A new high school is coming to downtown San Jose 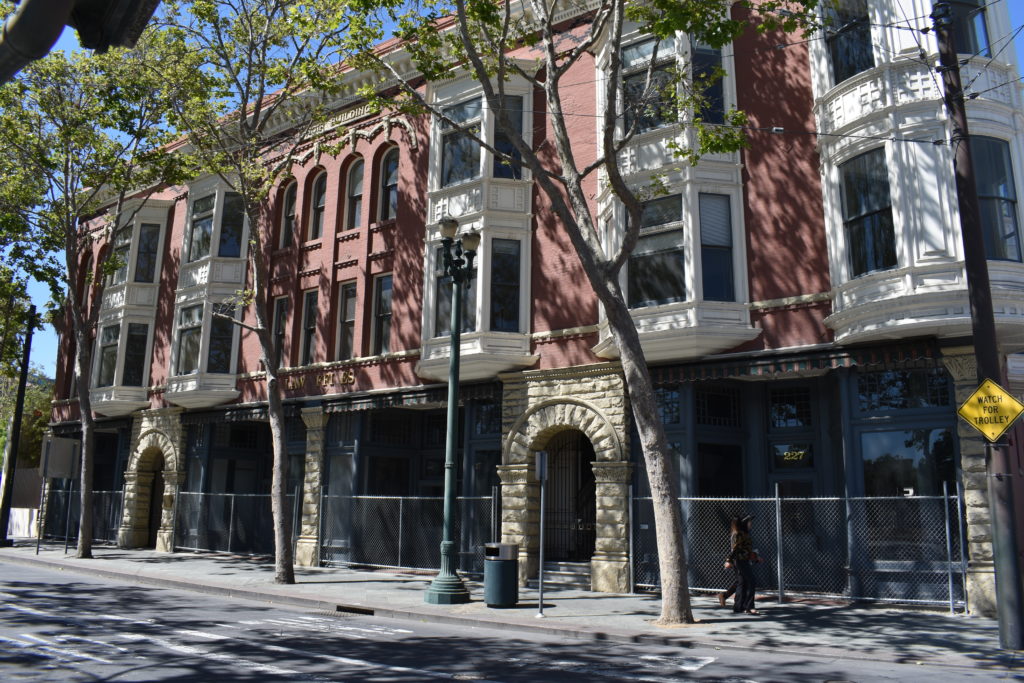 The move allows the Junior Kindergarten to eighth grade school, located on a 14-acre campus, to add high school classes in an urban setting. Founded in 1935, the elite private school with tuition up to $40,700 per year has an enrollment of 365 students.

Nanci Klein, director of economic development and cultural affairs for San Jose, said Hillbrook would bring life and investment to downtown, including customers for businesses and sales and property taxes for the city.

“Cities are most vibrant when they are home to the widest variety of ages, cultures, businesses and interests,” Klein told San José Spotlight. “We are already fortunate to be home to Notre Dame High School and San Jose State University and are pleased to be the new home of Hillbrook School. We also believe that the students will benefit from access to the city’s arts and cultural amenities and the major corporations in downtown.”

“We were really committed to being in downtown San Jose,” Silver told San José Spotlight. “We felt that was critical for the type of program that we want to offer.”

Downtown San Jose has had cycles of boom and bust and more recent challenges recovering from the pandemic. Tech workers going remote and the convention center being closed hit restaurants and businesses hard. The lack of foot traffic caused many to close, some for good. But some experts say the city is on the verge of transformation with projects like Google’s mega campus known as Downtown West. Hillbrook will be part of that future.

Hammers, owner of Pizza My Heart with a downtown location, said the school searched for years for the right setting and found it with the Moir Building.

The San Jose Armory is the future sight of Hillbrook School’s athletics, activities and theater. Photo by Lorraine Gabbert.

Klein said Hillbrook School will revitalize two significant downtown city landmarks. The Moir Building, built in 1894, is listed in the National Register of Historic Places. It housed the forerunner of a chamber of commerce and served as a hotel. The building is being renovated by owners Urban Community and Swenson Development and Construction.

The San Jose Armory will be used by the school for athletics, activities and theater. Owned by Urban Community, this city landmark was built in 1933 for the California National Guard. It’s one of the few remaining Works Progress Administration buildings downtown. Klein said the project helped San Jose weather the Great Depression and played an important role in supporting armed services in World War II.

Hillbrook is planning to start a freshman class at the armory in fall 2023, Hammers said. The school has to obtain a special use permit from the city after conducting a traffic study. The Moir Building, which requires retrofitting, will probably take two years before it’s ready for occupancy, he said, at which time a sophomore class will be added. In four years, he hopes the full high school will be realized with an enrollment of 300 students.

Urban Community partner Gary Dillabough, who estimates development costs in the low millions, said having an institution like Hillbrook will be transformative for downtown.

“Our hope is taking these beautiful, old buildings and finding purposes that are more appropriate to what’s taking place in the community today,” he said.

Dillabough said he would like to see more housing downtown with educational institutes nearby.

“They’re really forward thinking,” he said. “The downtown environment requires people coming together and having a common vision. We couldn’t have a better partner than Hillbrook.”