San Jose gets sued for ignoring its billboard rules 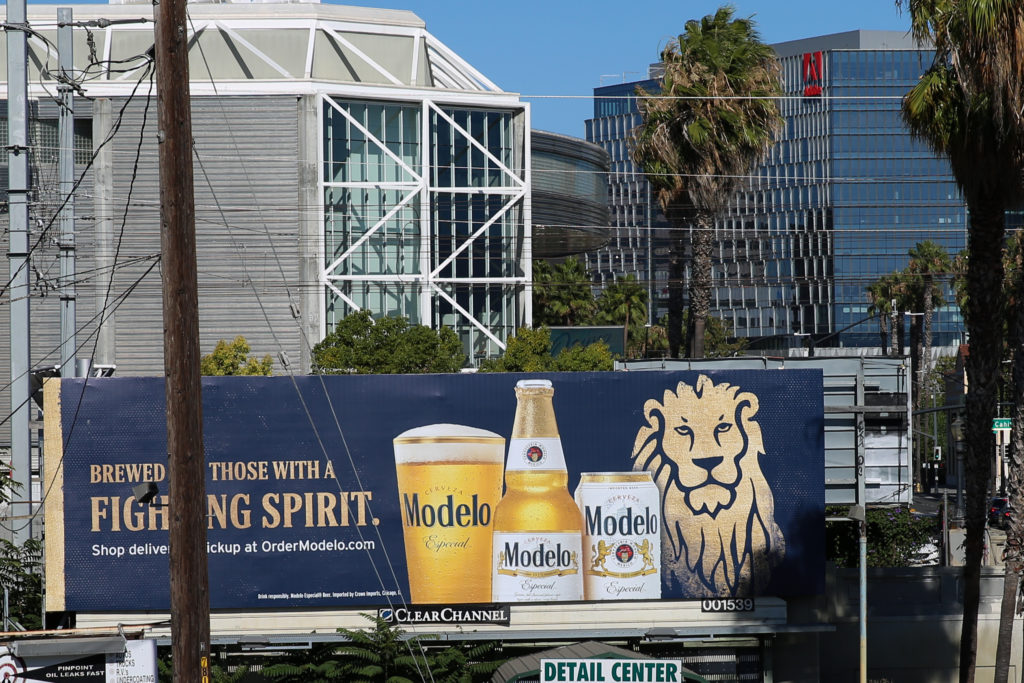 A billboard advertising giant is suing San Jose over a decision to allow a competitor to erect two digital billboards on airport property.

Outfront Media alleges in its lawsuit filed last month that the San Jose City Council “abused their discretion” and violated city policies by authorizing billboards from Clear Channel Outdoor, according to court filings. The city should have held a competitive process to collect bids for billboards from other vendors, including Outfront, the lawsuit says.

An attorney for Outfront Media did not respond to requests for comment, nor did a spokesperson for Clear Channel.

The lawsuit adds another chapter to a long debate over whether the city should allow new billboards on public land, following the council’s landmark decision in 2018 to lift a nearly 50-year ban on such advertisements. The council made history with a decision earlier this year to amend an airport master plan and authorize Clear Channel to install two 1,000-square-foot digital billboards south of Highway 101 at Mineta San Jose International Airport.

A Clear Channel Outdoor billboard at the corner of Stockton Avenue and The Alameda in San Jose near the SAP Center on Aug. 11, 2022. Photo by Joseph Geha.

The city hammered out a deal with Clear Channel in real time at the Feb. 15 meeting, negotiating with the company to pull down a dozen older, paper billboards around the city in exchange for the two digital ones.

Levitt: Electronic billboards may work for Denver but they should not define San Jose

City staff said the agreement could be authorized under San Jose’s longstanding airport advertising contract with Clear Channel, in place since 2007. But Outfront contends the agreement “expressly prohibits (Clear Channel) from installing or operating freestanding outdoor billboards anywhere at the airport,” according to its lawsuit. Outfront representatives told officials at numerous meetings there should be a bidding process for the billboards, but they were rebuffed.

The lawsuit also says the city’s policy on billboards, which it updated to allow new ones, specifically calls out the need for a competitive bidding process and the city “acted arbitrarily and capriciously by disregarding” its own requirement.

The city council’s approval of the deal with Clear Channel went against the San Jose Airport Commission recommendation, which twice rejected the idea. Commissioners cited a variety of concerns about the billboards, including questions over whether the city’s contract with Clear Channel would legally allow for the deal.

“We really felt that it was a stretch to take the existing contract and allow that contract to extend to outdoor billboards, especially when the initial contract specifically prohibited that,” Airport Commission Chair Dan Connolly told San José Spotlight. “I expected the lawsuit to be filed because I don’t think we did what we should have done. The city should have gone out to a competitive bidding process.”

In 2018 when the city was putting a plan in motion to undo the longstanding billboards ban, Connolly said he felt the city didn’t engage as much with the public as they should have. He said the city needs to be more transparent in its processes overall.

“The challenge we have many times in government is we find out about things way too late. Some of that I believe is by design. They want to keep it under wraps until the last minute so people don’t have the opportunity,” he said.

John Miller, a founding member of No Digital Billboards in San Jose—which has helped lead the fight against any new billboards in the city and refers to the signs as “parasites” on its website—said he isn’t surprised by the lawsuit.

“We remind the city that we told you so,” Miller told San José Spotlight. “We’d warned the city council that once you open the door to the billboard industry, you’re going to get lawsuits, because the industry sort of looks upon legal action as a cost of doing business.”