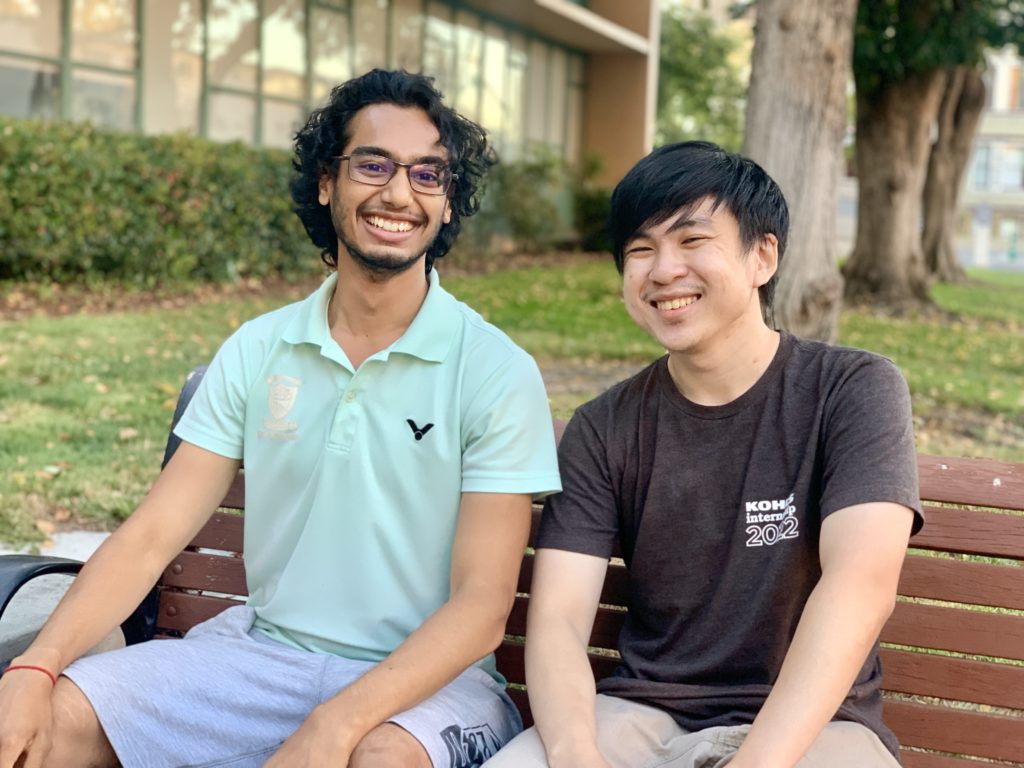 Brian Luu didn’t find out about President Joe Biden’s student loan forgiveness plan through Instagram or TikTok like his peers. He found out from a phone call with his mom.

“This would mean a lot for me and my family,” Luu, a San Jose State University computer science major, told San José Spotlight. “There’s a lot of financial insecurity going around.”

The federal government is canceling up to $20,000 for Pell Grant recipients and up to $10,000 in student loan debt for those who make less than $125,000 a year. Federal student loan repayment deadlines have also been extended until the end of the year.

While Luu’s family is excited at the possibility of getting relief for his and his brother’s student loans, he said they still have questions regarding eligibility and when loans will be forgiven.

“It’s not the most clear thing, right?” Luu told San José Spotlight. “Based on what we’ve heard, it sounds good.”

SJSU students Rahul Kandekar and Brian Luu. Luu said the student loan relief plan will alleviate both his and his brother’s loans. Photo by Loan-Anh Pham.

The plan will alleviate some of the financial burden impacting local college graduates and current students, some of whom experience homelessness while in school. Students and graduates who live in San Jose also have to manage in one of the most expensive places to rent in the nation, along with record-breaking inflation.

San Jose State loses out on millions in student housing

“They can be more selective and choose jobs that provide more training and more skills,” Carnoy told San José Spotlight. “If you have a lot of debt, you have to worry about that debt first, and then worry about your choices later.”

In addition to loan forgiveness, the plan proposes other measures to make repayments more manageable going forward. The federal government is proposing a new income-driven repayment structure. Monthly payments would be capped for undergraduate loans at 5% of a borrower’s discretionary income. It also suggests forgiving loan balances of $12,000 or less after 10 years.

“At some point, we have to address why it is that people have to take out these exorbitant amounts of student loan debt to fund their academic endeavors,” Davila told San José Spotlight. “Unless we address that, we’re always going to have a student loan debt crisis.”

Despite being freshmen, both are already thinking about student loans. Valencia told San José Spotlight she hasn’t borrowed any money for her first year, but could down the road. Ballesteros said she has already taken out $10,000 in loans and is considering taking out more to finance her future years of college.

“It’s barely the second week of school, and I still have that in my mind: once I graduate I’m gonna have to pay back that $10,000,” said Ballesteros, a political science major.

Winniefred Acheampong, an advertising major at SJSU, feels relieved hearing about the student loan forgiveness plan. She is set to graduate in December. Photo by Loan-Anh Pham.

States should also be doing more to address the student loan debt crisis and college affordability at large, Carnoy said. While the federal government provides relief in terms of student loans, grants and work-study programs, states could work toward making community colleges and state universities free entirely. California’s College Promise program, which started in 2017 and was expanded in 2019, offers eligible students free tuition for two years—but that promise is not extended across all community colleges and doesn’t cover other costs, including books and housing.

For SJSU advertising major Winniefred Acheampong, student loan forgiveness means one less thing to worry about. She is graduating in December and has accumulated $13,000 in student loans.

“When you’re close to graduating, you have to worry about finding a full time job or internship. You got to focus on graduation,” Acheampong told San José Spotlight. “It’s a sigh of relief… another burden that I don’t have to carry.”