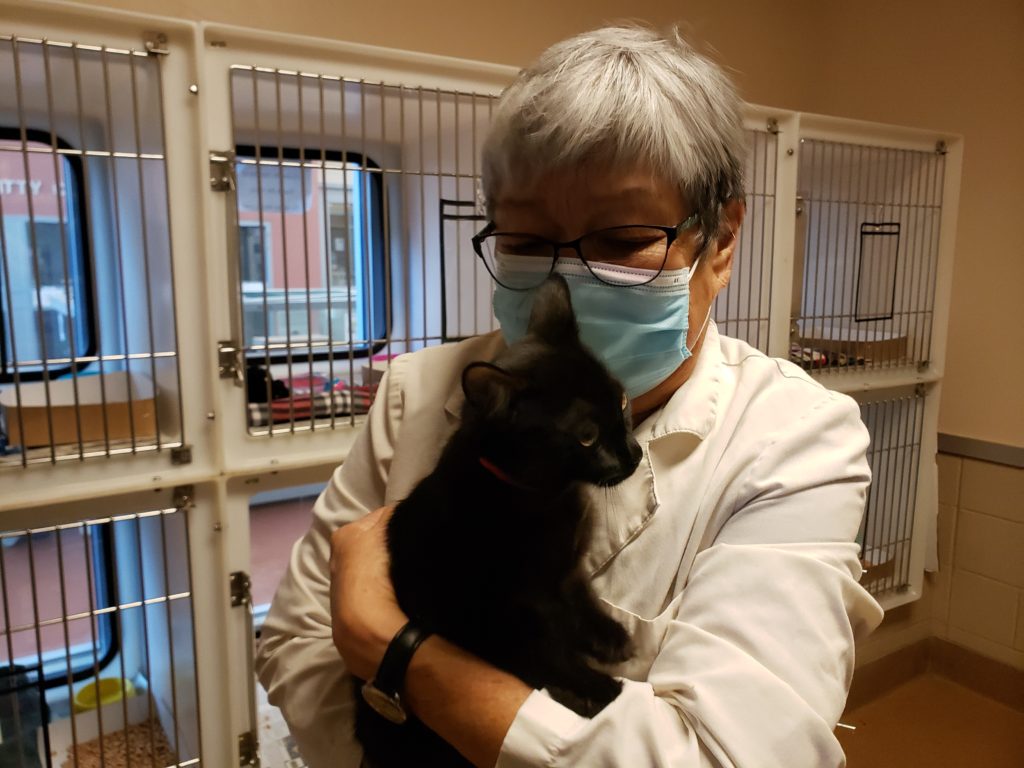 San Jose is increasing the salary range for veterinarians by nearly 47% this year, hoping to fill monthslong vacancies for two roles in its backlogged animal shelter.

While a full-time vet hired in the city before February would earn roughly $95,000 to $115,000 annually in base salary, the San Jose City Council has since sweetened the deal three times.

Following the latest change made by councilmembers this week and a small cost of living increase in July, a full-time vet hired to work at the San Jose Animal Care Center in September would earn roughly $139,000 to $169,000, and receive a hiring bonus of $20,000 spread over the first year of employment.

Officials say the bonuses and salary increases are needed as the city tries to compete during a national shortage of veterinarians, all while the animal shelter has temporarily cut some services and fallen behind in animal adoptions.

“I’m confident this will at least begin to alleviate a crisis that we’re experiencing in the city of San Jose by increasing the staffing levels,” Councilmember Magdalena Carrasco said Tuesday when the compensation increase was approved.

Erin Cizan, spokesperson for the city’s animal services division, said in addition to salary surveys last year, the city has been talking with other shelters around the state to learn what they’re paying veterinarians and about their hiring experiences.

“We’ve discovered that the market is such that we absolutely need to really up our game,” Cizan told San José Spotlight. “You really have to create an enticing offer to get quality talent to come and join your team.”

Too many pets, not enough vets

Experts say what’s happening in San Jose is a symptom of a simple supply and demand imbalance.

But with only a little more than 30 veterinary schools in the nation—and a four-year degree required to graduate—the number of working veterinarians isn’t keeping pace with demand, according to Dr. Keith Rode, a veterinarian and president of the California Veterinary Medical Association.

“You can’t just flip a switch and all of a sudden this coming year graduate twice the number of veterinarians that you did the year before,” Rode told San José Spotlight.

While Rode said he’s pleasantly surprised to see a city shelter like San Jose’s offering solid compensation packages to vets, it still might not be enough.

The city saw this firsthand even after its significant pay bump in February. Only one qualified application for a full-time veterinarian position was submitted, and ultimately the applicant turned down the job because the pay was too low, Cizan said.

“A private practitioner veterinarian in Santa Clara County can probably earn, at a busy small animal hospital, significantly more than what the shelter is offering,” Rode said.

The shelter has also temporarily cut services to the public, including its low-cost spay and neutering services for pets and its trap-neuter-release programs for feral cats that volunteers catch and bring to the shelter.

“That’s a struggle for us. But we want to restart those programs the moment we have an opportunity to do so,” said Cizan, adding the expanding street cat population should be able to be “capped off again” when trap-neuter-release restarts.

“We’re the 10th largest city in the country and it is one of the wealthiest cities in the country,” Chasson told San José Spotlight. “Surely we can do better for our animals than to have part-time or no veterinary care at our city shelter.”