How can UCSF house its new workers? 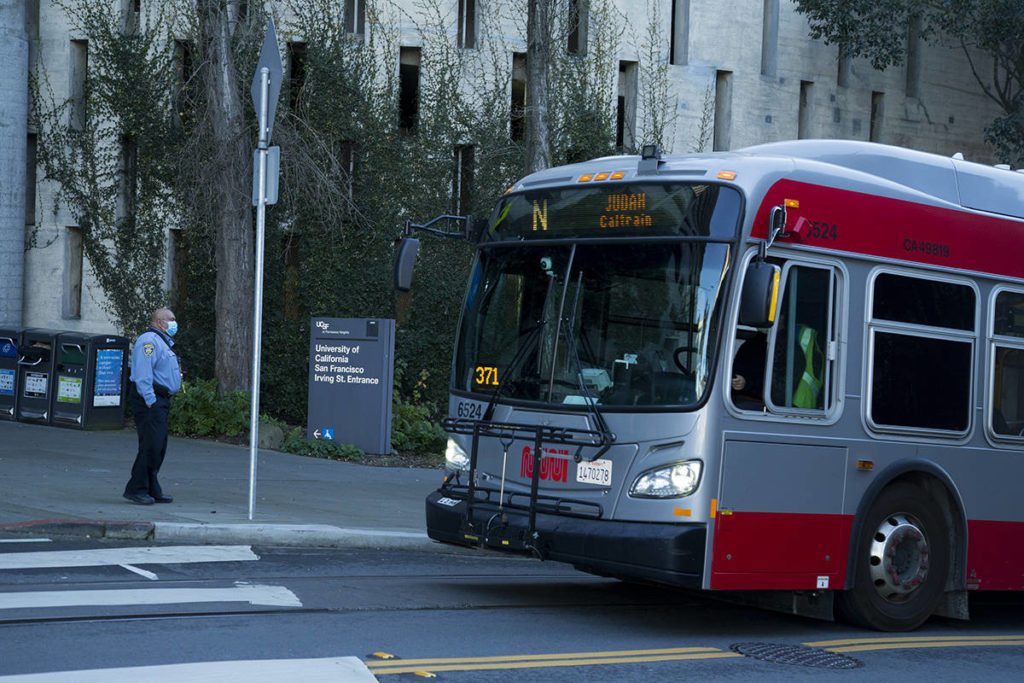 By Fernando Martí and Peter Cohen

Healthcare infrastructure has long been a foundation for San Francisco’s economy. So it’s good to see UCSF’s modernization at the Parnassus campus. UCSF has rightly proposed constructing new homes along with its expansion to mitigate the increased housing needs for its workforce. As we’ve been saying for years, a functioning city needs to house its workers!

UCSF will increase the size of its Parnassus campus by 50%. With 4,000 expected new permanent jobs, between faculty, researchers and support staff, the expansion will have an impact on the city’s housing capacity and on the surrounding neighborhood. If the project doesn’t include enough homes, new higher-wage workers will compete with local residents for scarce housing and exacerbate displacement. And new lower-wage workers will be pushed to find housing outside the city, many forced into long mega-commutes.

But are the 1,263 units proposed by UCSF sufficient to house 4,000 new worker households? What amount should be affordable and at what affordability levels? In other words, what would it take for the project to adequately house its workers? We don’t know, because the Planning Department has not provided the needed Jobs-Housing Fit analysis.

Getting to a “Jobs-Housing Fit”

In 2019 San Francisco passed legislation mandating the Planning Department to perform an annual Jobs-Housing Fit analysis, so decisionmakers can understand the consequences of economic growth and plan accordingly. Jobs-Housing Fit begins by analyzing the wages of workers, and the housing needs based on those wages. The first annual report was supposed to be done a year ago – and the City is still waiting.

The legislation also called for specific Jobs-Housing Fit analysis for major development projects. UCSF’s Parnassus expansion would have been the first test case of this due diligence. None of this analysis was available as the City entered into negotiations with UCSF on its development plans. And if neither UCSF or the City is willing to take responsibility for housing the growing workforce, they need to at least understand and acknowledge the impact – to the workers, the neighborhood, and the region.

Our progressive city has been a leader in some sophisticated planning and housing policy, based on evidence and data. A Jobs-Housing Fit should be the foundation for understanding exactly how many units would be needed to housing the new employees, what percent would be affordable, and at what affordability levels to fit the wages of the new workforce. For example, UCSF has proposed that 40% of those 1,263 units be affordable, half priced at 80% AMI and half at 120% AMI. The Planning Department should have the necessary data to tell decisionmakers whether those are the right numbers. Will that proposal leave essential service workers, janitors, chefs, and admin assistants who are the backbone of the healthcare operations to fend for themselves in finding homes?

In economics, these are called “externalities:” a consequence of an economic activity not reflected in its cost. In other words, let others deal with the problem.

A good project would include a housing program that addresses the consequences of job growth. For starters, it would ensure housing that serves the full range of worker incomes. The project could provide more finely-tuned “tiers” of affordability: perhaps one quarter of the affordable homes each at 60%, 80%, 100%, and 120% of the area median income, ensuring no workers are left out. The construction of the affordable units would align in real time with the growth in the workforce, not 15 years after the workforce is added. The homes should be permanently affordable – not left to “expire” after a few decades. And whatever agreement the City comes up with UCSF on this housing program should be binding.

As a major employer and partner for the City, UCSF has the responsibility to get this done right. And the Planning Department has the responsibility to bring good data to the table. With the UCSF expansion temporarily stalled in the face of a lawsuit, the Planning Department has the opportunity to complete the needed analysis, and the City and UCSF have a chance to come back with a plan that truly addresses how it will house its workers.

San Francisco is a national leader in housing policy. The UCSF Parnassus expansion and the 4,000 new workers it represents is a test for how the City maintains that leadership.

Share
Facebook
Twitter
Pinterest
WhatsApp
Previous articlePolice Chief Bill Scott on the state of S.F.: ‘I just try to do what I believe is right’
Next articleCOVID is reshaping the streets of San Francisco
- Advertisement -