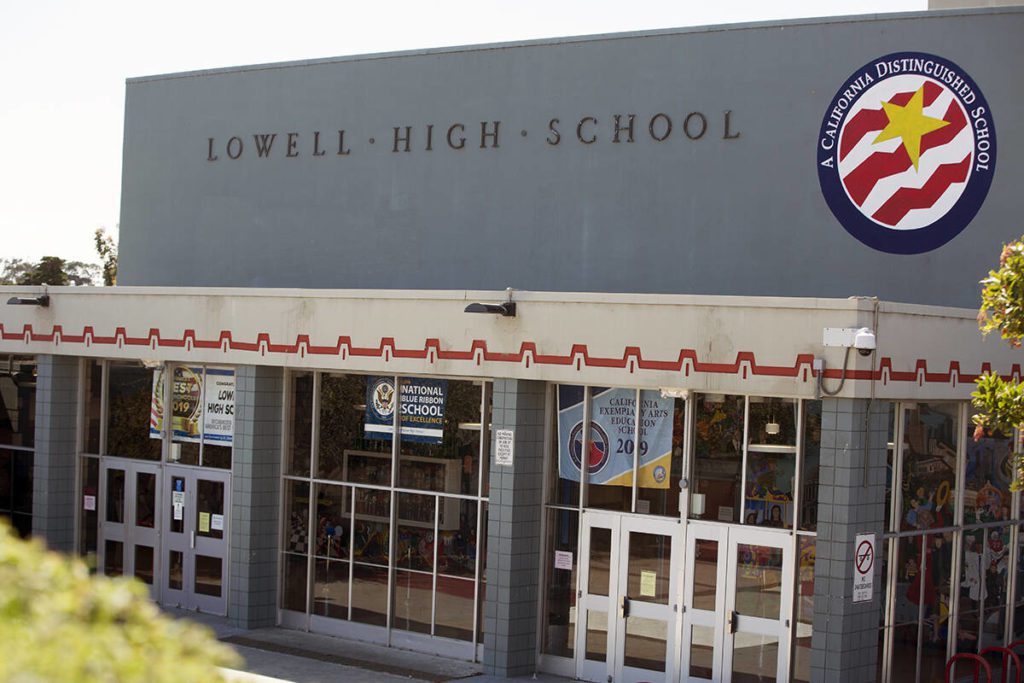 By Kate Lazarus and John Crittenden

Recently, we have seen the reemergence of a longstanding misconception that the California Education Code section requiring “random, unbiased” school selection makes Lowell High School’s academic admissions illegal. But that provision, part of a 1993 district-wide school choice law, merely keeps popular schools from cherry-picking top students and athletes. It has nothing to do with academic entrance criteria, which Lowell has used for generations.

The education code section in question, Section 35160.5(b)(2)(B), originated in Assembly Bill 1114, which Assemblymember Dede Alpert (D-Coronado) introduced in March 1993 amid a debate about school choice, at a time when most public school students were assigned to their neighborhood schools.

“The purpose of (Alpert’s) bill,” according to the April 14, 1993, Bill Analysis, was “to give parents the opportunity to select schools in the district in which they reside that best fit their children’s educational needs in the public school environment.”

But then Proposition 174, which would make the state provide vouchers for religious and other private schools, qualified for the November 1993 ballot. That prompted “swift passage” of the Alpert bill, the Los Angeles Times reported on Aug. 23, 1993.

In short, the bill was simply about increasing public school choice and stopping the voucher movement — and it was successful, as Proposition 174 failed in a landslide. The new law had nothing to do with the selective admissions policies at Lowell or other academic high schools like Gretchen Whitney High School in Cerritos or California Academy of Mathematics and Science in Carson.

Section 35160.5(b)(2)(B), which some insist makes Lowell’s academic admissions illegal, merely kept oversubscribed schools under the new choice system from taking advantage of their popularity to siphon off top academic performers and athletes.

It required schools receiving requests exceeding capacity to select enrollees “through a random, unbiased process that prohibits evaluation of whether a pupil should be enrolled based on the pupil’s academic or athletic performance.”

Nothing in that law, the legislative history or contemporaneous news stories says anything about ending academic admissions at schools like Lowell.

To the contrary, the law grandfathers in schools like Lowell, saying, “school districts may employ existing entrance criteria for specialized schools or programs if the criteria are uniformly applied to all applicants.”

A draft December 1993 memorandum from Acting Superintendent of Public Instruction William D. Dawson to local superintendents stated: “It is the view of (the California Department of Education) that districts may continue to employ entrance criteria for schools such as magnet schools, and they may develop criteria for any magnet schools established in the future.”

Dawson’s advisory noted Alpert’s view that, far from denying schools like Lowell the authority to use academic criteria, the “random” and “unbiased” admissions rule served to preserve that authority, explaining:

“(T)he language in these bills was only meant to assure districts with existing magnet or other specialized programs, including GATE programs, that these programs were not preempted by the random and unbiased selection process.”

Lowell has used academic admissions since 1966, according to student publication The Lowell.

As of September, SFUSD’s website described Lowell as “serving students from throughout the city who demonstrate academic excellence and are motivated to pursue a rigorous college preparatory program.”

In 2001, the federal court approved a district-wide desegregation settlement that carved out Lowell’s and Ruth Asawa School of the Arts’ selective admissions programs.

If Section 35160.5(b)(2)(B) barred academic admissions at Lowell, the state Department of Education would have told Lowell to stop using them in 1994, and the federal court would have disallowed them in 2001. But they didn’t.

But those sections were added in 1983 and amended in 1985 and 1987, long after Lowell was established, in practice, as an academic-focused college preparatory school with a mission and admissions distinct from those of SFUSD comprehensive high schools.