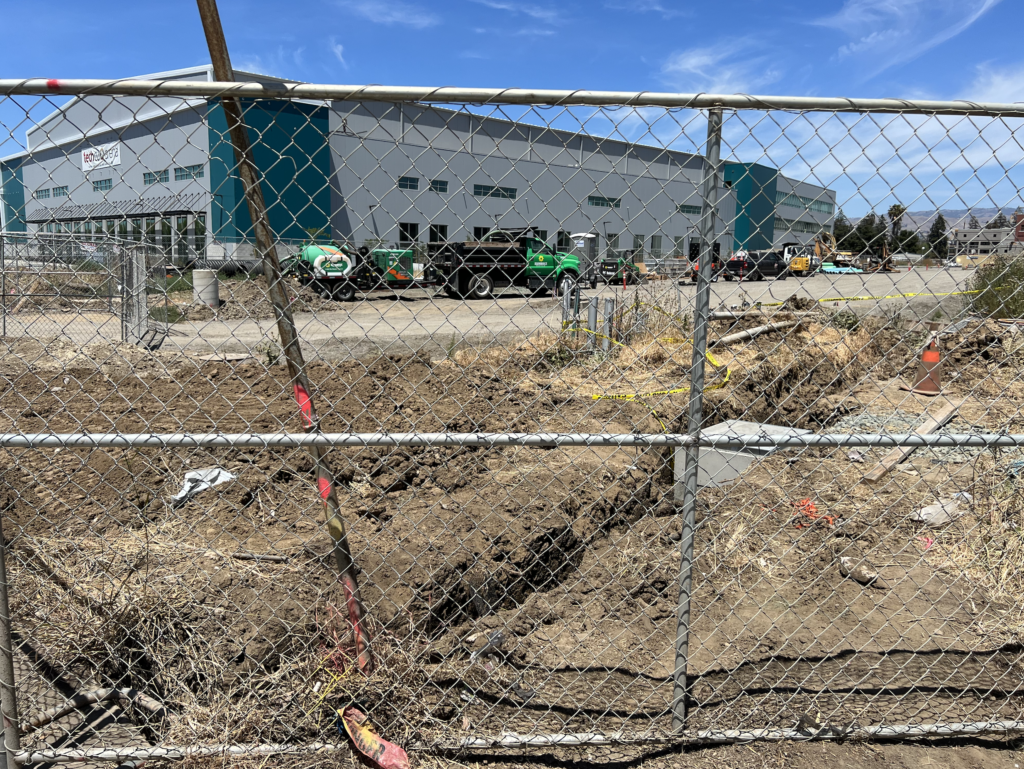 Jon Gustafson, senior vice president of SAP Center and Sharks Ice, has dedicated most of his career to growing the game of hockey in San Jose. Now, Gustafson is leading a major expansion of Sharks Ice and opening the South Bay’s newest ice arena.

This next chapter of Gustafson’s efforts is close to reality. The San Jose Barracuda, a minor league hockey team affiliated with the Sharks, will begin playing at the ice rink later this year. A grand opening is planned for late August.

The 4,200-seat Tech CU Arena, located on 10th Street next to the Sharks Ice facility, is part of a 200,000-square foot expansion of the existing facility. With two more ice sheets being added for a total of six, the hockey rink—owned by the City of San Jose and managed and operated by Sharks Sports and Entertainment—just might be the largest ice facility west of the Mississippi River at almost 400,000 square feet, city officials said.

The Sharks Ice expansion could help lift the economics of downtown San Jose, which has been slow to recover from the COVID-19 pandemic.

“Those 4,000 people are not just going to be attending a sporting event or an event at the arena,” Derrick Seaver, president and CEO of the San Jose Chamber of Commerce, told San José Spotlight. “They’re going to be eating out. They’re going to be drinking. They’re going to be shopping. People look at sports, arts and entertainment as economic drivers because these are folks that are coming not just for the event itself, but for everything around it.”

The Sharks Ice expansion will make it the largest ice facility under one roof west of the Mississippi River at just under 400,000 square feet, officials say. Photo by Eric He.

Several major national events are already on the schedule at Tech CU Arena, including the NHL Rookie Faceoff in September, the U.S. Figure Skating Championships in 2023 and the AHL All-Star Game in 2024. Officials are also in discussions with USA Curling, other hockey tournaments and concert promoters seeking a smaller setting than the 17,562-seat SAP Center.

With the Barracuda moving to their own arena, more than 30 dates will be freed up at SAP Center, their former home.

“We all know what impact that has to the downtown and our downtown partners, the restaurants, the hotels and simultaneously, there could be a point in time where we have events on the same night as SAP Center,” Gustafson told San José Spotlight.

Sharks agree not to sue San Jose over Google

Gustafson understands the business of hockey, dating back to the mid-90s when he served as the general manager of San Jose’s roller hockey team. He took over the Sharks Ice operation in 2000 and in 2015 relocated the Sharks’ minor league affiliate from Worcester, Massachusetts to San Jose.

He declined to share revenue projections, since Sharks Ice is first obligated to pay back a $150 million city bond from 2020 for the facility’s expansion. The construction cost of the expansion project, which includes both rinks, the arena and other facility amenities, is $120 million.

Ice rinks are expensive, Klein said. A government rate is cheaper than one from a private entity, and the Sharks have been a reliable partner.

“We are confident in the investment,” Klein said. “The city is sure that the public doesn’t pay. Because the Sharks pay those dollars back. It’s an opportunity for creative use of financing.”

A major event like the U.S. Figure Skating Championships could bring in between $7 million and $12 million to downtown San Jose, while a large youth hockey tournament with approximately 125 teams participating could fetch up to $1 million, John Poch, executive director of the San Jose Sports Authority, told San José Spotlight. The nonprofit works with the city to book sporting events.

There are local models for the Barracuda to follow. The San Jose Giants, who play at Excite Ballpark—which is right next to Sharks Ice—are the Single-A affiliate of the San Francisco Giants, and the Santa Cruz Warriors are the G League affiliate of the Golden State Warriors. Both teams have developed their own identities despite being in the same market as their respective big clubs.

For Gustafson, beyond having an arena “designed appropriately” for a minor league hockey team, the fact that Sharks Ice is also being used by the community year-round is what separates the facility from its local peers.

“All the kids, whether they’re figure skating or playing youth hockey, they’ll have the opportunity to play in the same facility (as the Barracuda),” Gustafson said. “That’s something we’re very excited about.”