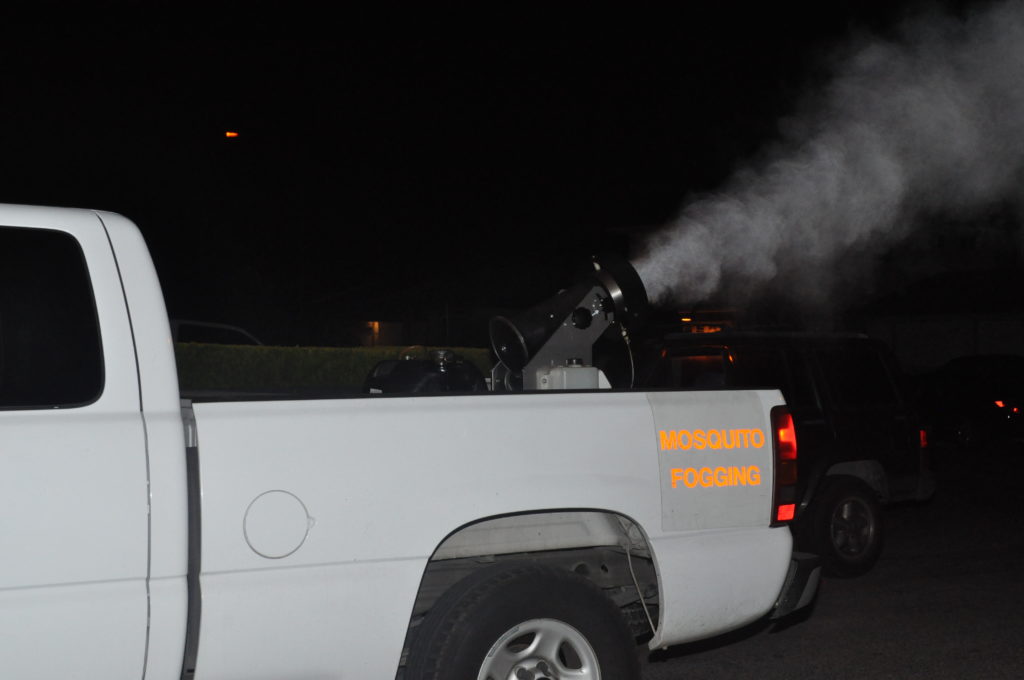 Mosquitoes with West Nile virus have been found in Sunnyvale and Santa Clara.

West Nile virus can cause headaches, joint pain, vomiting and diarrhea. Perez said people with immunocompromised systems, those over the age of 50 or very young children can develop more severe symptoms like neurological damage or even die from the disease. Individuals with diabetes, high blood pressure, cancer and kidney disease are most at risk for serious complications.

Perez recommends residents take preventative measures around their homes, dumping and draining stagnant water weekly, fixing leaky faucets and not over-watering plants or lawns to reduce the amount of water available for mosquitoes to breed in. She advocates residents take the time to educate friends and family about prevention.

“In order for mosquitoes to survive, they need standing water,” she said, adding mosquitoes can breed in even the smallest pockets of water like rain gutters, in a puddle atop broken sprinkler heads or on a leaky faucet.

First detected in 2003, Vector Control has been conducting truck-mounted treatments regularly to reduce West Nile virus transmitting mosquitoes. Over the past 19 years, 7,474 people have contracted the disease in California and 359 have died, according to Vector Control. In 2015, there were 55 related fatalities in the state. In 2021, there were 12.

The district is a part of the county’s environmental health department and protects the public from any vector, be it animal or insect, that can transmit diseases to humans or animals. In addition to the transmission of West Nile virus, the agency addresses ticks that transmit lyme disease and bats that transmit rabies.

Santa Clara Councilmember Kevin Park said both West Nile virus and the spray to get rid of it are a concern and cautions residents to be careful. He suggests residents use insecticides and repellents as mosquito season is approaching.

“If you know people are spraying in the area, stay inside,” Park said. “Wait until morning when hopefully the sunlight will get rid of the spray. If you’re going out, be covered with face masks, long sleeves and long pants.”

According to Vector Control, there is no need to relocate during the spray, as mosquito treatments pose minimal risk to people, animals and the environment. Those who want to take extra precautions can keep family and pets inside during the treatment, with windows and doors shut.

“Getting a mosquito bite during this time is not a reason to panic,” she said. “However about 20% of infected mosquito bites do result in an infection… which can be serious.”

She said West Nile virus symptoms are like a flu with fever, swollen glands, muscle aches, headaches and sometimes diarrhea or rash. She said in rare cases, West Nile virus can cause a brain infection or a polio-like illness with weakness of an arm or leg.