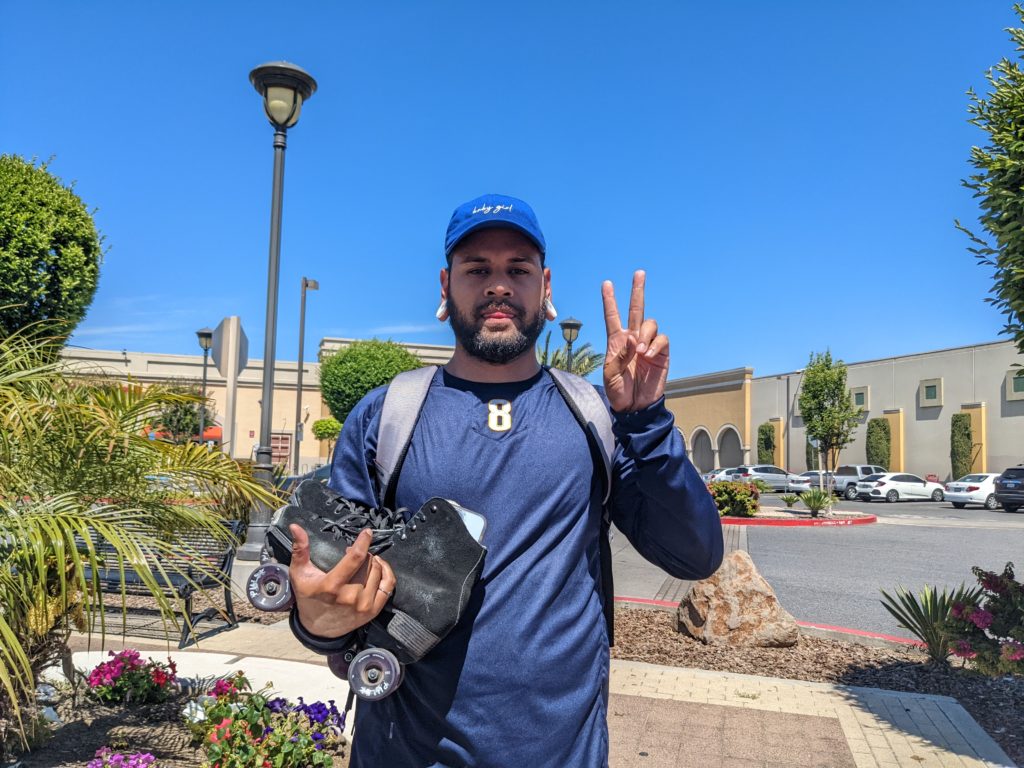 Most Santa Clara County residents who registered to vote chose not to participate this election cycle—with some saying they’ve either lost faith in the system or don’t feel informed enough to make a decision.

Only about 24.21% of registered voters in the county cast their ballots on June 7, drastically lower than the estimated 35% officials expected. This election is expected to have the lowest turnout rate in county history.

Tulonesia Ofuhiva, 28 from East San Jose, said he did not vote because he has lost faith in the political system. Photo by Annalise Freimarck.

Tulonesia Ofuhiva, a 28-year-old resident of East San Jose, did not vote and only knew about the mayoral election because his sister mentioned it to him.

“I feel like my vote doesn’t matter,” he told San José Spotlight. “I just don’t believe in the system, so I don’t vote.”

He said in order for him to vote, he needs to see changes in representation, including more people of color and LGBTQ+ people in political positions.

Denisse Gil, a 38-year-old student at San Jose State University from Redwood City, did not vote because she did not feel she had enough information sent to her. Photo by Annalise Freimarck.

Denisse Gil, a 38-year-old San Jose State student from Redwood City, said she did not vote because she didn’t feel she was informed enough to make decisions on the candidates. Gil said if she had received more information from the candidates informing her about themselves, she would have voted.

“I would like to see more inclusion (of) the Latino community,” she told San José Spotlight.

According to data on mail-in ballots from PDI Inc., Latinos had the lowest turnout of any group with 17%.

Mariana Silva, 18 from Evergreen, said she didn’t vote because she hasn’t registered yet due to just becoming eligible to participate. She said she plans to vote in future elections.

“I think what’s important is that voices are heard from all minority groups,” she told San José Spotlight.

Josiah Tortales, 17, agreed with Silva and said he will register to vote when he turns 18.

People aged 18 to 34 had the lowest voter turnout among the various age groups in the June primary, with only 13% voting.

Miguel Memogillo, a 22-year-old San Jose State student from San Jose, said he accidentally missed the deadline to mail in his ballot. Photo by Annalise Freimarck.

Miguel Memogillo, a 22-year-old San Jose State student from San Jose, said he planned to vote by mail, but didn’t know the election had already passed.

“Things just kind of got hectic and it slips your mind,” he said.

He said he is more informed about national elections than local elections, but plans to vote in the general election on Nov. 8.

Ranjana Fyer, a 21-year-old San Jose State student from near Saratoga, said she voted and believes more people in her age demographic should cast their ballots. Photo by Annalise Freimarck.

Ranjana Fyer, a 21-year-old San Jose State student from neighboring Saratoga, said she did vote in the election.

“I feel like as a society, it’s not just about electing the president, it’s about electing local leaders who will make community changes,” she said. “When you don’t vote, you don’t have a voice.”