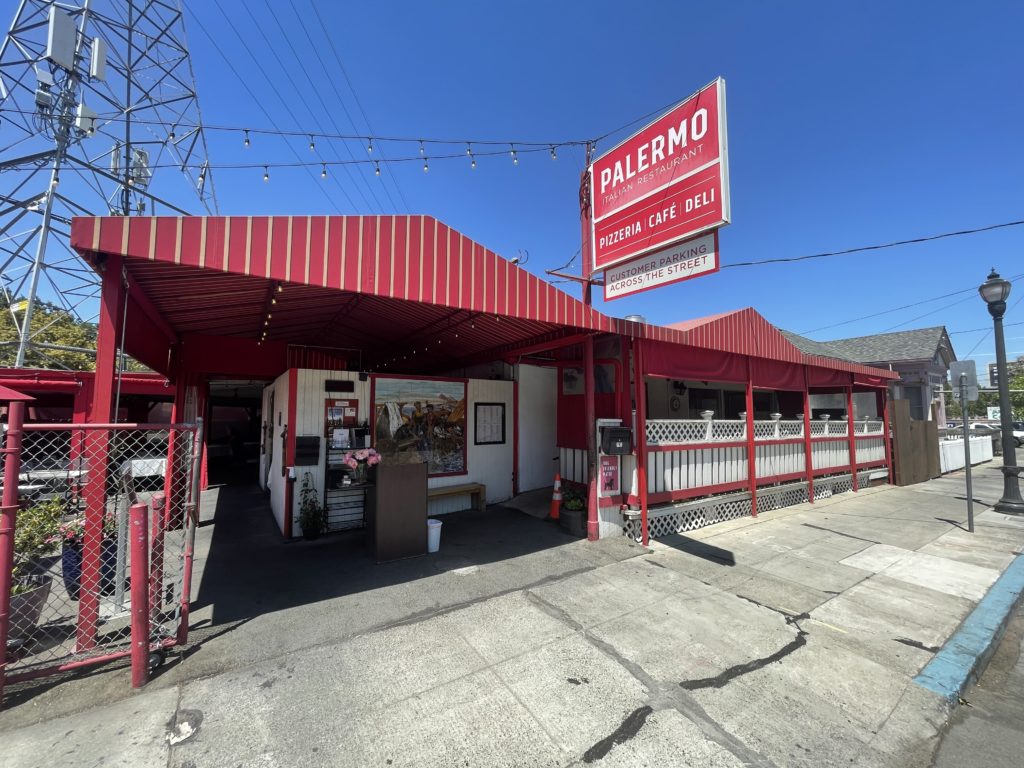 One of the greatest culinary marriages came about when dried pasta, introduced by the Arabs to Sicily in the 12th century, met tomatoes grown from seeds brought to 16th century Spanish Palermo after Hernán Cortés gathered them from Montezuma’s gardens.

Regardless of its international foundations, red sauces and pasta dishes have come to define popular Italian cuisine. Palermo Italian Restaurant, at 791 Auzerais Ave. in San Jose, stays true to that tradition with its take on great Sicilian dishes.

“Our menu, except for a few items, is a very typical Southern Italian and Sicilian menu,” said Diane Cusimano, who co-owns Palermo with her husband Renato. “Lots of tomato sauce, lots of veggies, eggplant, peppers and fish. The cream sauces are all from Northern Italy, and we have those too, because Americans love Alfredo sauce.”

Before they settled into what they thought would be their retirement, the Cusimanos, both 69 years old, ran two other iterations of Palermo restaurants—one in San Jose for 20 years and another in Redwood City for five years. Then, in 2017, they got a call from Tony Paradiso, who was closing the family-owned Paradiso Deli after 50 years.

“He said, ‘I am ready to retire and I want it to remain an Italian restaurant,’” Cusimano told San José Spotlight. “Renato always loved this location and when he got the chance to buy it, he was thrilled. So we bought it, we opened up and here we are.”

The only major change the Cusimanos made was to reopen a spacious covered patio which is surrounded by trees and overlooks Los Gatos Creek. The patio is currently the default seating area for customers, but there are two indoor dining rooms available as well.

“As the Palermo family got older, they started shutting down parts of the building,” Cusimano said. “We started using the patio again and when COVID hit, we expanded it even more to give us more space with a lot of air movement. ”

What the menu offers

With Renato having been born and raised in Palermo, the menu, of course, remained primarily Sicilian. But there are exceptions.

Chicken Parmigiana is such a standard menu item that it easily serves as a litmus test of a restaurant. Here, the dish is created with the usual ingredients—a chicken cutlet pounded thin and breaded, topped with a red sauce and melted mozzarella cheese. The flavors are balanced so well that the free range chicken flavor is front and center rather than buried in the mix, harmonizing with a smooth and rich red sauce that has a slight acid in the finish which highlights the quality of the tomatoes.

The secret to the sauce, according to Cusimano, begins with those tomatoes.

“We use imported San Marzano tomatoes, which are the No. 1 canned tomato in Italy,” she said. “And then we add the fresh basil and the fresh garlic and the right amount of salt and pepper. But then you have to know how to cook it. My husband and our staff grew up in Italy and in the restaurant business. They know that quality ingredients and proper cooking will always make a successful plate.”

If you really want to dig into the foods of Sicily, start with the original dish, Eggplant alla Parmigiana, and ask for Spaghetti alla Carrettiera—pure Sicilian peasant food not always offered on Italian restaurant menus.

The name “carrettiera” comes from the donkey carts that would bring the pasta out to workers in the field, where the basic dish would be prepared. Using only extra virgin olive oil, sliced garlic, parsley and crushed red pepper, this dish, when prepared correctly, is unbeatable. There is a knack to making simple dishes perfectly, and Palermo’s version has just enough sliced garlic to warm the dish and just enough red pepper to give it a slight kick in the finish.

Besides the Italian foods and wines, Palermo also has two full bars.

“People love our bar,” Cusimano said. “We have a great bartender and we serve Italian drinks like campari, limoncello, negronis and aperol spritzes, as well as old fashioneds or anything else you want.”

It was the bar that first drew customer Michelle Aldape to Palermo’s five years ago. She recently visited the restaurant to celebrate a friend’s birthday.

She and her party enjoyed the Burrata Special—mozzarella, prosciutto di Parma, marinated artichokes, roasted red and yellow peppers and sun dried tomatoes—and a Margherita pizza, along with orders of the tortellini and meatball soup.

“Honestly, for me, I just love the old fashioned ambiance of the place,” she told San José Spotlight. “I come here because I can get really good grounding food; comfort food that is nostalgic and tastes homemade.”

What puts them on the map: Authentic Sicilian cuisine