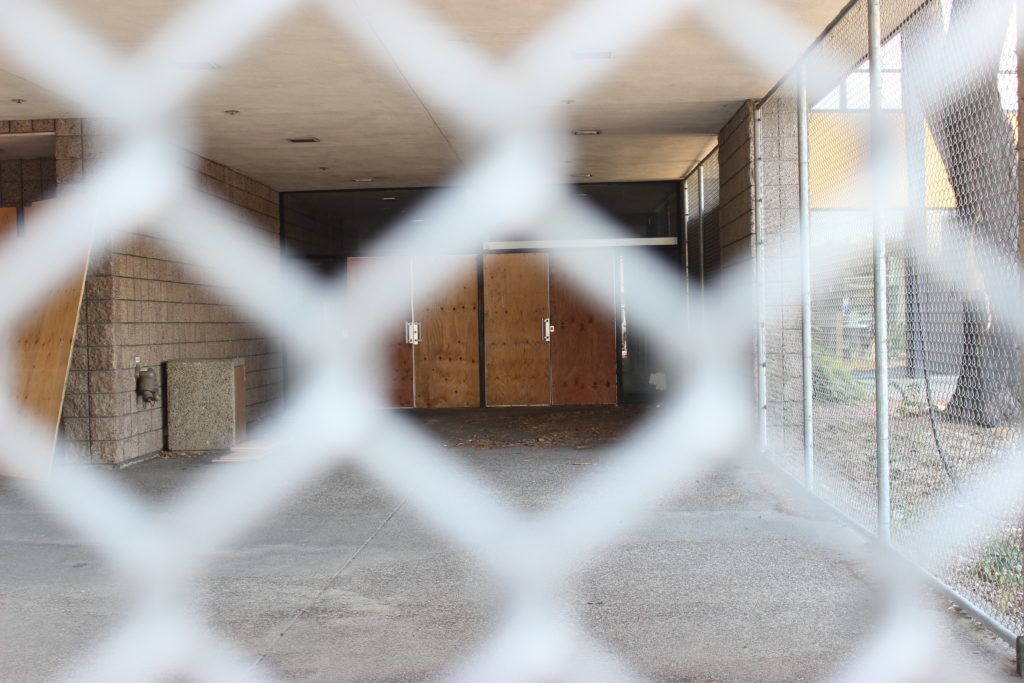 A proposal to demolish San Jose’s former City Hall has encountered resistance from a county commission and local preservationists.

The Santa Clara County Historical Heritage Commission voted unanimously last week against an application to demolish the old City Hall at 801 N. 1st St. The recommendation will be referred to the Board of Supervisors, which will make a final determination at a later date on what to do with the nearly 65-year-old building.

Santa Clara County officials proposed demolishing the building a couple years ago, arguing it would be infeasible to retain or reuse it for another purpose. But preservationists—alarmed at the prospect of losing a prized San Jose historical landmark—claim the county isn’t giving enough thought to how it might save the building.

“We really think the county hasn’t tried hard enough—really hasn’t tried at all,” Ben Leech, executive director of the Preservation Action Council of San Jose, told San José Spotlight. “Demolishing with no plan for the site is a catastrophic lost opportunity.”

The doors to the old San Jose City Hall are boarded up. Photo by Jana Kadah.

Built in 1958, San Jose’s former City Hall was considered one of the first modern civic buildings on the West Coast, and one of the most important mid-century buildings that survives in the city, Leech said. The old City Hall hosted some of the first major power brokers in San Jose, including the first Asian American mayor of a major city Norm Mineta, as well as Janet Gray Hayes, the first female mayor of a large American city.

After San Jose transferred its administration to current facilities on Santa Clara Street in 2005, the former City Hall was mostly abandoned, aside from occasional use as a storage facility and for law enforcement training. Santa Clara County took ownership of the site in 2011. Advocates pushed the county to use the former annex as a homeless shelter, but officials nixed the idea, saying it wasn’t viable. They voted to demolish the annex and turn it into a temporary parking lot.

County officials told San José Spotlight it costs approximately $100,000 per year to maintain the site. While a demolition is estimated to cost about $10 million, officials claim it would cost more than $100 million to reuse the building for another purpose.

“We absolutely agree with the importance of keeping historical and architecturally valuable buildings when possible,” a county official said. “However, several in-depth studies have shown that it is not economically feasible for us to reuse this building. As a county administration, it is our responsibility to spend taxpayer funds wisely and to maximize the use of all county-owned land so we have enough resources to maintain vital services for our entire community.”

Preservationists claim the county’s studies don’t fairly portray the redevelopment potential of the former City Hall. They are also concerned the county wants to demolish the building with no plans to replace it with anything.

“We believe that approval of the demolition of the former San Jose City Hall would set a dangerous precedent with regards to the city of San Jose and Santa Clara County’s commitment to historic preservation, including its own preservation ordinance… and its commitment to sustainability,” Hannah Simonson, president of the Northern California chapter of the Documentation and Conservation of the Modern Movement, said in a statement to the county.

“This is a time when San Jose was adding territory to the city limits like crazy, and of course to keep up with that, you had buildings like this,” he said. “I think it does represent a progressive self image for San Jose, which (at the time) was not getting great praise as a sophisticated place.”

Several people who submitted letters to the Historical Heritage Commission argued the building and its surrounding site can be adapted and reused. Leech said some of the options include building residential towers near or on the site and setting up mixed-use developments or offices.

“Based on our experience the former City Hall would be an outstanding candidate for housing or even (a) hotel,” Karin Liljegren, principal and founder of Omgivning Architecture and Interiors, said in a statement. “We feel that the (county’s) reports showing the adaptive reuse to be infeasible are inadequate and inaccurate.”

Leech said county officials should give serious thought to the consequences of eliminating a historic building in San Jose. He noted people now lament the demolition of the City Hall that preceded the one built in 1958.

“Every generation thinks it’s better to tear everything down and start from scratch because that’s new and exciting,” Leech said. “Every generation regrets that decision because they look back with nostalgia or fresh eyes on the stuff the last generation gave up on and thought of as disposable, and it’s predictable we’re in that situation again.”