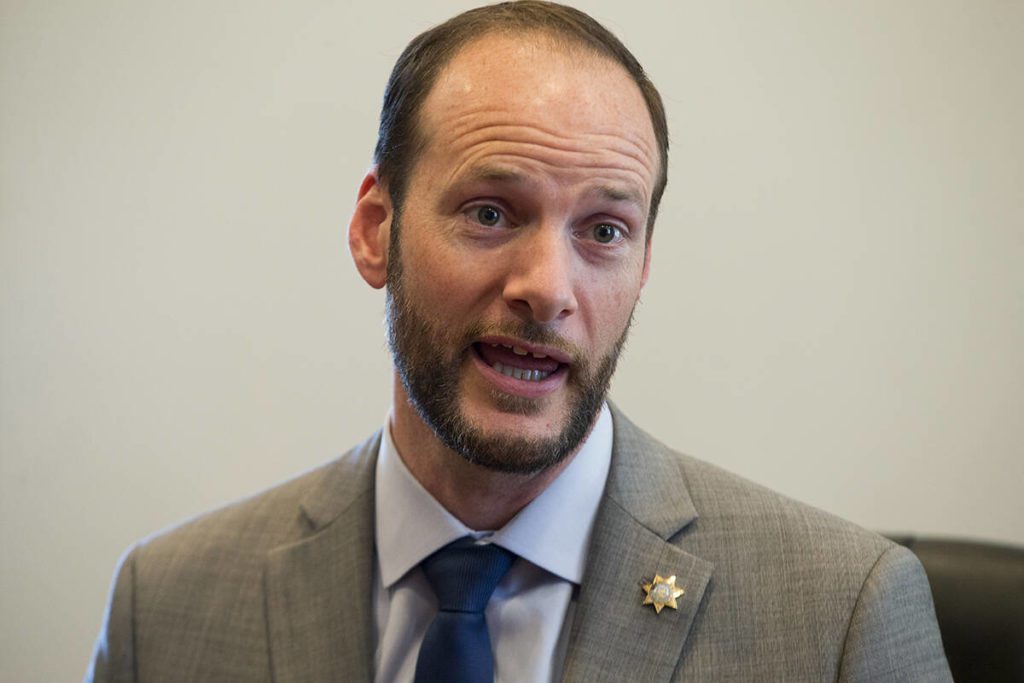 The recall campaign’s case against San Francisco District Attorney Chesa Boudin tends to be light on facts but heavy on anecdote, emotion and accusations that usually prove untrue. For example, take the charges leveled at Boudin in two new television ads supporting Proposition H, which would remove Boudin from office.

In one ad, a former deputy DA gives viewers the impression Boudin disbanded a unit dedicated to solving auto burglaries. In reality, the auto burglary investigations continue and recently busted a major distributor of stolen goods who worked out of a boba shop in the Tenderloin.

In the other ad, a former business owner named Max Young says he had to close his Mid-Market cocktail lounge due to rampant drug dealing in the area. Yet Young’s establishment, Mr. Smith’s, closed months before Boudin won election to office in 2019.

“Even when they were arrested, they’d be right back here,” says Young in the ad, providing definitive evidence that the revolving door of drug sales in The City preceded Boudin’s tenure.

Easily disprovable claims typify the recall’s attacks on Boudin. They also raise an important question: If the charges against Boudin are so strong, why does the recall promote so many falsehoods?

Given this reliance on half-truths and disinformation, it’s unlikely the recall supporters’ case against Boudin would stand up in a court of law. The court of public opinion, however, is another matter. Polls suggest San Francisco voters are inclined to boot Boudin from office on June 7.

Contrary to popular belief, Boudin’s record so far largely resembles those of previous DAs. In addition, San Francisco has experienced far smaller crime spikes than Sacramento, which has a supposedly “tough on crime” DA. Boudin does not take credit for these relatively positive statistics, but he gets blamed for nearly every individual act of crime even though his own critics admit that’s illogical.

“The DA obviously doesn’t have a direct effect on the increase in crime, right?” said Don du Bain, a former deputy DA now supporting the recall campaign, in an interview with The Examiner. “The DA, however, does set the tone in the community for how crime is going to be addressed once people are arrested.”

Much of the criticism of Boudin hinges on “tone,” but his message of criminal justice reform is what voters chose when they put the former public defender in the DA’s office. It was an audacious victory for the national movement to elect progressive DAs. Now comes the backlash.

Ousting Boudin will not solve voters’ frustration with crime and disorder. It will, however, send a strong message to Mayor London Breed and the Board of Supervisors that voter impatience with ineffective leadership has entered a new phase. This ripple of popular Democratic anger will seek further victories when Boudin’s removal fails to improve things.

After all, Boudin does not control the police department, which makes very few arrests for quality-of-life crimes and allows open-air drug markets to flourish in the Tenderloin. Breed does. Boudin does not play a direct role in solving The City’s crisis of homelessness and poverty on our streets. The mayor and the supervisors own that problem. Boudin has flaws, but any honest analysis reveals he’s being held responsible for the failures of other politicians.

Boudin is certainly guilty of keeping his campaign promise. He said he would be an evidenced-based prosecutor who would work to increase public safety without relying only on jails. Californians repeatedly have voted to reform the state’s prison industrial complex, which had for decades vacuumed up billions of taxpayer dollars while producing a constant crop of newly-hardened criminals.

We locked up so many people — a large number of them poor Black and brown people — that in 2011 the United States Supreme Court found conditions in California’s overcrowded prisons violated the Constitutional ban on cruel and unusual punishment. This ruling kicked off a series of reforms, led by Jerry Brown and Gavin Newsom, to improve public safety through criminal justice reform. The state’s crime rate dipped to historic lows, but a rise in crime, drug addiction and homelessness in the pandemic era has heightened safety concerns.

Timing is everything, and Boudin has become a scapegoat for rising public anxiety in The City.

“There’s been over $5 million spent blaming me,” said Boudin, who nevertheless said he feels “pretty optimistic” about beating the recall.

During an interview with The Examiner, Boudin defended his record in painstaking detail.

“The notion that any one person, district attorney or otherwise, could single-handedly in a one- or two-year period bend the arc of crime trends goes in the face of everything every serious academic policymaker and criminologist tells us,” said Boudin. “We have to look at the big picture. Unfortunately, what the recall is doing — and the millions of dollars they’re spending on it — is distracting all of us as San Franciscans from the nuanced, complex conversations we ought to be having about the Tenderloin, about how we can support our small businesses, about how we can make sure we’re preserving the kind of character that makes San Francisco so unique.”

In person, Boudin acquits himself well and demonstrates a mastery of the details. Unfortunately, feelings often outweigh facts in political campaigns and it’s not clear he can get his message across.

But his critics fail to articulate a convincing argument for a recall. Their complaints against Boudin consist mostly of anecdotes of supposedly bungled cases similar to those that exist in every DA office in the nation. They clearly dislike Boudin, who is the son of infamous 1960s radicals, but they don’t seem to have any solution to crime besides more jail.

In light of these facts, The Examiner Editorial Board cannot endorse Proposition H. We do, however, recognize the legitimate public distress animating the recall movement and we urge the leaders actually responsible for managing this city to pay close attention to Boudin’s fate. He will serve the sentence, but the voters’ judgement of Boudin will also deliver a verdict on the failed leadership at City Hall.