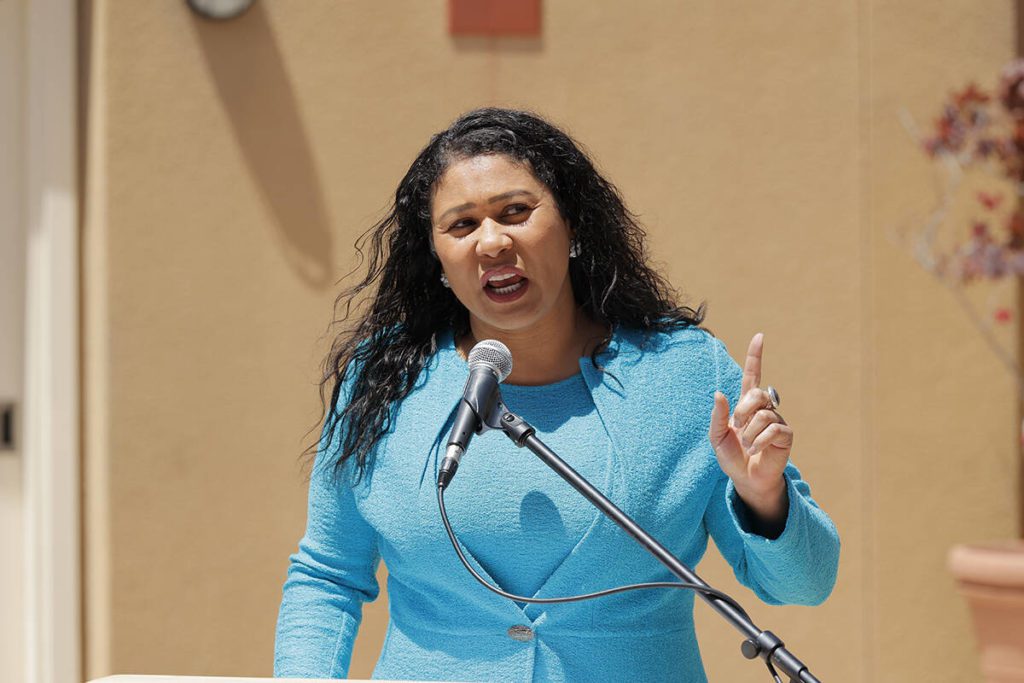 On June 7, San Francisco voters will decide who serves as their district attorney — in more ways than one.

Lately, Mayor London Breed has been on a bit of an appointment spree, filling posts vacated by elected officials with handpicked replacements. But that privilege could soon be blunted by Proposition C, the initiative that would place new limits on recall elections in San Francisco.

What Breed would choose to do with a vacant district attorney seat will likely depend on the fate of Prop. C. If it passes, its new limits would immediately apply to the District Attorney’s Office in the event of a Boudin recall.

That sets up a dizzying array of possibilities.

Prop. C’s highlight is its time restraint on recall efforts, ensuring that an elected official could not be recalled in the first or last year of office.

But it also requires that the replacement for any ousted official effectively serve as an interim “caretaker” who would be barred from seeking election to the same office during the next election. (Boudin’s term is set to end in 2023, but whether or not Prop. C is successful, the district attorney post would be up for election in November if he is recalled).

If Prop. C fails and Boudin is recalled, Breed could select a replacement who has ambitions to run for election in November.

Breed could appoint Supervisor Catherine Stefani, a former deputy district attorney in Contra Costa County who is widely speculated as a candidate to replace Boudin. Stefani’s appointment would leave a vacancy on the Board of Supervisors, the fate of which, again, would fall to Breed.

But if it passes, Prop. C could limit Breed’s choices.

Another potential choice — Joe Alioto Veronese — has already submitted paperwork to run for the position in 2023. Under the restrictions of Prop. C, a politically ambitious candidate like Veronese would have no incentive to seek Breed’s appointment.

Thus, Breed would likely choose a replacement who has some free time and no interest in holding the office long term.

The argument by Prop. C proponents is that the caretaker role would help prevent politically motivated recalls and the use of open seats as a political launching pad for the mayor’s allies.

But the power of incumbency has its limits — just ask Suzy Loftus. In a move that was pilloried as a power grab by critics at the time, Breed appointed Loftus as interim district attorney in 2019 just weeks before the election. Voters chose Boudin instead.

Prop. C opponents counter the caretaker would be a lame duck and unaccountable to voters.

After months of debate and controversy over Boudin’s progressive approach to criminal justice, his replacement would be a high-stakes decision for Breed.

The whirlwind of change in city government is an opportunity for Breed to place her imprint on its leadership, but one that comes with responsibility. With her choices for the replacements of three recalled school board members and a vacancy on the Board of Supervisors, Breed has signaled she’s heeding the wisdom of voters, prioritizing public safety and taking a back-to-basics approach to governance.

She made that clear in her recent appointment of Matt Dorsey, the former spokesperson for the San Francisco Police Department, to the vacancy left on the Board of Supervisors when Matt Haney won a seat in the State Assembly.

Should her picks fail to live up to expectations, voters could hold Breed directly responsible in the next election.

“Having said all of that, mayors, and this mayor is no exception, love being able to appoint people to every branch of government that they can,” Peskin said.

Allowing the mayor to appoint a person to the legislative branch when there’s a vacancy “fundamentally erodes the notion of the voters’ power,” Peskin argued.

Debra Walker, a former long-time member of the Building Inspection Commission and current member of the San Francisco Arts Commission, has a nuanced view of the recall reform proposal.

Walker agrees it should be more difficult to recall politicians, but takes no issue with the mayor having authority to replace one who is recalled.

“I’m against the recall. If it happens, I think it makes perfect sense for the mayor to appoint the replacement and then have to run in the next election. That makes sense,” Walker said.

The mayor will ultimately be held responsible for her appointment, Walker said, and having a constant churn of leaders atop a department is unnerving for its employees.

“I think that having a caretaker is just a wrong move for the department’s morale,” Walker said