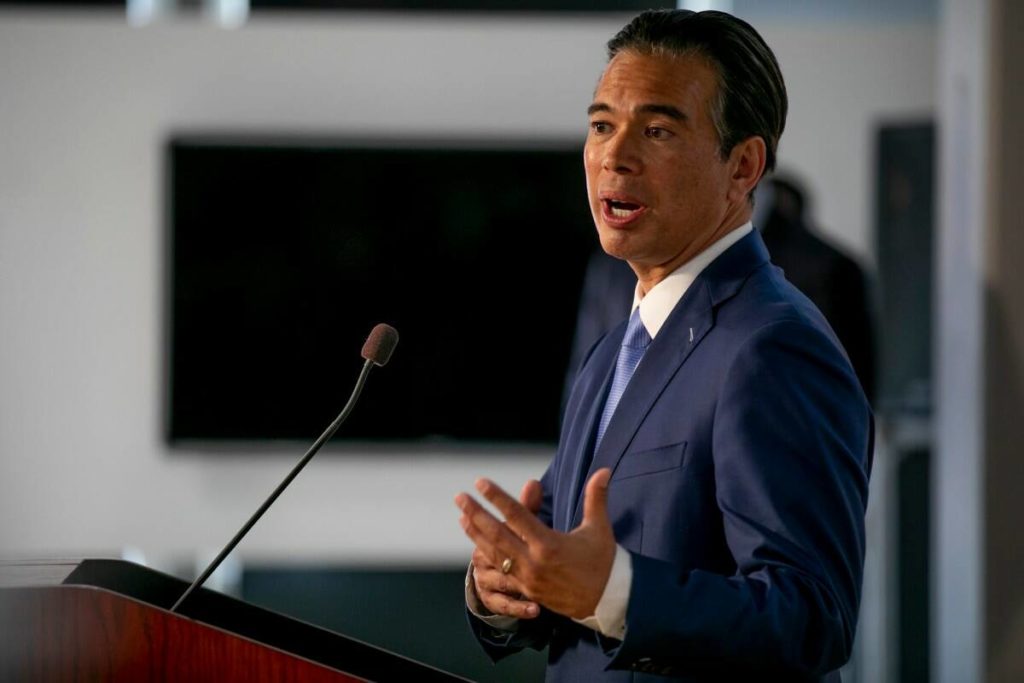 Rob Bonta is the best choice for California attorney general at a time when rising public anxiety over crime threatens to erode the state’s commitment to important criminal justice reforms.

As the state’s chief law enforcement officer, Bonta understands the need to crack down on criminal behavior and hold lawbreakers accountable. He has demonstrated this by spearheading efforts to bust the criminal rings engaging in organized retail theft across the state. So far, these efforts have resulted in multiple felony convictions for criminals responsible for stealing millions of dollars of property.

In his first year as attorney general, Bonta has launched new teams to fight sex trafficking in the state, busted street gangs and worked to increase funding for community policing and violence prevention. Enforcing the law and prosecuting criminals is an important part of the job, but Bonta understands that fighting crime requires more than just parroting “tough on crime” talking points and pushing policies to fill the state’s prisons with nonviolent inmates. It requires intelligent strategies to address the root causes of crime and divert people away from criminal lifestyles with evidence-based interventions.

Bonta grasps the importance of accountability and justice – even when those accused of crime are police officers. During his career in the California State Assembly, Bonta led on important reforms to curb police use of force and require the attorney general to investigate police shootings. As attorney general, he has followed through by establishing the state’s Police Shootings Investigation Team to investigate questionable police shootings.

By any measure, Bonta has had a promising first year. He deserves a full term to continue his work for California. His opponents in the AG’s race offer little beyond empty promises to reduce crime with a return to retrograde policies that failed for decades.

Anne Marie Schubert, the Republican-turned-independent district attorney of Sacramento County, likes to lob criticism at Democrats who embrace criminal justice reform. Yet crime in Sacramento has risen on her watch to higher levels than it has in cities like Los Angeles and San Francisco, which have reform-minded DAs. The failure of her conservative approach highlights the very reasons why Democrats pursued reform in the first place. Her campaign offer nothing beyond a return to the glorious past, when crime surged in spite of (or because of) our overflowing prisons.

It’s unclear whether the largely unknown Schubert can survive the primary without the benefit of a party affiliation, but the two Republicans in the race would face an even steeper uphill battle against Bonta in a general election. This explains why Bonta’s campaign has sought to elevate Eric Early, the most far-right and pro-Trump candidate in the race. Given California’s overwhelmingly Democratic electorate, and the fact that it’s been 28 years since a Republican won the AG race, the odds of a Trump voter winning here are grimmer than ever.

Bonta’s opponents think they can leverage public concern over crime into a surprise victory for conservative politicians, but they have another thing coming. More than anyone else in the race, Bonta represents the future of crime fighting. He’s not afraid to prosecute felonies and seek prison terms when necessary, but he also understands that we can’t incarcerate our way to a safer society. He knows that smart criminal justice reforms, rather than police state gulags, are the best way to both reduce crime and increase public safety.

Just as important: At a time when abortion rights and climate action are under attack from Trump’s GOP, Bonta is the only candidate qualified to fully defend California’s values in a court of law. The Examiner Editorial Board enthusiastically recommends Rob Bonta for California attorney general.