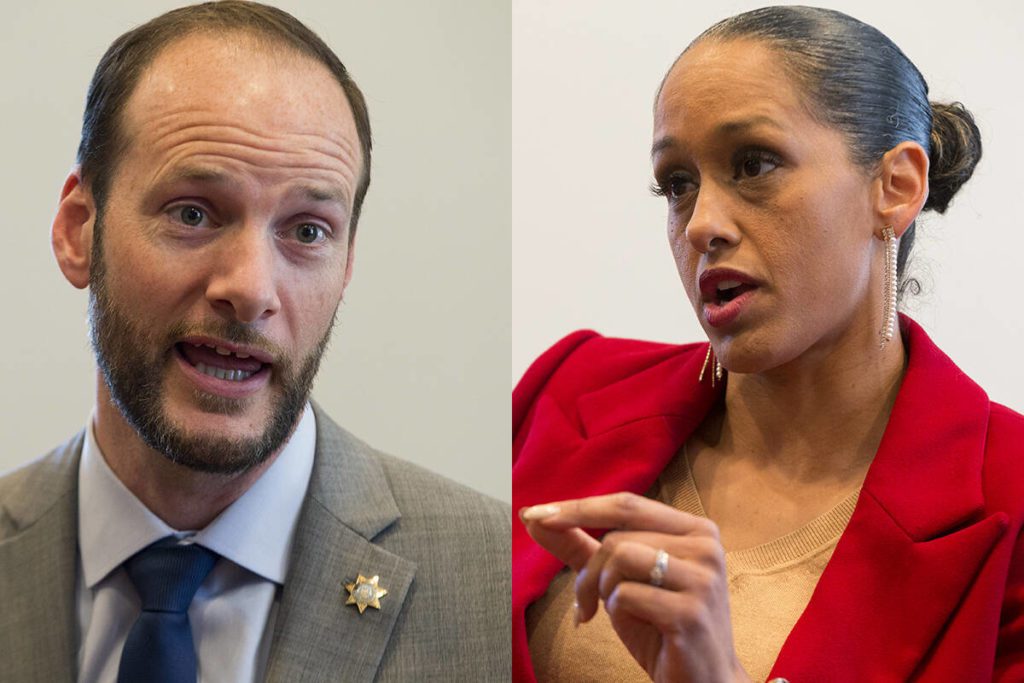 Evaluating the arguments over the recall of District Attorney Chesa Boudin is to wade into a bog of legalese and statistical interpretation.

In interviews with The Examiner, both sides of the Proposition H campaign made their case in part using legal semantics. They also made broad appeals to voters’ emotions and intuition.

Nonetheless, this high profile election will likely be taken as a referendum on the direction of politics in San Francisco and a portent of nationwide political trends.

Boudin urged voters to reject the recall, describing the campaign against him as being premised on misinformation and funded by billionaires who resent his progressive policies. No district attorney could substantially shift crime rates in a two-year period, he said, noting that many categories of crime have declined or remained flat during the tumultuous period he has been in office.

Those behind the campaign to recall Boudin highlighted specific incidents where his office was, in their view, too lenient to criminals who then committed subsequent crimes. They criticized the tone Boudin set in the wake of high profile anti-Asian hate crimes, and said that his predecessor, George Gascón, more adeptly balanced criminal justice reform and fighting crime.

The meetings were attended by The Examiner Editorial Board as well as reporters and editors. The editorial board, which endorsed a “no” vote on the recall, operates independently from The Examiner’s news-gathering operation.

During the meeting with Boudin, which took place first, the district attorney highlighted the drastic nature of the recall election and the extraordinary circumstances he found himself in when he took office in January 2020.

“Think about a small business or any endeavor that got started in the beginning of 2020,” Boudin said. “It’s been an impossibly difficult two years. Despite that, we have a lot to be proud of.”

He touted his office’s expansion of victims services, including hiring five Cantonese-speaking victim advocates, piloting a small-business reimbursement program that was eventually expanded citywide and bringing together every DA in the Bay Area to create a hate crime task force.

Boudin said he has been charging “drug sales, auto burglaries, domestic violence, sexual assault, you name the category,” at higher rates than Gascón as well as “neighboring DAs with tough-on-crime credentials in other parts of the Bay Area.”

He said overall rates of property crime were down significantly over his tenure (homicides have increased), but downplayed his ability to immediately have an impact on crime rates, saying the average duration of a criminal case in San Francisco is equivalent to the time he’s been in office.

“The notion that any one person, district attorney or otherwise, could single-handedly in a one- or two-year period, bend the arc of crime trends goes in the face of everything every serious academic policymaker, criminologist, tells us,” Boudin said.

During their meeting, the campaign to recall Boudin essentially conceded that point. “The DA obviously doesn’t have a direct effect on increasing crime,” said Don du Bain, a former Solano County district attorney as well as a former prosecutor in the San Francisco District Attorney’s office who left in protest of Boudin’s leadership. “The DA, however, does set the tone in the community for how crime can be addressed once people are arrested.”

Du Bain offered specific cases where Boudin’s prosecutorial decisions resulted in an individual committing subsequent crimes. He argued Boudin’s lenient treatment of Troy McAlister enabled him to subsequently drive under the influence in downtown San Francisco, killing two women. Du Bain also cited the case of Haskell Allen, who was convicted of assaulting an 83-year-old Asian American man after multiple previous felony convictions, and was released on parole without conditions in March as part of a plea bargain with Boudin.

“Chesa’s not addressing the root causes of crime by doing that,” du Bain said.

Brooke Jenkins, another former prosecutor in Boudin’s office who resigned in protest, highlighted Boudin’s lack of felony convictions for fentanyl dealing in 2021, a fact subsequently reported in the San Francisco Standard.

Boudin did secure 44 plea deals for crimes related to dealing fentanyl, but those were categorized as “accessory after the fact” and typically come with lesser punishments. Boudin also referenced his proposed Fentanyl Task Force, which would have created a dedicated team within his office to break up fentanyl-dealing rings, but was not funded in The City budget last year.

Boudin defended his prosecutorial approach, saying plea deals “are the norm in 98% of criminal cases” filed across the country and that “diverting cases is not the same as declining to prosecute.” It was necessary for his office to rely heavily on pleas and diversion programs, he added, to comply with state mandates to reduce jail populations during COVID as well as the U.S. Supreme Court’s 2011 order to thin out California’s prison system.

Jenkins also criticized Boudin’s management style, claiming his leadership had created turmoil within the district attorney’s office. Since Boudin took office, 62 prosecutors have either left or been fired, including senior prosecutors from underrepresented minority communities. The result has been a decline in institutional knowledge and capacity in the office, Jenkins said.

Jenkins added that Boudin’s overall approach is out of touch, especially when it comes to crimes against Asian Americans and Pacific Islanders. “I don’t think he jumped out there at the outset when we saw this trend on the rise to, again, set the tone and say, ‘Look, this won’t be tolerated in our city. There will be consequences.’”

Jenkins said Gascón, whom she also worked for, took violent crime more seriously. “I would never sit here before you and say George Gascón was perfect. … But at the same time, what he did in San Francisco was a far cry from what’s going on now.” (Gascón, now district attorney of Los Angeles County, is facing a potential recall election there.)

Boudin said the campaign against him, which has now raised more than $6 million, some from Republican billionaires, was spreading “blatantly dishonest” messages. He said the recall “undermines the kind of nuanced conversations we as a city ought to be having. It makes it harder for us to move towards solutions to problems that are decades old, like property crime in San Francisco.”