Editorial: Sen. Dianne Feinstein gets the job done. Leave her the hell alone 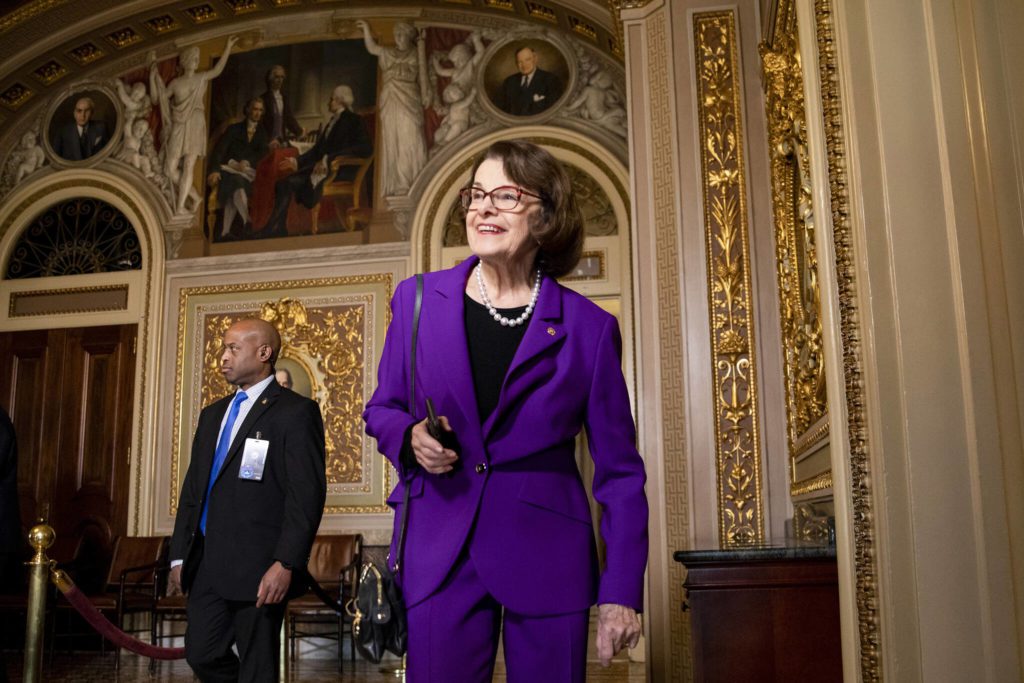 Sen. Dianne Feinstein has lived through terrorist bomb threats, assassinations at San Francisco City Hall and the deaths of two husbands. The ongoing campaign to pressure her to step down before the end of her current six-year term due to rumors about her age and memory is minor in comparison.

Few California politicians have demonstrated the fortitude and longevity of Feinstein. Her political career spans over 50 years and it’s been decades since she faced a real campaign for reelection.

Opponents have often criticized her independent political streak and her long years of service, but it hasn’t done them much good. In 2018, California voters panned a much-younger opponent and elected Feinstein — then 85 — to yet another term in the United States Senate. Voters had a clear choice. They chose to stick with Feinstein.

In recent years, multiple stories have raised the question of whether she’s too old to continue serving. Anonymous sources depict Feinstein as someone who has slowed down considerably and become forgetful with age. Her detractors, mostly on the Democratic left, have used these tales to push for Feinstein’s immediate resignation.

Not so fast. Californians elected Feinstein to serve six years. The voters’ mandate — not the rumor mill — should determine the length of her service. In addition, despite accusations that Feinstein is missing a step, she has continued to deliver for California and the nation.

Most recently, Feinstein helped spearhead the reauthorization of the Violence Against Women Act, crucial legislation that passed with 10 Republican votes in a bitterly divided Senate. The legislation, which expired during a government shutdown in 2018, provides $575 million for programs to help women victimized by violent crime. Many politicians spend years in Washington without achieving anything of this magnitude.

In the latest government funding bill, Feinstein’s office says she secured more money for her state than almost any other senator. She won funds for important California priorities like wildfire prevention and drought response, bringing home the bacon for her constituents as she has always done.

She did all of this at 88 years of age while simultaneously tending to her husband, Dick Blum, who was dying of cancer. Despite her age and the impending death of her husband of more than 40 years, she made sure not to miss any of the important votes in the Senate.

If that’s the kind of work product we get from a supposedly age-impaired senator, we’ll take it. On her worst day, she towers over most of the do-nothings in Congress. Even if she were dead, Feinstein would still provide more competent, moral and sane leadership than most of the Republicans on Capitol Hill these days.

Feinstein is one of the most effective senators in California history. From the 1994 Assault Weapons Ban to the investigation into the CIA’s torture program, she has provided national leadership on some of the most difficult issues in modern American history. She has also worked tirelessly to preserve California’s natural treasures, such as Lake Tahoe and the Mojave desert, passing landmark legislative protections.

“Like a lot of people who reach a certain age, Feinstein has good and bad days,” wrote the Los Angeles Times’ Mark Barabak, a longtime Feinstein watcher. “She relies heavily on her staff, though the same can be said about many members of Congress.”

Yes, and when’s the last time we forced a man out of office due to age? Sen. Robert Byrd of West Virginia served until he died at 92 and was celebrated as the Senate’s longest-serving member. Sen. Ted Kennedy refused calls to resign and missed months of votes while dealing with brain cancer but he was lionized for his courage.

Voters have entrusted Feinstein to cast California’s vote on some of the most important issues of the day. We can trust her to decide when it’s time to step down. For now, Feinstein should do as she has always done: Steel her spine against adversity and carry on with the work.