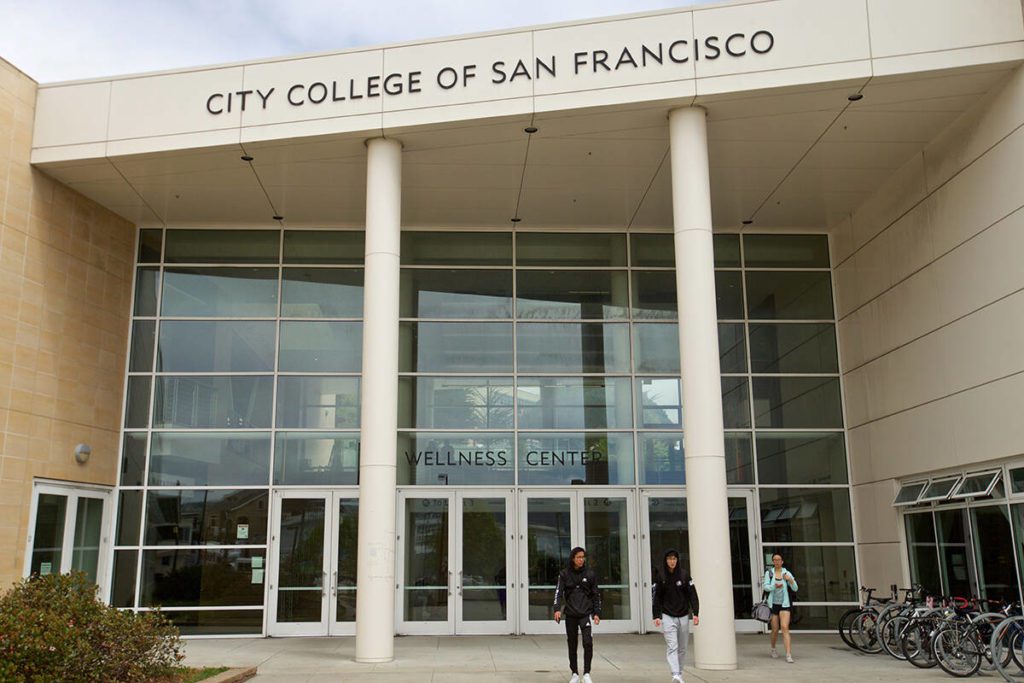 City College of San Francisco is, once again, in the headlines and not in a good way. A new round of debilitating cuts was approved in February 2022 by the Board of Trustees, putting this vital public institution’s mission into question.

These cuts are especially concerning to me as an economics researcher and lifelong California resident who was practically raised by the state’s community college system. My mom teaches at Palomar College in San Diego, a position she’s held for most of my life. I started my college education there before going on to graduate economic studies at San Francisco State and University of Glasgow. Close friends have built their lives on their jobs at San Francisco City College, and I’ve lost track of how many fellow San Franciscans — from EMTs to restaurant owners — have thanked these teachers for their work. It would be safe to say I have something of a stake in CCSF.

San Francisco’s economy, like the rest of America’s, is stressed due to inflation, supply chain chaos and the ongoing housing crisis. This is why it was quite shocking to see the City College of San Francisco Board of Trustees’ vote for gutting the school. This decision will decimate one of San Francisco’s most reliable engines of economic growth.

CCSF is a critical component for San Francisco’s economic success. A 2013 study commissioned by the San Francisco Board of Supervisors found CCSF contributed approximately $300 million to the San Francisco economy annually on a $190 million budget, meaning every dollar CCSF spent generated an additional $1.57 in economic activity, which is in line with research on how similar institutions contribute to their local economies. This is further amplified by the positive effects of training students for skilled jobs.

Much has changed since 2013, namely CCSF’s accreditation crisis (resolved in 2017) and the ongoing nationwide college enrollment crisis, caused by the COVID-19 pandemic. Even though these problems persist, they have not meaningfully changed the fundamentals that make CCSF a powerful economic multiplier. This is because the combination of middle-class jobs and economic mobility offered by educational training remains in place. If you were looking for ways to stimulate San Francisco’s economy, giving CCSF more money is a great starting place.

This makes the administration’s new budget, authored by Vice Chancellor of Finance and Administration Dr. John al-Amin, alarming. Far from offering support for growth at CCSF, the 2022-2023 budget will eliminate 57 full-time faculty along with over 300 part-time instructors. Multiple essential programs may cease to exist, because of the lack of people to teach them.

Dr. al-Amin’s budget, according to the Board of Trustees, is necessary to reduce the college’s $65 million deficit. The CCSF faculty union has offered its own analysis, arguing sufficient funds can be found without firing anyone. This is achieved by basing decisions on the actual total cost for insurance, reducing expenditures on consultants, using federally provided Higher Education Emergency Relief funds and adjusting other cost estimates. The result is no layoffs and a budget surplus for this year rather than shrunken services and cut classes.

Now it is certainly possible that Dr. al-Amin’s position has some basis in sound fiscal management principles, particularly if he had a record of success with these models. Unfortunately, this does not seem to be the case based on his recent role as associate superintendent for business services at West Contra Costa Unified School District. During his brief time with West Contra Costa, the district’s budget fell from a state of recently attained balance to a $40 million dollar shortfall. Dr. al-Amin left shortly after for “personal reasons,” vacating his post after only eight months. This was shortly before joining CCSF, where he received $231,984 in total pay and benefits in FY 2020-2021.

Dr. al-Amin’s previous work as vice president of administrative services at Los Angeles City College casts further doubt on the accuracy of his budget. According to a public letter released by AFT 1521, the faculty union for LACC, Dr. al-Amin, “persistently shared inaccurate information — when asked to communicate primary source documents, he would not provide that information.” Though no similar allegations of non-cooperation and non-transparency have been made publicly during his time at CCSF, this behavior remains a serious cause for concern.

Raising further questions are some of the priorities demonstrated in the new CCSF budget, particularly as it relates to COVID safety at City College. CDC guidelines on building safety have shown upgrading the quality of building ventilation can significantly reduce the likelihood of COVID transmission in the classroom. There were federal funds available for that specific purpose, and CCSF did receive approximately $13.8 million from the Higher Education Emergency Relief Fund. If any of these or other funds were allocated for upgrading facilities to protect against COVID, they would have to be listed under state education code as capital outlays. Everything from paying to print QR code stickers for contact tracing check-ins to upgrading ventilation systems and replacing aging facilities would have to be listed under this budget item.

The total funds allocated for all CCSF’s aging facilities are overshadowed by the advertisement for a new CCSF marketing director (with a salary up to $168,659), suggesting Dr. al-Amin and Chancellor David Martin, who is receiving a salary of $315,000 while presiding over these cuts, value public relations more than the campus’ physical facilities.

By my analysis, based on the findings of the Board of Supervisors 2013 study on CCSF, eliminating hundreds of well-paying faculty jobs will represent a $25 million loss to San Francisco’s economy for this year alone. What exacerbates the potential harm is the institutional damage such cuts will inflict. Many critical programs necessary for transferring to four year schools or completing certificates, like nursing, will be forced to operate at significantly reduced capacity, assuming they’ll be functional at all. That means less nurses, firefighters, chefs and all the other skilled workers this city’s economy needs to function or have any hope of a true recovery.

Dr. al-Amin’s numbers may add up, but that does not change the irreparable harm that would come from his cuts. Even though CCSF’s vice chancellor, chancellor and board may argue otherwise, you cannot slash and burn your way to growth. And you will not attract the students of the future if you fail to support the students of the present.