Endorsement: Here’s why you should vote for Matt Haney in Assembly District 17 election 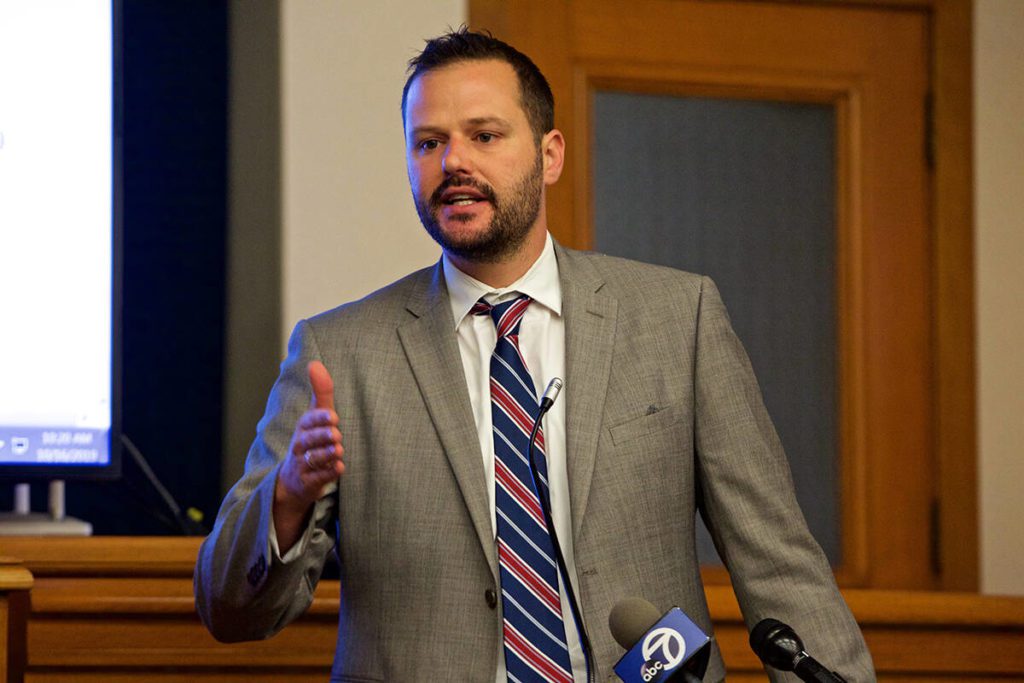 On Jan. 28, The Examiner Editorial Board endorsed Matt Haney in the AD 17 primary. This is an updated version of the endorsement, which reflects the fact that the April 19 runoff has narrowed to Haney and David Campos.

One candidate stands out as the best choice to represent Assembly District 17: Matt Haney.

As the District 6 representative on the Board of Supervisors, Haney has distinguished himself as a leader who is willing to confront tough issues. He also has proven himself to be someone who can get things done. This skill will be crucial in Sacramento, where building coalitions and moving legislation is the job.

“It is critical that San Francisco send somebody to Sacramento who can fight for real solutions, who will fight for bold solutions, who’s a proven leader, an experienced leader, who can deliver on all of those issues,” Haney said during an interview with The Examiner Editorial Board. “I’ve spent my entire career in public service, fighting for progressive policy change.”

As a supervisor, Haney has not hesitated to wade into tough issues and deliver results. In 2019, he worked with Breed and Supervisor Hillary Ronen to create Mental Health SF, a plan to overhaul The City’s mental health services and guarantee services to San Franciscans who lack insurance or are homeless. As a result, The City has deployed street crisis teams and plans to open a mental health service center to help uninsured and homeless people get help.

In 2020, Haney authored Proposition L — the “overpaid CEO tax” — to tax companies that pay their top executives “100 times more” than the “typical worker.” It passed with support from 65% of The City’s voters and could generate up to $140 million a year for The City’s budget.

He also introduced Prop. B, which amended the city charter to reform the scandal-plagued Department of Public Works. The measure passed with support from over 60% of voters. It amended the charter to create a new Department of Sanitation and Streets while also creating two oversight commissions to guard against corruption.

Last year, Haney called on Breed to declare a state of emergency due to the fentanyl overdose epidemic in the Tenderloin. In December, Breed answered the call by declaring an emergency, flooding the zone with police and — most importantly — opening a new “linkage” facility at United Nations Plaza to start providing people with an off-ramp from addiction.

“We have an addiction crisis on our streets,” Haney said. “People are dying — nearly two a day in San Francisco. The person who represents this district has to lead on that. One of the problems that we have is we’re not enrolling enough people in opioid treatments that can work, like buprenorphine and Suboxone. These are things that can save lives if people are enrolled in these treatments. There are huge barriers that the state has set up that are preventing us from getting people into those treatments.

“We need to allow paramedics and pharmacists to prescribe those treatments and lower the barriers to access, getting people enrolled in treatments that can get them off of fentanyl and other opioids. And I’m going to get in and immediately move that forward,” he said.

Haney’s track record isn’t perfect. It would be easy to disparage his work by highlighting the problems in the Tenderloin district. The Tenderloin and SoMa contain some of the state’s highest concentrations of visible crime and disorder. But this is exactly why Haney’s candidacy makes sense. He took on a tough job and has worked hard to make progress.

San Francisco needs a leader who possesses deep familiarity with the problems vexing our cities. As both a resident and a representative of the Tenderloin — The City’s dismal showcase of California’s failures to address homelessness, mental health and drug addiction — Haney understands the urgency of the crisis on our streets. In Sacramento, he must persuade Gov. Gavin Newsom and state legislators to support the urgent solutions necessary to save lives.

Haney also has been a reasonable voice in the debate over housing. For example, he supported the 469 Stevenson project to put 495 units of housing on the site of an empty parking lot. Eight supervisors voted against the project, effectively stalling it and sparking a state investigation into the act of flagrant public absurdity.

“I think it’s progressive — and progressive in Sacramento, too — to be for more housing,” he said.

Haney — with his mix of experience, political savvy and policy know-how — is the candidate best suited to serve AD 17 in the California State Assembly. He’s a progressive who knows how to make progress. The San Francisco Examiner Editorial Board endorses Haney for State Assembly.