Opinion: Should the S.F. school district get $1 billion in facilities bond money? 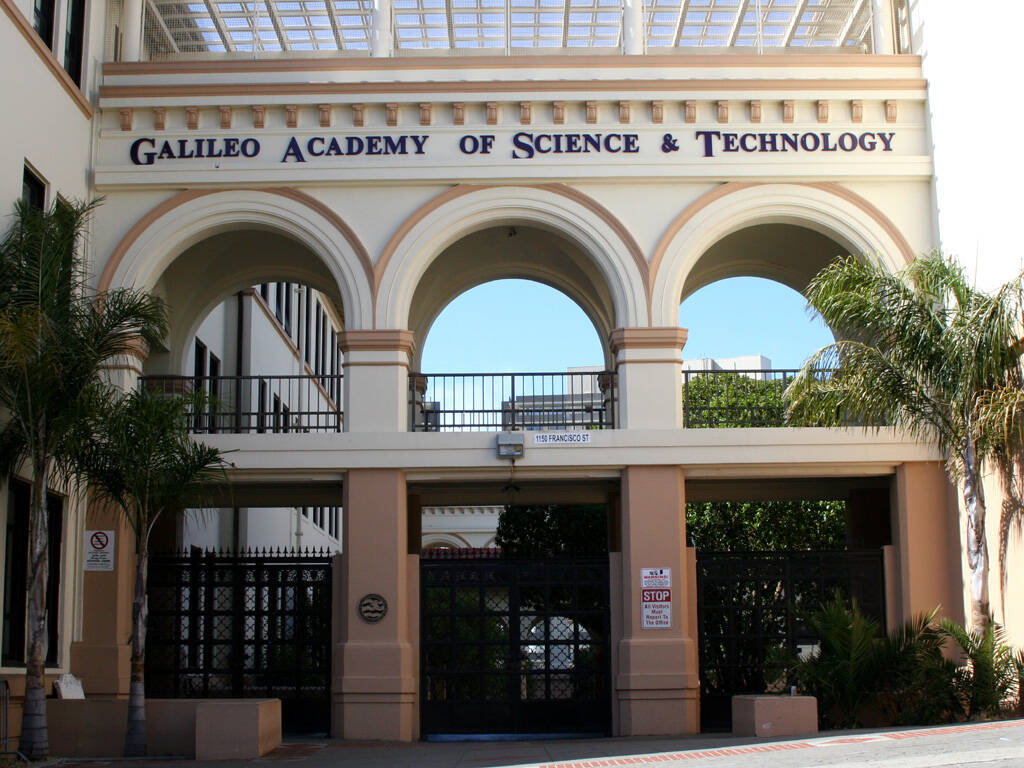 Will the San Francisco Unified School District seek a $1 billion facilities bond in November 2022? Will it get voters once again to approve raising their taxes to support the schools? Doubts continue to grow as the Facilities Department misses deadlines, tells stories and deflects questions.

The City is pointing to November 2022 as the time for the district to seek more money to fix its aging buildings and infrastructure. SFUSD Chief Facilities Officer Dawn Kamalanathan admitted as much in February 2020, saying, “If you look at the City’s 10-year capital plan, the 2022 November ballot is empty and (that is) their plan because we plan to be on it.”

Where are we now? How are the preparations for the big ask going? SFUSD won’t say, but it’s increasingly clear they are not ready to propose a new bond measure anytime soon.

The facility needs are well known. Many have heard about the issues with Buena Vista Horace Mann, which go beyond a gas leak. But that school is not alone. Students and teachers have waited years for promised repairs to ceilings, door locks, cafeterias and schoolyards, in addition to the construction of a new elementary school in Mission Bay and moving Ruth Asawa School of the Arts to Civic Center.

Of the 40 schools that were on the modernization list back in 2016, Facilities acknowledges that at least 19 will not see a single penny, as there are not enough funds given the scope and costs of projects underway. The schools that did get money look very nice, such as Claire Lilienthal. But one of the schools off the list is Galileo High School, where Ann Hsu is the new Board Commissioner and Buildings, Grounds and Services Committee chair and also leads the PTA. Two of the schools, Denman and West Portal, have money only for their long design phase.

Six years ago, SFUSD had its ducks in a row, as it prepared to ask voters for a $744 million loan called Proposition A: Safe Modern Spaces for Learning. (The prior facilities bond in 2011 was for $531 million.) To use the 2016 bond money, SFUSD provided a “facilities assessment,” a school-by-school, top-down review — roof, boiler, restrooms, etc. It rallied school and arts communities to side with the new bond. The Board of Education passed its resolution to put that loan request on the ballot: promising fixed schools, green schoolyards, teacher housing, two new schools, a moved Ruth Asawa School of the Arts, technology and more.

How did San Franciscans vote? Nearly 80% of voters approved, much more than the required 55%.

This time around, the district appears much less prepared. Where is the facilities condition assessment of the 153 schools and other buildings owned by the district? SFUSD chose a Texas firm with no experience with old buildings in an earthquake zone to do that assessment. Kamalanathan (whose total pay was $215,559.40 in 2020), promised the assessment would be done in February 2021. Then she said April 2021. Then August 2021. Now it’s August 2022. COVID has likely affected meeting this deadline, especially since people need to fly in from Texas.

But that is not the only piece of the assessment behind schedule. To spend all that money, California law and Proposition A require that SFUSD have a Citizens’ Bond Oversight Committee (CBOC) to watch the money we gave SFUSD in 2016. It’s old news that SFUSD failed to form that CBOC, spending hundreds of millions for years behind closed doors. We now have a CBOC, formed in June 2021, but it’s playing catch-up. The CBOC has yet to approve the 2020 audit, another requirement. And the 2021 audit has not been completed.

Meanwhile, questions from CBOC volunteer members go unanswered. Were bond funds used to pay lawyers to defend the controversial Washington murals lawsuit, outside of facilities work? SFUSD admitted it paid roughly $143,000 to do an “environmental assessment.” But CBOC members asked if there were further funds paying those same Sacramento lawyers for the trial and other work. Both district legal counsel and Superintendent Vincent Matthews could not attend the April 6 CBOC meeting to answer those questions.

Tired of the deferred answers, interim CBOC Chair Rex Ridgeway said: “How can our CBOC oversee such expenditures when we don’t know what they are? Transparency, accountability and full-disclosure toward building and maintaining the public’s trust, in future bond issues, is the nucleus of every CBOC meeting.” The entire CBOC shared with Board Commissioners that transparency could be improved.

Why would CBOC members be concerned? SFUSD doesn’t have a great track record on the use of bond funds. In 1997, millions were illegally diverted. Fraud and diversion are unlikely. But then a year ago, Facilities insiders shared with me that staff and consultants paid by bond funds helped count some 15,000 windows during the COVID closure. The money was repaid by the operations budget, despite SFUSD’s massive structural deficit.

Former CBOC chair Ann Hsu recently joined the Board of Education, leaving an open spot. Facilities Chief Kamalanathan is leading the search for her replacement. The fox seeks to choose who guards the henhouse.

And why would Kamalanathan want to choose oversight people herself? Her department’s ability to watch the spending has been uneven. Redding Elementary’s modernization was 14.6% over budget, $1.9 million in contract modifications against a $13.2 million original bid. George Washington High School modernization is 20.85% over budget and growing, $7.1 million thus far from an original bid of $34.4 million. Such funds could have been used for one of the schools dropped from the modernization list.

There are also ballooning estimates on the new Mission Bay school. A campus that was estimated to cost $55 million is now projected at over $115 million, with no change in the building scope. That neighborhood has the most population growth in The City and has been supporting the idea of a new school since before 2015. Yet the state fiscal experts predict declining district enrollment for the next several years.

If the November 2022 bond date is missed, maybe the proposal can be put on the June 2023 ballot. Such a big debt request usually needs higher turnout like a November election. So maybe the November 2025 election will see a school facilities bond measure, because public health and affordable housing bonds will be sought in 2023 and 2024.

What does a delay in bond funding mean? Definitely more waiting for the students and teachers. But also projects may run out of funds and need to sit idle. The delays, handling of costs and lack of transparency are making many concerned about how funds are being dispersed.

Laurance Lem Lee is a second-generation Chinese American, SFUSD graduate and general contractor. You can follow him on Twitter @eyessfboe.