Editorial: Time to get a handle on the S.F. redistricting debacle 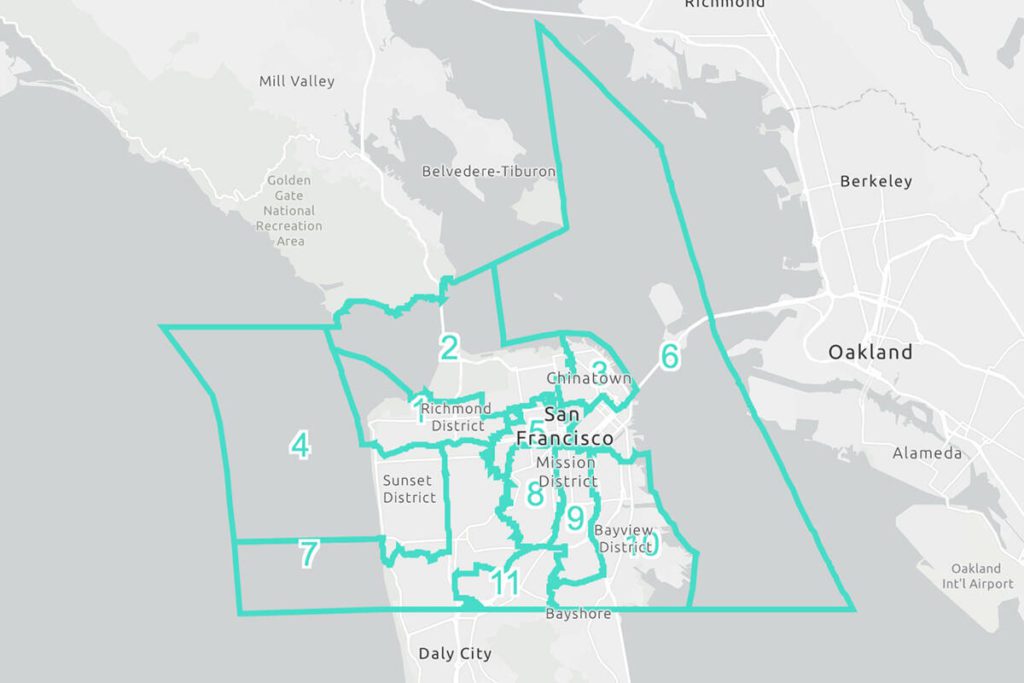 When it comes to the San Francisco Redistricting Task Force’s effort to redraw The City’s political map, there’s only one thing on which all parties can agree: The task force botched the process and destroyed public trust in its work.

The task force has a seemingly boring, simple job. By law, it needs to redraw the lines of San Francisco’s supervisorial districts to reflect population shifts captured in the latest census every 10 years. In addition, they must ensure these new supervisorial districts have roughly equal population numbers. For the sake of fairness, the Board of Supervisors, Mayor London Breed and the San Francisco Elections Commission each appointed three members of the nine-member panel.

Last week, after months of discussion and public input, the task force unveiled a map that sparked massive public outcry from community activists. Critics claim the task force redrew the lines in a way that would divide Asian, Black, Latino and LGBTQ populations between districts, thus diminishing their voting power as part of a nefarious plot to empower moderates.

After an acrimonious meeting on April 14, the task force caved to the pressure and voted 5-4 to reject its own map, which would have broken up communities that have considered themselves political blocs since San Francisco adopted district elections in the late 1970s. The panel failed to meet its legally-required deadline, throwing into question the legitimacy of any map it might now adopt.

Due in part to a population spurt in neighborhoods like Dogpatch, Mission Bay and SoMa, this year’s redistricting effort provided the biggest opportunity in decades to remake The City’s 11 supervisorial districts. Among other things, the proposed map would have removed Haight-Ashbury from its traditional home in District 5, separated the Tenderloin from its usual pairing with SoMa in District 6 and cut Potrero Hill’s connection with Bayview and Hunters Point in District 10. It also proposed combining Sea Cliff with the Richmond District in a move some saw as designed to dilute the voting power of the Chinese community by pairing it with a neighborhood of affluent whites.

Some view this debacle as a plot by Breed to dismantle the existing districts of Supervisor Dean Preston and Board President Shamann Walton, with whom she has tangled. Both of their districts – District 5 and District 10 – would undergo major changes. According to this theory, the map reflects Breed’s desire to replace her progressive rivals with moderate candidates to rubber-stamp her agenda.

“It was Mayor Breed who did this, and it was her guy who couldn’t stomach it,” said Calvin Welch, a community activist with deep roots in San Francisco’s redistricting battles.

Was this a conspiracy to gerrymander ethnic and progressive power out of San Francisco politics? Or did this task force simply produce a mathematically sensible map in such an inept fashion that it convinced community groups — and some members of the panel — that some kind of ungodly corruption had taken place?

An analysis by data journalists at the San Francisco Chronicle found the new district lines wouldn’t do much to shift The City’s overall political bent.

“Our analysis finds that districts would shift slightly more or less progressive under the proposed plan, but no one district switches from being considered progressive to moderate, or vice versa,” wrote Nami Sumida after the Chronicle analyzed precinct voting patterns using something called the Progressive Voter Index.

“Matt, are you really starting to believe your own bull**it or is this just more bull**it?” tweeted Supervisor Hillary Ronen at Supervisor Matt Haney after Haney rejected efforts by activists to remove the mayor’s task force appointees.

“When you go home tonight, I hope you can look at yourself in the mirror and see the truly pathetic shells of people you are,” task force member Jeremy Lee told his colleagues during a public meeting on April 14, as reported by Joe Eskenazi at Mission Local. “You made your bed now (expletive) lie in it. Enjoy seeing your political careers burn down in flames because you are absolute fools if you think that this map has any chance of holding up in court.”

“It could not be any more biased than what I’m looking at here,” said task force member J. Michelle Pierce, according to KQED. “It looks like a KKK member’s dog ate this map, and threw it up, and that’s what we got.”

“The over-the-top and bitter dialogue coming from city progressives, and the very likely legal action, could well obscure whatever legitimate complaints they harbor,” observed Eskenazi. “Regardless, this is an existential argument: The map, as it stands, would likely hamstring progressive supervisorial chances for the next decade.”

San Francisco has a long history of battles over who wields political power, said Welch, who chaired the 1976 campaign to create district elections for the Board of Supervisors. Back when supervisors were elected at-large, Welch said, The City’s political power was controlled by the wealthy.

The shift to district elections transformed city politics, decentralizing power and giving voice to communities that had lacked representation. Welch believes the task force should drop its own version of the map and adopt a “community unity” map created by a coalition of community activists. The activists say their map was designed to “make minimal changes to district lines while keeping communities of interest together.”

On the other side, a group of citizens framing themselves as “good governance” advocates filed a lawsuit on Tuesday, claiming the campaign against the task force’s map is a nefarious attempt to skew redistricting in favor of “extreme” progressive factions.

“This is an attack on the process by extreme partisans to protect their entrenched interests,” said Todd David, a “pro-housing activist” who on Tuesday filed a lawsuit demanding adoption of the task force’s proposed map. “They are worried that fair redistricting will ultimately result in a shift away from the status quo.”

If this was a conspiracy to steal power by cooking the map, it clearly backfired. If it wasn’t, then it’s unclear why the task force has bungled its duties so badly. In any case, it seems unlikely that any one solution will please all parties. The final map will attract legal challenges and may cast a cloud of doubt over city politics for the next decade.

The task force should find a compromise that respects concerns about breaking up traditionally united communities without genuflecting completely to far-left paranoia. In addition, future task forces should look back to this current panel for a stunning example of how not to get the job done.