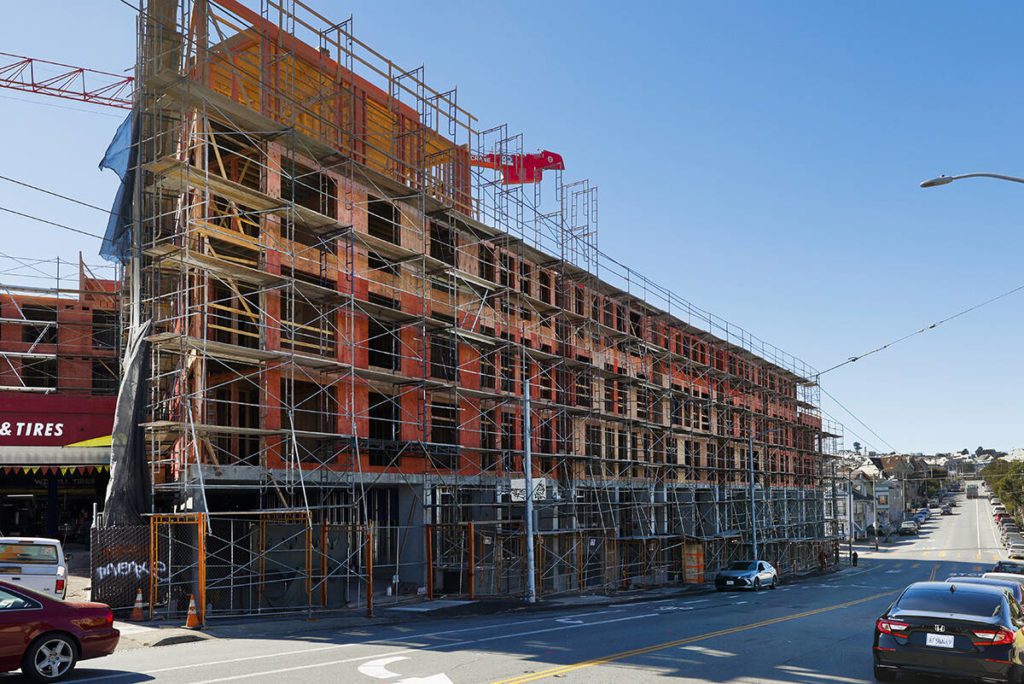 San Francisco’s political winds could be shifting in the wake of Matt Haney’s decisive victory in the state Assembly race, with politicians’ perspectives on housing development becoming an important new litmus test.

When he first announced his campaign for Assembly back in September, Supervisor Matt Haney said building lots of housing would be his top priority if he got to Sacramento. The next month, when a majority of his colleagues on the Board of Supervisors rejected a 495-unit development in his district, Haney made the incident a central campaign issue. And in the home stretch of the race, Haney hammered his opponent, David Campos, on his housing record, with a barrage of tweets, mailers and digital ads.

While it’s impossible to say how much Haney’s dogged housing messaging contributed to his victory in the April 19 special election — compared to his massive fundraising advantage or low turnout overall — his central campaign theme can’t be ignored in San Francisco politics. Haney’s lopsided win could be a sign that the ideology of the YIMBY movement may not be the controversial notion it once was. YIMBY (Yes in my backyard) advocates building lots of housing at all income levels in every neighborhood.

“From the beginning, Haney in his campaign drove a strong contrast on housing, which is the number-one issue in San Francisco,” said Jim Ross, a veteran Bay Area political consultant who did not work on either campaign. “The messaging from Haney was, ‘build more housing.’ Campos’ was, ‘build more affordable housing, don’t give tax breaks to developers.’ When you’re fighting a bumper sticker with a paragraph, you’re usually going to lose.”

With housing being one of the only issue areas where the two progressive-identified candidates had substantive differences, the campaign turned increasingly negative. As the race wore on, the candidates traded jabs on Twitter and in their mailers, culminating in a television ad from Campos that showed Ronald Reagan’s face morphing into Haney’s.

But amid all of the sparring, the rejected development at 469 Stevenson St. in SoMa became Haney’s most effective rhetorical cudgel, according to political consultant Nicole Derse, who ran a pro-Haney independent expenditure campaign that spent $900,000 from labor groups.

“Haney wanted to build a housing project that contained many affordable units on a parking lot in San Francisco in a dense location, and the Board of Supervisors stopped it,” Derse said. “People thought that was ridiculous.”

Campos “had an opportunity” at that point, Derse continued. “If he had said, ‘Matt Haney was right and I would have voted for this project,’ he would have shown that he had evolved… But he didn’t. He doubled down on the obstructionism and it was clearly a losing message for him.”

Haney, by contrast, was rewarded for dramatically shifting his stance on housing — a move that drew the ire of fellow progressives, who accused him of selling out to real estate interests. “Matt Haney has sold his soul to the corporate devil,” noted San Francisco historian David Talbot wrote in a post on Campos’ website. “It’s that sad and that simple.”

In fact, Haney previously held many of the same housing stances he criticized Campos for in this campaign, supporting Campos’ failed moratorium on new housing in the Mission, and opposing several state laws designed to speed up housing development. In 2018, Haney ran for supervisor against Sonja Trauss, one of the founders of the YIMBY movement, harshly criticizing her and her housing policies along the way.

Oh how times have changed. This election, Trauss said that Haney was essentially “running on my platform,” but that she was glad to see him using her policy ideas. “It’s sort of like when your team loses early in the playoffs, you want to see the team that beat you win the whole thing.”

Whereas Trauss and Bilal Mahmood, an Assembly candidate who came in third in the February primary, were standard bearers of the YIMBY movement, Haney offered similar ideas as just one piece of a broader progressive policy agenda. In this way, Haney resembles David Chiu, the assembly member he’s replacing, who began his career as a member of the Board of Supervisors’ progressive wing and then became one of the strongest “YIMBY allies” in Sacramento, Trauss said.

Elsewhere in the state and nation, progressives and YIMBYs are not seen as strange bedfellows. In Berkeley, the progressive wing of the city council is strongly affiliated with the YIMBY movement. South Bay assembly member Alex Lee was endorsed by Democratic Socialists of America, and also identifies as a YIMBY. AOC and Elizabeth Warren identify as YIMBYs. “San Francisco is an outlier,” Trauss said. “Pretty much everywhere else, people recognize that progressivism is about integration and change and building housing.”

Whether Haney’s pivot on housing is indicative of a larger pivot among San Francisco voters remains to be seen. Turnout in the Assembly election is expected to be between 25 and 30%, and Assembly District 17 covers just half of The City — the more development-friendly eastern half at that.

“This was a low turnout election,” said Róisín Isner, director of Daybreak Pac, a progressive group that campaigned for Campos. “It’s hard to draw conclusions about the values of the electorate when most of them didn’t cast a ballot.”

Derse doesn’t see things that way. “This election was a referendum on building affordable housing and building more housing in San Francisco in general,” she said. While progressives can still “highlight the limitations of market rate housing,” Derse said, “what they cannot do is make the argument that building housing inherently is a bad thing. People just do not believe that. They didn’t really believe that 10 years ago, but they definitely don’t believe that now.”

Matt Haney’s decisive win could be a sign that building lots of housing at all income levels in every neighborhood may not be the controversial notion it once was. (Craig Lee/The Examiner)