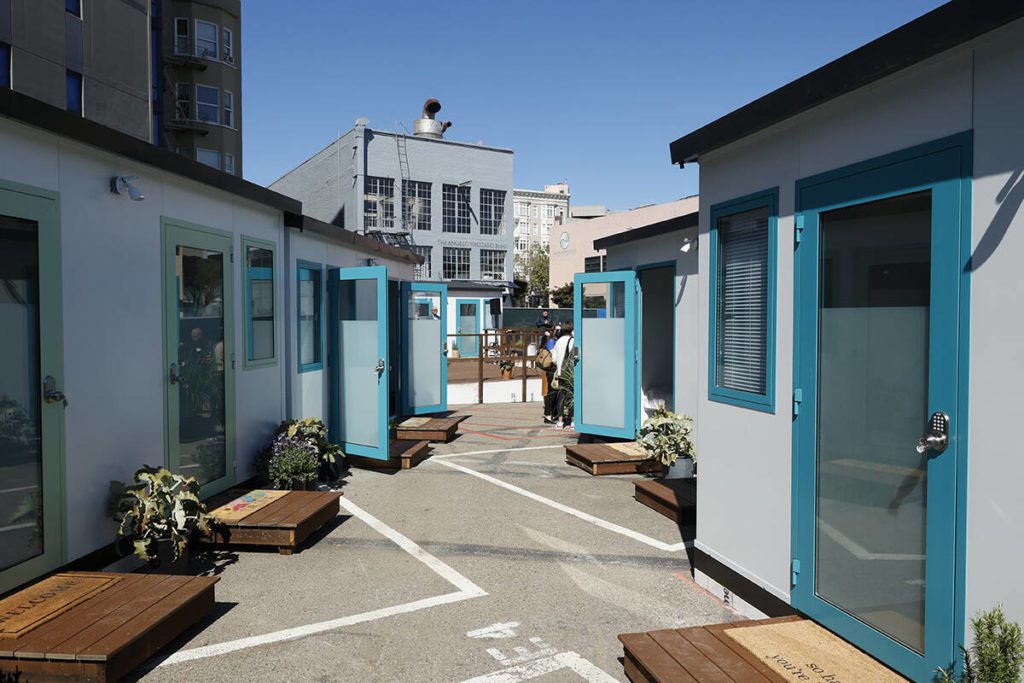 Alex Tourk wants to build 2,000 tiny homes for San Francisco’s homeless population. And he wants your help to get it done.

The political operative turned public relations specialist is teaming up with the citizen volunteer organization RescueSF to get this idea off the ground, The Examiner has learned. The newly formed nonprofit is calling itself MyOwnLockandKey.org. The goal? Increase transitional housing options and get the homeless off the streets.

Tourk, who ran point on Project Homeless Connect for former Mayor Gavin Newsom, knows the landscape and he’s banking that his history of running campaigns and building political coalitions will help move the plan forward.

He’s going to need all that experience and then some, because this idea is going to run into some serious hurdles.

First off, where are you going to put all these tiny homes, also known as modular housing units in the homeless advocacy world? Tourk says he’s identified 50 parcels of land across San Francisco that could house modular housing, owned by The City, state, federal government and private entities, such as religious organizations.

I asked where these parcels were, and he told me they’re spread across San Francisco. And that’s where it’s going to get interesting.

As we all know, people feel strongly about homelessness. They want something done. But they don’t want it done in their backyards. Tourk says he has an answer. That’s where you come in. Over the next 20 months, Tourk and RescueSF plan to “organize a broad citywide coalition of 25,000 San Franciscans to support bringing modular/tiny home transitional supportive housing projects to sites throughout the City.”

Good luck with that. And I mean it. If anyone can pull it off, it’s probably Mr. Tourk. He’s a driven organizer. He could sell the Pope dope. Part of the plan will be to hold 500 house parties across The City, where neighborhood supporters could gather their friends to hear the pitch.

“I could be pollyannaish here, right? There could be people who are like, ‘What are you talking about? … Get them out of my neighborhood,’” said Tourk. “But you know what? I want to inspire people. That’s what true organizing is. It’s like selling a vision and getting people to buy into it. This idea that you’re going to keep dumping people in the Tenderloin, in the Bayview, and this is going to somehow solve homelessness, just because it’s out of sight out of mind. If we really want to solve homelessness, we really want to make a dent in it, we all gotta participate, one way or another.”

OK, say you get the neighborhoods to buy in. Who’s going to provide the services needed? You can’t just give somebody a cabin and wish them luck. They’ll need services … and security.

Tourk believes The City is flush with cash (it is) and there are “a bevy of supportive services” available (um, not really). And he’s looking at the controversial nonprofit Urban Alchemy as a possible security solution.

OK. What about all the other nonprofits in town? The homeless industrial complex can be pretty territorial. Everyone wants to keep their piece of the funding under their own roof. On that front, Tourk figured the Coalition on Homelessness and the San Francisco Building Trades and Construction Council would be his biggest opponents. Both groups have traditionally opposed modular construction in favor of permanent housing.

But so far, Jennifer Friedenbach of the Coalition remains open to the idea and Rudy Gonzalez with the builders union is relatively supportive. Tourk says there are 1,300 union members who could benefit from building the 2,000 units proposed.

Funding may prove the biggest obstacle to MyOwnLockandKey. Tourk originally wanted to create a ballot measure that would make it possible to redirect some Prop. C money. (You know, the initiative that taxes the rich to help the homeless in S.F.) But that didn’t look politically expedient. Instead, his group wants to put this proposal in front of the Board of Supervisors and let them find the money. This could be Tourk’s Waterloo. Or Hamburger Hill. Many a dream has died in Room 250.

But this past week, the dream took a step toward reality. Not only is the group up and running, but they held a little party to kick things off. Tourk gathered a couple dozen of the biggest names in San Francisco’s homeless advocacy community at Civic Center Plaza to listen to his pitch and take a group photo.

“I picked this spot for a reason. And it really was three of them,” Tourk told the crowd. Turns out, George Moscone campaigned against the scourge of drugs and homelessness in the Plaza back in 1975. In 1988, this was ‘Camp Agnos,’ a homelessness tent encampment. And in 2004, Tourk and Judith Cain launched Project Homeless Connect on the same spot, spurring Tourk to say, “It made me realize that maybe my organizing skills were for something bigger than just electing politicians.”

“About a year ago, I met Mark (Nagel) and Laurie (Brooke), and these guys are doing amazing work at Rescue SF. They’re able to articulate a missing rung on the housing ladder, which is your transitional supportive, modular, tiny home construction. They are officially working with me as a policy arm of this foundation to help make sure we’re doing this appropriately, thoughtfully, with data and analysis. So again, today’s the beginning.”

Tourk points to existing, similar programs in Los Angeles, Oakland and Mountain View as his North Star. Not surprisingly, there were plenty of cheerleaders for his idea in the crowd at Civic Center Plaza.

“We’re very supportive of his idea,” said Brooke, co-founder of Rescue SF. “Having Alex come on board with his campaign experience and messaging experience, this could really take it to the next level.” She and her co-founder, Nagel pointed to an existing site at 33 Gough as their pilot.

The Examiner’s Sydney Johnson reported on the opening of that location, revealing that the site currently holds 30 cabins, with plans to expand to 70.

“Each unit is carefully and fashionably designed with details such as living plants, bookshelves and artwork, and features a bed, air conditioning, a desk and electricity,” wrote Johnson. “Bathrooms, showers and an eventual computer lab are all part of the development, which will get a wrap-around mural before the opening of all 70 units later this spring.” Generally speaking, residents would live in these cabins for months, rather than years. They’re intended to be a stepping-stone rather than a permanent solution.

But the site also only has a temporary lease. The developer wants to build on the site. That’s why movable units are important in this plan, Tourk argues.

“It’s about time that somebody really did something, stepped up and helped,” said Gwendolyn Westbrook, executive director of Mother Brown’s Dining Room, a social service group that runs a safe sleeping site in the Bayview. “Transitional housing is what they need.”

It was a lovely, sunny day in San Francisco. There was a feeling of hope in the air. Many of these people have been fighting on behalf of the homeless for years and years. And they’re not going to quit.

As I walked away from the gathering, I passed the safe sleeping site run by Urban Alchemy near City Hall. Many of the sites appeared empty inside the fence. Across the street, dozens if not hundreds of people milled about in search of a fix.

They seemed a lot more interested in heroin than housing.

Editor’s note: The Arena, a column from The Examiner’s Al Saracevic, explores San Francisco’s playing field, from politics and technology to sports and culture. Send your tips, quips and quotes to asaracevic@sfexaminer.com.

Tiny homes for homeless individuals at 33 Gough St. serves as a prototype for the kind of sites a new non-profit called MyOwnLockandKey.org hopes to build. (Craig Lee/The Examiner)

A group of homeless advocates and non-profit organizers gathered in front of City Hall on Thursday, March 2, 2022, to listen to Alex Tourk’s pitch to launch a transitionary housing non-profit called MyOwnLockandKey.org. Tourk, pictured at the center in a white shirt, chose the spot for symbolic reasons. (Photo by Mitch Tobias)