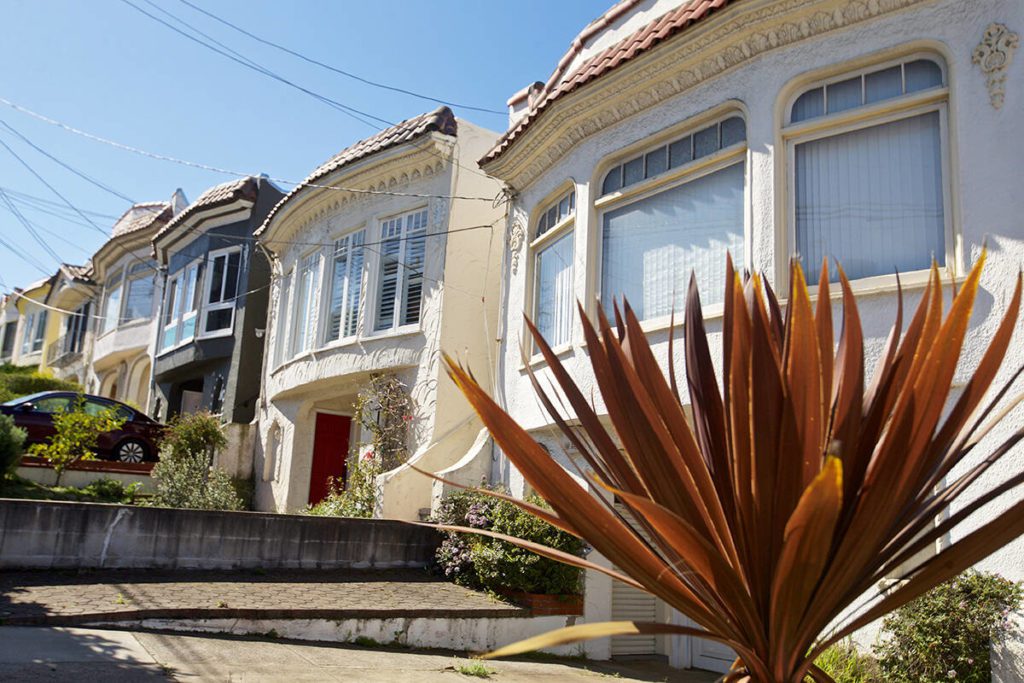 The San Francisco Board of Supervisors is hoping that three plus two will eventually add up to four.

On Monday, an already expansive debate about legalizing fourplexes throughout The City’s single family home neighborhoods got even bigger, as three competing proposals grew by two into five.

But the debate has much the same shape as it did when Supervisor Rafael Mandelman introduced the first of the competing fourplex proposals last summer. The differing visions come down to a question of economic feasibility for developers vs. affordability for future residents. If affordability and other requirements are too onerous, one faction says, little new housing will actually get built. Without affordability requirements and other restrictions, the other faction says, allowing increased density amounts to a developer giveaway with little benefit to residents.

If this housing debate sounds familiar, that’s because it is. The same ideological conflict has defined Mayor London Breed’s “cars to casas” proposal, and the ongoing Housing Element process, a state-mandated plan that forces The City to find room for 80,000 new homes over the next decade.

No matter which fourplex proposal goes through, don’t hold your breath for the instant transformation of Presidio Heights and Forest Hill: City analysis found that under current conditions, redeveloping single family homes into fourplexes is economically infeasible throughout The City. But some proposals are more infeasible than others.

Here is where the latest fourplex proposals currently stand:

Mandelman’s plan, which has been amended considerably since it was initially proposed, would allow up to four units on every residential lot in The City, and up to six units on corner lots. New buildings would be subject to existing height and bulk regulations, meaning they could only be as large as single family homes are allowed to be today.

Amendments added by Supervisor Myrna Melgar, now a co-sponsor, require new units created by the ordinance to be subject to rent control and require at least one of the new units to be at least two bedrooms in size.

Mandelman’s ordinance would enable San Francisco to comply with SB 9, the state law that functionally ended single family zoning when it went into effect in January, on The City’s own terms. Whereas SB 9 allows for backyard houses and eliminates discretionary review, Mandelman’s ordinance would prevent backyard houses (smaller backyard ADUs or granny flats would still be allowed), and preserve existing reviews. This provision has frustrated YIMBY activists critical of The City’s long and onerous permitting process.

The Planning Department has endorsed this legislation, finding it to be consistent with The City’s General Plan. However, an analysis commissioned by the department found that the development of fourplexes would in most cases be financially infeasible — even without affordability requirements. Construction and other development costs are simply too high to make redeveloping a house into a fourplex more financially attractive than reselling the home as is.

Like Mandelman’s fourplex proposal, Mar’s legislation would allow up to four units on all residential lots within existing height and bulk limits. All additional units would have to be at least two bedrooms.

Where Mar’s proposal substantially differs from Mandelman’s is that all additional units constructed on these lots must be sold or rented at rates affordable to households making below the area median income, though the income of new buyers and tenants would not be restricted. The affordability requirements would function much like rent control, where prices are capped but the income level of residents is not restricted.

The Planning Department withheld its blessing for this ordinance, due to the lack of income restrictions for new buyers and tenants. The department also dinged the ordinance for being even less likely to generate new housing than Mandelman’s proposal, due to the caps on developer profits. Mar’s ordinance would mandate proportionally far more affordable housing units than is currently required for downtown condo towers.

Mar has said he’d like to pursue additional legislation to provide financial and technical assistance to homeowners looking to add units to their houses.

Supervisor Ahsha Safaí has also proposed legalizing fourplexes on every lot with affordability requirements. Threeplexes and fourplexes would have to dedicate at least one unit that’s affordable to households making 110% of the area median income (AMI) for rentals and 140% AMI for for sale properties. Unlike Mar’s proposal, the affordable units generated by Safaí’s ordinance would only be available to those making below the designated income threshold.

In a new amendment, Safaí wants to give developers the option of paying a fee instead of requiring projects to include on-site affordable housing.

The Planning Department also disapproved of Safaí’s proposal, due to the financial difficulty of including affordable housing in such small developments.

At the Monday hearing, Mar put forward an amended version of Mandelman’s ordinance that would essentially merge the two legislators’ proposals. Among other provisions, the amended proposal would extend the same affordability requirement in Mar’s legislation to Mandelman’s.

Supervisor Dean Preston also proposed an amendment to Mandelman’s ordinance, requiring that any homeowner who takes advantage of it must have owned the home for at least five years. The intent, Preston said, was to prevent real estate speculators from using the ordinance.

“While I appreciate the thoughtful discussions with colleagues about this and other fourplex proposals over the last year, the clock is ticking,” Mandelman wrote in an email. “I am concerned that additional affordability requirements and provisions to limit the program to current property owners only would significantly limit how many new units could be built through this ordinance.”

The Board’s Land Use and Transportation committee will take up the fourplex question again on May 9.