Famous bookstore in San Jose up for sale 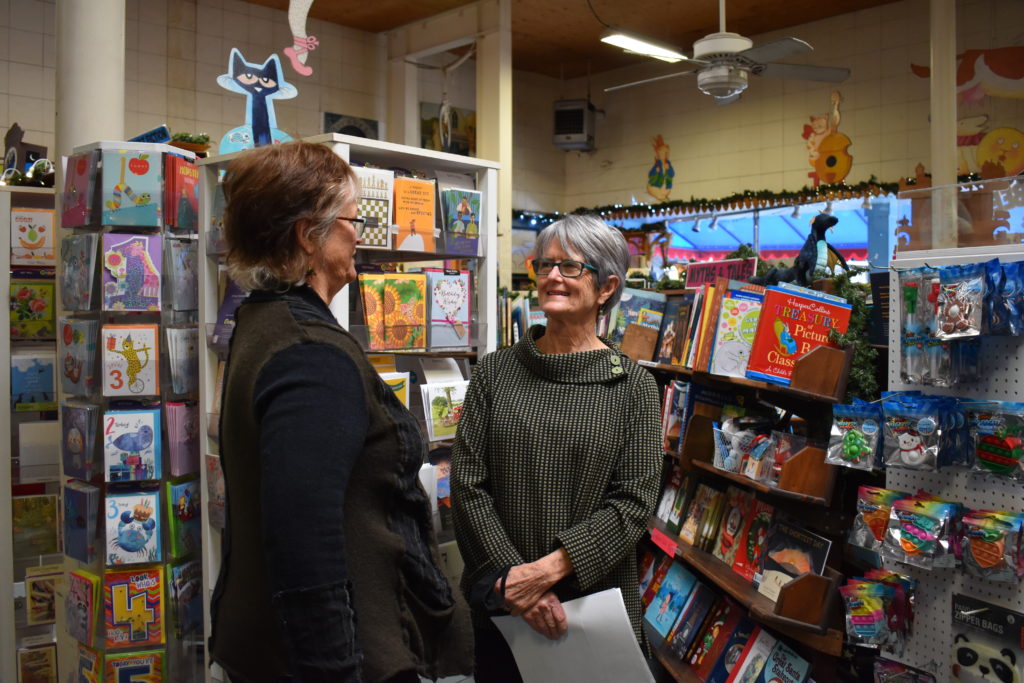 After 40 years, a beloved bookstore that many view as San Jose’s heartbeat of children’s literature is being sold.

Hicklebee’s, located on Lincoln Avenue in Willow Glen, is a family-owned business run by two sisters, Valerie Lewis and Monica Holmes. The pair are ready to retire and spend time traveling and being with friends and family. Lewis said they’re looking for a buyer who finds the bookstore as special as they do. They don’t want the store to close. They want Hicklebee’s to transition smoothly to another owner who understands what makes the bookstore special.

“We feel like Hicklebee’s is in a really good place,” Lewis told San José Spotlight. “We just want to make sure the next people who come in… have the same feeling of community and customer service that we have.”

On the bookstore’s walls cavort characters from children’s stories like “Where the Wild Things Are” and “Madeline.” There are surprises around every corner, like the key to “The Secret Garden” and the acorn that fell on Chicken Little’s head. Hicklebee’s has hosted a who’s who of authors, including Harry Potter author J.K. Rowling.

The Biz Beat: For 40-plus years, Hicklebee’s in San Jose has brought stories to life

“Just imagine being able to have a job where you look forward to going to work every day,” Lewis told San José Spotlight. “You have people you work with you like and people from the community come through the front door. It’s been a wonderful job. I’m very grateful.”

Lewis opened Hicklebee’s in March 1979 alongside friends Jan Gottlieb, Georgia Osborne and Vicki Villarreal. They started the bookstore without any business experience, gaining advice from librarians and reaching out to publishers for catalogues.

Lewis appreciates having generations of families visit the store. A man who recently came in with a child on his shoulders and another in a stroller told her he remembers climbing into the bathtub in the corner and reading a book there when he was a boy.

“Sometimes I walk through the store, and I’ll stop in my tracks because I’ll see two young siblings sitting cross-legged on the floor looking at a book together, talking and completely oblivious to the rest of the world,” she said. “The minute a book goes into the hands of a child, it becomes their story. I’ve always enthused about the fact that I have something to do with making those experiences wider.”

Maureen Lowe, a fourth grade teacher at Willow Glen Elementary School, said it’s been invaluable having the bookstore nearby. Photo by Lorraine Gabbert.

Key to the neighborhood

In late June, Flanagan requested a book for her father, “The Church of Baseball” by Ron Shelton. Hicklebee’s came through, even though it wasn’t a book they’d normally carry, she said.

“It’s comparable to Neiman Marcus or a Ferrari dealership,” she told San José Spotlight. “They are the top.”

Maureen Lowe, a fourth grade teacher at the school, said it’s been invaluable having the bookstore nearby. She said Hicklebee’s helps get students excited about reading.

“We don’t have that many brick-and-mortar bookstores anymore,” she said.

Classes take field trips to the bookstore. Teachers offer Hicklebee’s gift certificates as incentives for students to reach high reading levels or if they score well on a test, fifth grade teacher Kim Calleja-Harris said. She added the PTA provided each teacher last year with $1,000 credit at Hicklebee’s for their classroom libraries.

Stacie Murdock and Sally Midgley volunteer at the school and shop regularly at Hicklebee’s. Photo by Lorraine Gabbert.

Sally Midgley volunteers at the school and shops regularly at Hicklebee’s. She loves taking her children there and hopes the new owner doesn’t change anything.

“A children’s bookstore is such a magical place,” she said. “It’s key to the neighborhood. It’s such an important part of our community.”

Connie Wolford, a local who has visited Hicklebee’s for 10 years with her family, said it’s always friendly and makes great recommendations.

“It just feels like home,” she said. “You feel like you can go and curl up in a corner and read a book.”

The post Famous bookstore in San Jose up for sale appeared first on San José Spotlight.