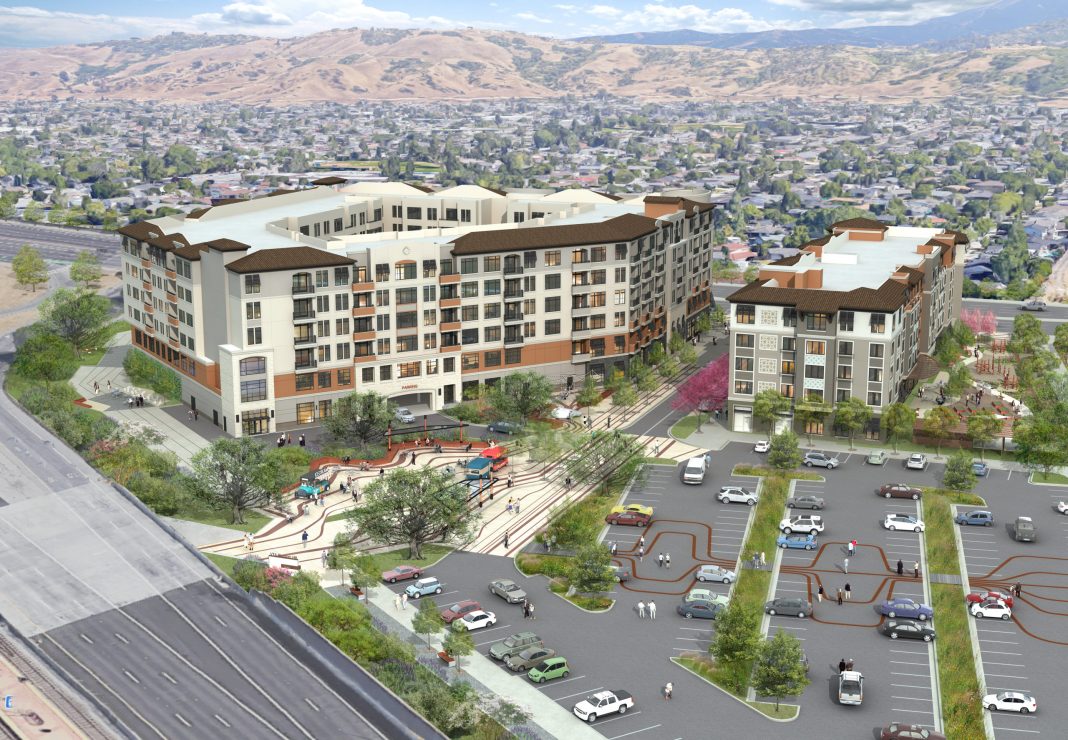 VTA is on a mission to dig itself out of the red by building thousands of new homes in Santa Clara County.

On Tuesday, the San Jose City Council will consider approving hundreds of residences near the Blossom Hill light rail station. The project is part of VTA’s long-term plan to develop its land along the agency’s transit corridors. By leasing surplus land near light rail stations to private developers or government housing agencies, VTA hopes to collect steady revenue from leases and new riders. The transportation agency sees this as a strategy to address Santa Clara County’s housing shortage and its own financial problems.

VTA is proposing two multi-story buildings on a 7.42-acre site at 605 Blossom Hill Road. The development will include 328 apartments, more than 13,500 square feet of commercial space and an 800 square-foot community room.

If the Blossom Hill project is approved, the developers expect to break ground in 2024 after a delay during the environmental review process, according to Melissa Durkin, project representative for developer Republic Urban Properties.

“The development of this property will result in much needed housing for our community and private investment in the station area for improved ridership experience,” VTA officials said.

The public transit agency has 11 residential projects underway, which are anticipated to increase annual revenue by $60 million in the upcoming years. During the pandemic ridership plummeted and revenue from fares sunk. Last year, the agency projected its expenses will exceed revenues by $47.5 million by 2031.

Other VTA residential developments are already in progress, including a 569-unit housing project with 135 apartments set aside for affordable housing near VTA’s Tamien station. VTA has 25 sites eligible for future development. The agency anticipates it will build more than 7,000 residences by 2040, officials said.

Meanwhile, San Jose remains one of the most expensive areas for renters at a time of growing wealth inequality.

While the project is likely to gain approval, it could still take years to complete amid an ongoing housing crisis, said Catalyze SV Executive Director Alex Shoor.

“Housing that’s not built today (means the) people who need it aren’t getting into it,” Shoor said. “We want to see, once a city council blesses a project, the developer  move forward quickly.”

Councilmember Matt Mahan, whose district encompasses the Blossom Hill development, said building much-needed housing and investing in amenities which include a trail connection to Martial Cottle Park is a real win for the community.

“My only frustration has been how slow our process has been on the city side,” Mahan told San José Spotlight. “We have to invest in our Planning Department to reduce vacancies and streamline our review process.”

Keeping the community in mind is critical in a project like this one, Shoor said. Catalyze SV compiled a report on the Blossom Hill project, rating it a four out of five across categories like community outreach, transportation accessibility and affordability.

“Why not provide free VTA transit passes to the residents? The best way to reduce traffic and congestion is to build less parking and encourage other ways of getting around,” Shoor said. “VTA transit passes, when they’re given free to residents, are a great incentive.”

The San Jose City Council meets Tuesday at 1:30 p.m. Learn how to watch and participate.

This story will be updated.