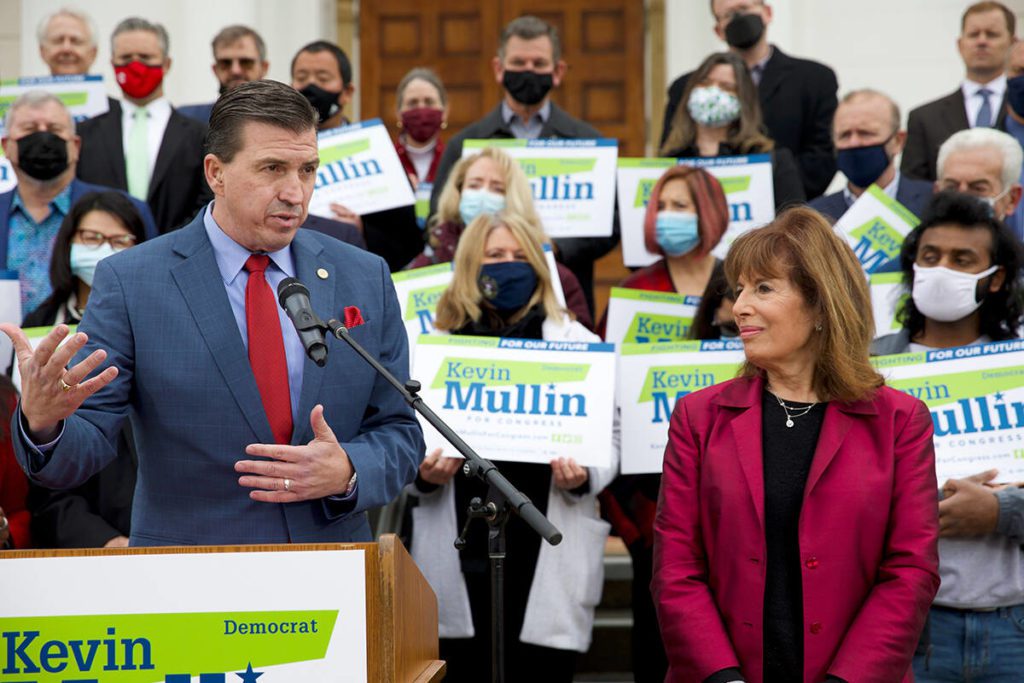 The legendary member of Congress has represented the southern portion of San Francisco and San Mateo County in Washington since 2008, championing LGBTQ rights and women’s equality, among other issues along the way. She served in the state Senate and Assembly before that. And she survived five gunshot wounds from an assault rifle on a Guyana tarmac during a fact-finding mission to investigate Jim Jones and his People’s Temple. Her political mentor, Congressman Leo Ryan, died on that same runway. So did more than 900 others in the nearby Jonestown commune, victims of a mass suicide driven by a madman.

Luckily for all us, Speier lived on to serve the public in spectacular fashion. On the state level, she passed more than 300 pieces of legislation. Nationally, she brought the #MeToo movement to the floor of Congress, wrote important sexual harassment laws, was named to a list of 150 “Fearless Women” in the world by Newsweek and called for the removal of former President Donald Trump, invoking the 25th Amendment. It’s been an impressive ride that is now coming to an end. Speier announced her retirement in November, effective at the end of her current term. Like any great leader, she has a successor in mind. Now it’s up to the voters to decide whether they agree.

Enter Kevin Mullin, a 51-year-old South San Francisco native who has served in the Assembly since 2013. Prior to that, he was mayor and a councilmember in his hometown. And before that, he worked for Speier. He’s the one she endorsed. He’s the one who hopes to walk in her footsteps.

The Examiner conducted an exclusive interview with Mullin to hear what he has to say about the race for what is now the 15th Congressional District, in which he faces two primary opponents, Burlingame Councilmember Emily Beach and San Mateo County Supervisor David Canepa. After a slow start in fundraising, Mullin has picked up the pace and told us he’s accepted more donations than both of his opponents in the first quarter of 2022. His campaign also released a poll Wednesday, conducted by Fairbank, Maslin, Maullin, Metz & Associates (FM3), that shows Mullin has a nearly 2-to-1 lead over Canepa among 427 random voters interviewed. That’s all well and good, but polls aren’t votes. And Mullin has plenty of work in front of him.

Voters will first have to pick their candidates in the June 7 primary, after which the top two finishers will battle it out in the November election. Mullin told me he’s ready for the political fight, which is getting a bit nasty on Canepa’s side of late. But he also has a huge advantage in terms of endorsements. In addition to Speier, Mullin has gotten the nod from the California Democratic Party, the California Labor Federation and Silicon Valley Congresswoman Anna Eshoo, among others.

Here’s my conversation with Mullin, edited for brevity and style:

It must be gratifying to get Jackie Speier’s endorsement. And you’ve known her for a long time. What parts of her legacy do you hope to continue?

I see us having different styles and approaches. And, frankly, I think I’ll probably focus on some different issues. But I plan to embrace the core values around being a district-based legislator. Many members move to Washington, D.C., but I’m going to going to live here. I’m going to keep my family here. I’m going to emphasize the district operations. In fact, my first job with Jackie was doing constituent casework. And that is where you see the power of government to help people. We would work to be a liaison between the constituent and (government) agencies. That’s really where I cut my teeth, doing constituent casework. I learned that in her office, and I’m going to continue that tradition.

The other thing I can say, Jackie taught me the willingness and ability to stand up to powerful interests, in some cases to your political detriment. Legislating with integrity, and putting the public interest above all else, regardless of the political consequences, I admire immensely. I think that’s what this district has come to expect of their of their Congress member. And that is a legacy I want to continue.

If elected, you would represent one of the richest districts in the country. It’s hard for most people to live here. Tell our readers what you plan to do for them in terms of housing, inequality and the general high cost of living.

I’m sitting in the home that I grew up in, that my wife and I inherited from my father upon his passing. Candidly, the only way that we were able to stay on the Peninsula is through help from my parents and then inheriting this property. We were at the epicenter of the affordability crisis. We’re a victim of our economic success. I think the federal government has a role to play on affordable housing, low income housing, tax credits and other approaches. I talk about the three-legged stool of housing, transportation and childcare. Those elements have to be there to maintain our economic vitality and quality of life. We have a shrinking middle class. It’s not a sustainable path to just have wealthy elites, and then very low-wage service workers.

I love this area. I’m a lifer. It will be the honor of my life if I’m fortunate enough to be elected to represent this incredible slice of the world. But we have very serious economic and affordability challenges. That will certainly be at the top of my agenda.

What areas would you focus on in Washington?

We’ve got a number of Congress members who are heading toward the age of retirement. You’re going to see a generational transition with the Bay Area’s congressional delegation. So we need to make sure that we are planting seeds, and finding our way onto the money committees to bring money home to activate projects in the district. Transportation is huge. I want to get on transportation and infrastructure committees, helping Caltrain electrification, ferry service and Bay Area connectivity. We are an economic engine for the state and the country. So we should have a world-class public transportation system. We’ll be leading the world on clean energy, too. So energy and commerce is certainly intriguing. And I really care about workforce issues.

These are all things that I’m thinking about. But I want to be careful not to get too far ahead of myself. I’ve got to win this race. I also want to demonstrate to the voters that I have been thinking about how to be effective right away, with an understanding that Washington is a different animal than Sacramento. But I’ve got a proven track record of delivering for the district. And that’s really what I’m trying to convey on the on the campaign trail.

So, let’s talk about the race. Your primary rival, David Canepa, has been on the attack. Do you plan to attack back?

I’ve been disappointed in how Mr. Canepa has conducted himself on this campaign. He has chosen to attack a fellow Democrat. I think he views me as the front-runner, and has chosen to go on the attack. But that’s politics. I am going to be focused on a positive campaign. I’ll respond to attacks. And I’ll call out the misinformation. But I’m going to focus on the issues that I see as confronting 15th Congressional District. I’m going to make every attempt to run a positive campaign. You can also tell a little bit about how somebody’s going to govern by how they conduct themselves on the campaign trail.

Speaking of politics, Washington is a partisan mess. Why would you want to enter that fray?

So a couple of general thoughts just on democracy. The primary motivator for me to continue my public service is that I genuinely believe democracy is under attack. That free and fair elections are being undermined in states across this country. This goes against everything that we’ve come to believe about American democracy and free and fair elections. It’s happening right now. It’s hard to imagine where we’re battling over voting rights in 2022. And this should not be a partisan battle. It should be about access to the ballot and ensuring that there are standards. This goes back to Bush versus Gore, and HAVA, the Help America Vote Act. This has been an ongoing effort. But now people are questioning the validity of the elections themselves. The Big Lie. This is a battle that speaks to the rule of law. … I certainly hope Democrats maintain control. But if you have a Trump scenario in 2024, I want to be on that floor to engage in that fight for democracy.

Editor’s note: The Arena, a column from The Examiner’s Al Saracevic, explores San Francisco’s playing field, from politics and technology to sports and culture. Send your tips, quips and quotes to asaracevic@sfexaminer.com.