Opinion: High-profile incidents test California’s crime reforms. Are we doomed to repeat the past? 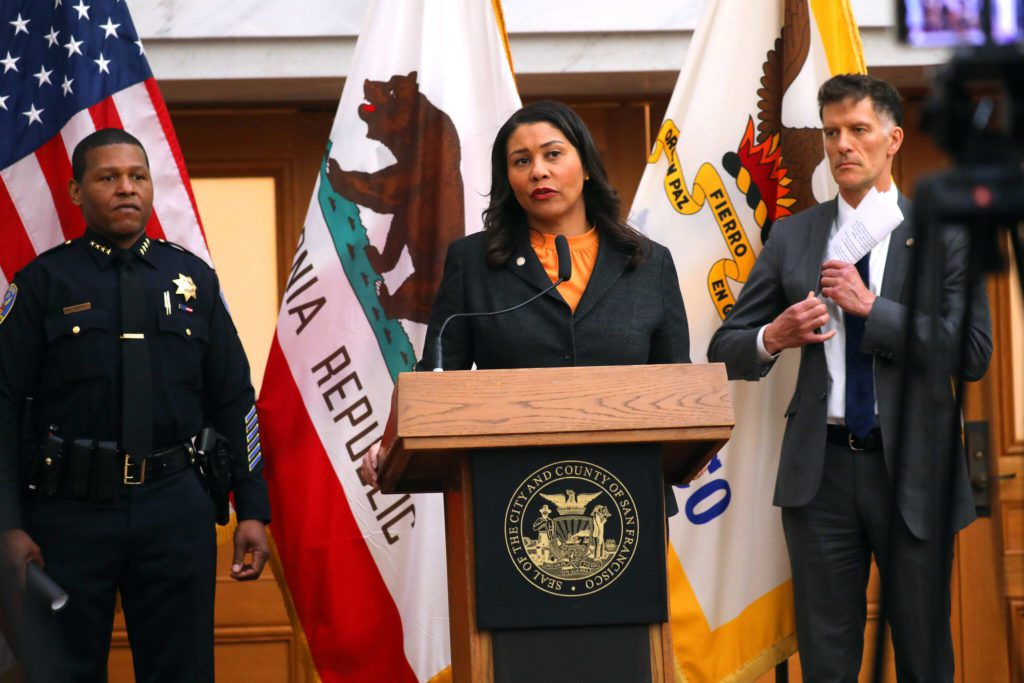 It was a season of fear. Murders spiked, mobs rampaged in the streets and California voters found themselves at a crossroads.

Would they buy into a lock ’em up Republican law-and-order message? Or would they trust a Democratic leader who the GOP blamed for nearly every crime in California?

The year: 2006. The Democrat: Jerry Brown, then running for state attorney general after two terms as mayor of Oakland. Republicans depicted Oakland as a bastion of unchecked crime where liberal policies allowed killers and vandals to run amok.

It didn’t matter that Brown had styled himself as a tough mayor who flooded crime hot spots with police and imposed a parolee curfew. Oakland murders surged to 148 in 2006, though overall crime fell during Brown’s tenure. In addition, TV newscasts had become fixated on a chaotic new car-based mob phenomenon called a sideshow.

Despite the challenging optics, Brown won the AG race. After returning to the governor’s office in 2011, he would usher in some unprecedented criminal justice reforms. During this era of reform, California has witnessed some of the lowest crime rates since the 1960s. Yet some now blame reform for high-profile crime sprees like the smash and grab robberies in Union Square.

As California repeats its cyclical debate over crime, it’s important to remember how we got here. To understand the politics of crime, you must examine why Brown presided over the most significant prison reforms in history after enabling mass incarceration during his first stint as governor in the 1970s.

Republicans who blamed Brown for crime in 2006 were partly right: He bore some responsibility, but not because of progressivism. Mayor Brown was pro-police. But his culpability for California’s crime problem dated back to 1976, when he signed the Uniform Determinate Sentencing Act. A response to surging crime, the law swelled California’s prison population by lengthening sentences.

This satisfied public hunger for punishment, but it failed to make California safer. Long prison sentences for nonviolent offenders – many of them Black and brown men – only produced hardened repeat offenders. Both California’s violent crime rate and prison population climbed to new highs in the ’80s and ’90s.

The ghost of this policy haunted Brown in Oakland. He immersed himself in the crime issue, talking to cops, judges, parolees and reformers. He read former New York Police Department Commissioner Bill Bratton’s book on “broken windows” policing and consulted Stanford University criminologist Joan Petersilia, an expert on the failures of mass incarceration.

He confronted the failure of mass incarceration and, upon his return to Sacramento, distilled his insights into landmark reforms. The first, public safety realignment in 2012, aimed to reduce California’s prison population by 30,000 (as mandated by a Supreme Court order) and cut billions from the budget (then suffering a massive deficit).

In 2014, voters approved Proposition 47, a major sentencing reform. Brown remained publicly neutral though his allies pushed it. In 2016, Brown campaigned for Prop. 57, a successful measure to reduce the number of nonviolent offenders serving long sentences in prison. In 2018, he led efforts to defeat a police-sponsored ballot measure to repeal parts of both reforms.

Crime has now dropped to historic lows. But highly publicized flash mob robberies, along with the national murder spike, have helped create a climate of fear. The result is a cognitive dissonance easily exploited by political actors – like Republicans and police groups – who know data doesn’t win political debates.

Should California once again overfill its prisons with nonviolent criminals? We tried that for decades and it didn’t work. But prison reform does not prevent police from making arrests or district attorneys from seeking jail time for persistent or felony offenders. As crime innovates and trends emerge, local officials must rise to the challenge.

Brown has some advice.

“Crime has many factors, but I would say you’ve heard about the redistribution of wealth,” he said during an exclusive interview with Elex Michaelson of Fox 11 in Los Angeles. “We need a redistribution of incarceration.”

Brown suggested that local authorities toughen their response by targeting recalcitrant criminals with flash incarceration or diversion programs. Such measures, known as “intermediate sanctions,” have shown promise at deterring crime and formed an important part of Brown’s reforms.

Not everyone is a fan of this Democratic pivot.

“How dumb,” tweeted former Stockton Mayor Michael Tubbs in response to Brown’s quip, saying a tougher approach would mean locking up people “like me, my family, my children.”

It’s an interesting thing to say about a man who has done more than most to dismantle mass incarceration. Yet it reflects how easily we forget recent history and overlook nuance when it comes to crime. As a result, we often find ourselves repeating the same old political debates without grasping key lessons, some of which I will outline in my next column.

Gil Duran is Editorial Page Editor of The Examiner. Before returning to journalism, he served as press secretary to Jerry Brown at Oakland City Hall (2003-2007) and the State of California (2011-2013).