Opinion: Recalling Chesa Boudin for not being ‘tough on crime’ makes no sense 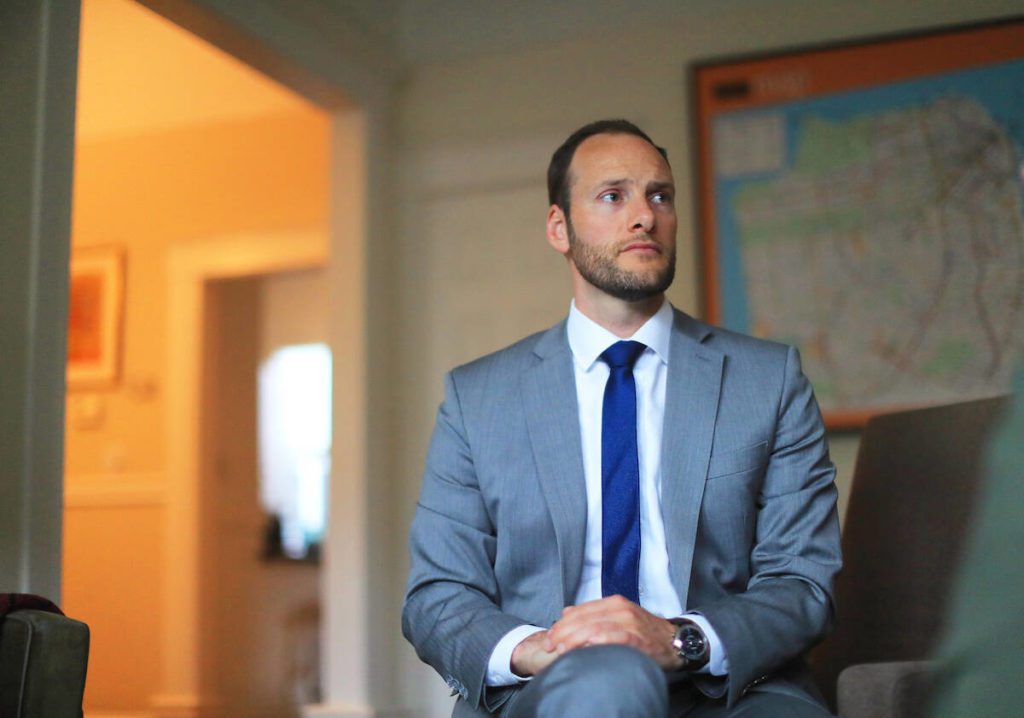 As a former prosecutor and someone who teaches and writes about criminal law, I have been watching the recall campaign against San Francisco District Attorney Chesa Boudin with interest and increasing dismay. I initially thought the campaign might offer lessons about the future of the nationwide movement to elect reform prosecutors, and about how to balance concerns about crime with concerns about excessive punishment as we emerge from the COVID-19 pandemic.

It has become increasingly clear, though, that the recall campaign has almost nothing to do with how Boudin has been running his office, and that the main lesson it offers is that the rules for recalling elected officials in California need to be changed.

Echoing the recent campaigns of reform prosecutors in many other American cities, Boudin ran for district attorney pledging to temper the severity of criminal justice in San Francisco, roll back mass incarceration, reduce racial inequities, and redress wrongful convictions. He took office just as the pandemic began to explode, leading to frightening increases in homicides in cities across the county.

There’s no evidence that Boudin is to blame for any of the increased crime San Francisco has seen over the past two years. Prosecutors can only charge the cases that the police bring to them, and Boudin’s filing rates — the percentage of cases resulting in criminal charges — are generally in line with those of his predecessors.

As he promised to do, Boudin has made some significant changes in how criminal cases are prosecuted. Since Boudin took office, the district attorney’s office has stopped using cash bail to detain people before trial, and it has increased the number of cases it sends to diversion programs as an alternative to prison sentences. But there’s no reason to think that either of these policies has increased crime, and neither amounts to giving offenders a free pass.

Instead of detaining people because they are too poor to pay bail, Boudin’s office has sought to detain people based on the threat that they pose. This is an approach increasingly adopted by prosecutors around the country. And for good reason: It’s hard to think of a good argument for locking people up because they are poor.

Diversion programs, too, are increasingly common across the country, and they have a long history in San Francisco. Again, the idea isn’t to give anyone a free pass. Instead, the idea is to use rehabilitation programs and community supervision, where possible, to help turn people away from crime, instead of sending them to prison. These programs aren’t appropriate in every case, and Boudin, like his predecessors, has been using them selectively, although Boudin has offered diversion more often than his predecessors, particularly in less serious cases.

There’s room for reasonable disagreement about how much diversion is appropriate, but the general thrust of Boudin’s policies is fully in line with what the majority of experts who study criminal justice have been recommending for years. That’s partly because serving time in jail and prison often makes people more likely, rather than less likely, to commit further crimes. Diversion programs don’t just save money, and they don’t just spare people convicted of crimes — and their families and communities — the disruptive and often brutal experience of incarceration. Over the long term, there’s good reason to think that diversion programs also decrease crime.

Up until a decade or so ago, district attorneys were almost never elected because of the policies they promised to pursue. Instead, races for district attorney were contests to see who could sound toughest. That was a recipe for disaster. It helped give the United States a criminal justice system that was needlessly cruel, spectacularly unfair, and far less effective than it should be. It would be terrible to take the politics of criminal justice back to that era.

Unfortunately, that seems to be exactly the kind of politics fueling the recall campaign in San Francisco. Boudin is being attacked not because of any evidence that his policies or practices have actually been harmful, but because he doesn’t look and sound like a traditional, “tough on crime” prosecutor. But San Francisco shouldn’t want that kind of a district attorney.

Boudin was elected precisely because he promised to bring a less punitive approach to the district attorney’s office. He didn’t promise to stop prosecuting crime, and he hasn’t done so. It’s perfectly fair to hold him accountable for the policies he has adopted. But what should matter is how the policies actually work.

Assessing the performance of district attorneys can be tricky. Prosecutors are asked to balance often objectives of safety and fairness, and they can accomplish little by themselves, because they are only one part of the criminal justice system. I have spent a good bit of time studying possible ways of measuring prosecutorial performance, and one thing is clear: It takes time to see how well prosecutorial policies are working, even in ordinary circumstances, let alone during a worldwide pandemic.

That is why district attorneys, like most elected officials, shouldn’t and don’t face the voters every year. Recall elections are supposed to be for exceptional circumstances, not for when the losing side wants a do-over. They shouldn’t be used to unseat a district attorney who is doing what he was elected to do — especially when the recall campaign is based on fear and misinformation rather than on evidence.

David A. Sklansky is a law professor at Stanford University and faculty co-director of the Stanford Criminal Justice Center. He previously worked as a federal prosecutor in Los Angeles.