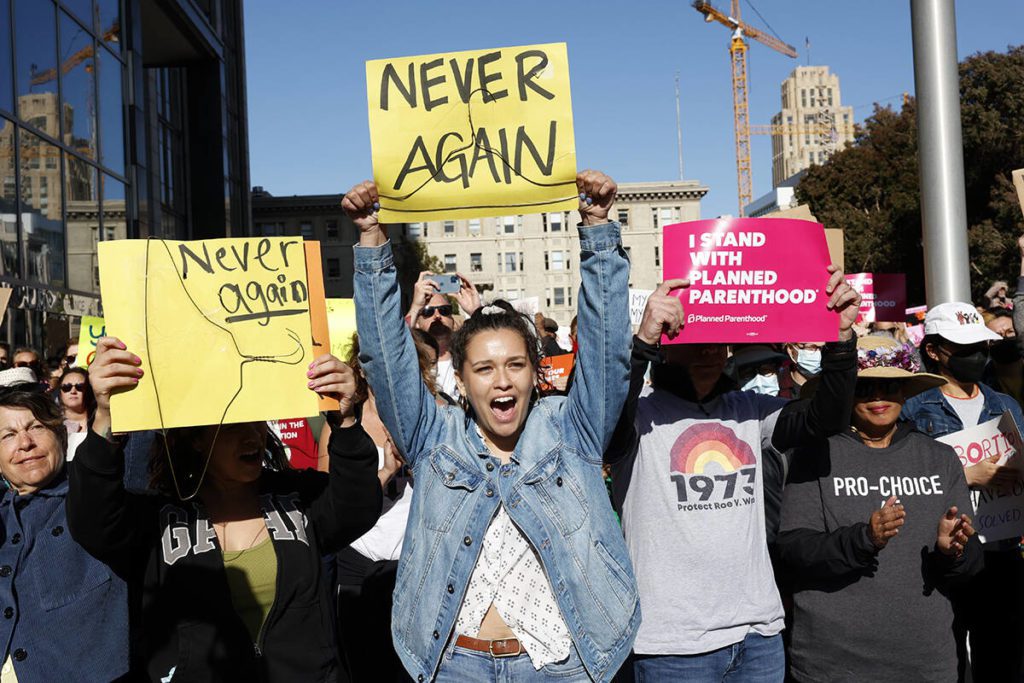 Lanhee Chen, a Republican candidate for controller of California, wants power over the state’s purse strings. As the state’s chief fiscal officer, Chen says he’ll be “a watchdog, not a lap dog” and hold Democrats accountable.

What he won’t say, however, is whether he supports women’s abortion rights. Chen has ducked the question during his campaign to become the first Republican to win the controller’s office since 1970. With Politico reporting that conservative justices on the United States Supreme Court will soon overturn abortion rights, abortion has become the top issue of the 2022 election. Chen can no longer evade.

Does it matter whether California’s controller believes women should be subjected to forced births? Yes, and more than you might think. The controller has plenty of troublemaking potential.

“The controller is a very, very powerful office,” said Chen during a January interview with anti-choice activist Ed Martin, who hosts a podcast called “The Pro America Report.”

Martin, a failed Missouri politician and Trump supporter, is president of Phyllis Schlafly’s Eagles. The organization supports the retrograde politics of Schlafly, an ultra-conservative icon who died in 2016.

Schlafly called Roe v. Wade “the worst decision in the history of the U.S. Supreme Court” and also mounted a successful fight to halt ratification of an Equal Rights Amendment to the Constitution. During a speech in in 2007, Schlafly dismissed the concept of marital rape.

“By getting married, the woman has consented to sex, and I don’t think you can call it rape,” she said.

It’s pretty extreme stuff. So why would “moderate” Republican Chen appear on a show hosted by a rabid anti-choice activist who promotes a toxic brand of anti-woman politics? If Chen hoped to conceal his anti-choice politics, booking Martin’s podcast was a strange move. It tipped his hand on an issue he tries hard to avoid.

The summary accompanying Chen’s episode of the podcast refers to abortion as an “industry” and calls for the elimination of funding for Planned Parenthood.

“When you take a look at the abortion industry, all you have to do is follow the money to see how deeply entrenched it is with corrupt politicians and other special interests,” it says.

Oddly, abortion didn’t come up during the interview. Instead, Chen told Martin why he sees the controller’s office as a worthy prize for conservatives.

“In terms of the powers of the office, you have the ability to audit any program of state government for any time at any reason and identify malfeasance,” said Chen. “You have the ability to stand up against spending that is not authorized, that is somehow not proper or illegal — including, by the way, Ed, you can take the extreme step of denying payment as controller.”

If California becomes a sanctuary for women in need of reproductive health care, could Controller Chen use his powers to derail those efforts?

“As Controller, I will be singularly focused on standing up for taxpayers and bringing fiscal transparency and accountability to Sacramento,” said Chen in a statement. “In that role, I would have neither the power or interest to change current California laws regarding abortion, nor to restrict access to abortion in our state.”

Theoretically, however, Chen could use the office to grandstand and get booked on the Fox channel. Today, the only thing most Republicans here can do is complain on Twitter.

“To combat the Roe v. Wade decision, democrats in CA have introduced SB 1142 which would invite women across the country to come to CA for an abortion, paid for by CA,” tweeted state Sen. Melissa Melendez, R-Lake Elsinore, on Monday. “Planned Parenthood is salivating at the thought of all the $$ they will make.”

Martin, the podcaster, shared Melendez’s post with his followers.

Now, imagine what might happen with Chen as controller. Would he gladly disburse taxpayer dollars to fund abortion services? Or might he take the “extreme step of denying payment”?

Anyone familiar with today’s GOP knows the answer. Yet Chen has racked up multiple endorsements from Southern California newspapers, including the Los Angeles Times and the Orange County Register. The editorials portray him as a wonk who vows to embrace transparency and eschew partisanship.

Not everyone’s buying it.

“Our state tax dollars fund reproductive health and I believe we need a controller who is committed to supporting and expanding these services,” said Malia Cohen, a former San Francisco supervisor running for controller.

Cohen called Chen a “wolf in sheep’s clothing” and pointed out the irony of a candidate who pledges transparency while refusing to say where he stands on abortion or whether he voted for Trump.

Of course, Chen’s leanings are hardly mysterious. He advised the presidential campaigns of two anti-choice candidates. In 2010, he worked for a California gubernatorial candidate who promised to, in Chen’s words, drive “the number of abortions to zero.”

Chen’s silence speaks loudly. Will voters trust his promise to avoid partisan meddling as controller? Unlikely. After all, certain Republicans on the Supreme Court assured us that abortion rights were settled law, and look where we are today.