The doorknocking mastermind who helped Haney get elected 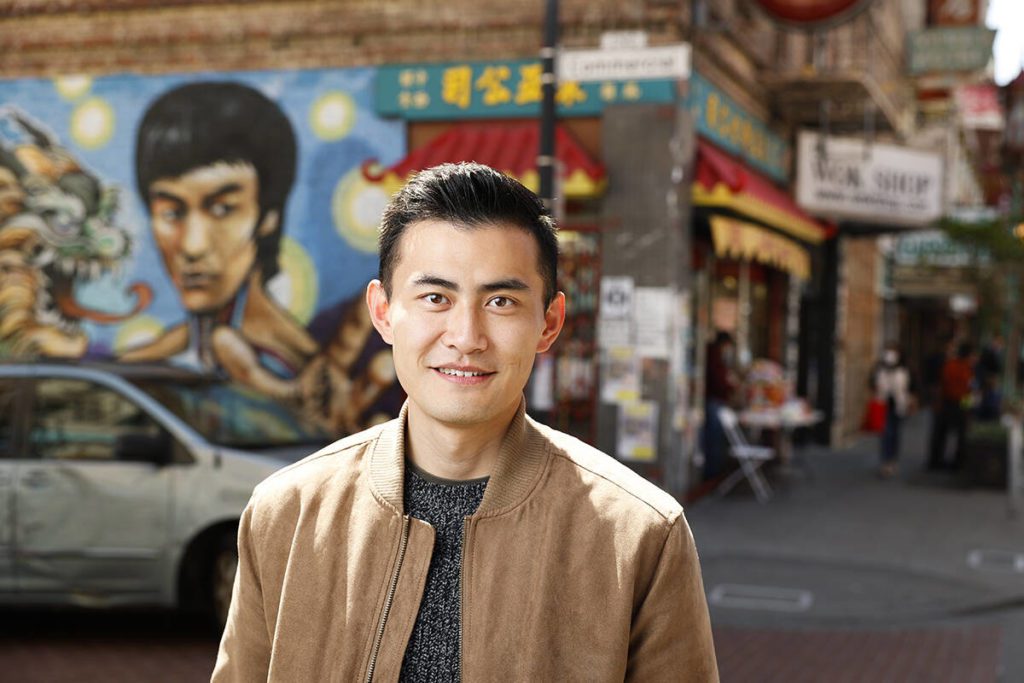 If you live in San Francisco, there’s a decent chance Han Zou has knocked on your door.

Since 2018, Zou has played a leading role in Matt Haney’s two successful political campaigns — first in a surprising win to represent District 6 on the San Francisco Board of Supervisors, then again in a resounding victory in last month’s special election for State Assembly District 17.

As the field director in both elections, Zou’s relentless approach to doorbelling, texting and every-other-which-way engaging with prospective voters won him nods in local media, but he has largely avoided San Francisco’s political spotlight.

But to those who work closely with Zou, he’s nothing short of a mastermind.

“He’s definitely a star and one of the best campaign people I’ve ever worked with,” Haney told The Examiner.

By the time Haney triumphantly took the stage to declare victory on election night last month, Zou and his sizeable team had knocked on 85,509 doors and made 178,000 phone calls.

“Every person that we talk to, for us we get a sense of how people are feeling,” Zou told The Examiner. “That helped us, to guide us.”

According to longtime San Francisco-based political consultant Ace Smith, Zou adapts based on what his team is hearing from voters on the ground, as opposed to those who view the “task as formulaic.”

“What makes Han different is Han is able to marry tactics to strategy. He understood what we were trying to accomplish and he adapted his field work in a really robust way to accomplish that,” Smith said.

Zou built a culture of listening to staff and volunteers, Haney said.

“Every day when our field team and volunteers came back, Han would have a meeting with them and they would all share what they heard and what people were saying and we would make sure we would be responsive to that,” Haney said.

Zou landed in San Francisco as so many others have — as a young person, and sort of on a whim.

Zou’s family immigrated from China to a small town tucked between New Haven and Hartford, Connecticut when he was six years old.

Despite having no real connection to the west coast, Zou came to San Francisco after college for a job at Asian Law Caucus. Leaning back into an interest in politics that began in high school, Zou signed on to Haney’s 2018, eventually becoming its field director, and quickly faced a San Francisco-steep learning curve.

“I knew nothing about San Francisco politics — which, obviously I still feel like I’m learning every day,” Zou recalled.

Ask those around him, and Zou’s clearly already learned a lot.

Smith pointed to a Campos campaign mailer that labeled Haney as responsible for the conditions in the Tenderloin. Clearly interpreting the message as denigrating to the Tenderloin – and gauging voter feedback from the field – Haney countered that he was proud to represent the neighborhood, blasting that message on social media. (It even made an appearance in an Examiner column).

Smith also credited Zou with Haney’s success in persuading Asian American voters to side with him. (Haney won Chinatown, for example, by almost 40 percentage points).

The campaign recognized that the way Chinese voters consume media is different than English-speaking voters. WeChat, the Chinese social media and messaging app, is almost ubiquitous and is how many people communicated with family in China, Zou noted. The campaign worked with Haney supporters to spread the word in WeChat group chats, for example.

“We had a really intentional strategy, especially in the runoff – we wanted to talk to Chinese voters the way that Chinese people communicate,” Zou said.

The campaign assembled a sizable Chinese team of about 14 people who spoke Cantonese, Mandarin, and Toisanese and deployed them into neighborhoods. They were intentional about connecting with local community leaders with clout, not just chasing the endorsement of elected officials. And they didn’t just try to connect with Chinese voters in Chinatown, but neighborhoods like the Bayview and Portola.

“A lot of campaigns…they’ll buy a bunch of ads and things like that, but usually the level of messaging and attempt at face to face communication with Chinese voters is never really that high,” Zou said.

In a world that’s increasingly digital, especially after the onset of the COVID-19 pandemic, Zou’s work proves there’s still tremendous value in the ground game.

“It’s all about talking to voters, having the one on one,” Zou said. “There’s nothing more effective than having someone talk to you.”

Zou and Haney established a number of voters they wanted to reach, and made sure they hit it.

“We’ve been able to run some of the best field campaigns that I’ve ever seen, and Han deserves a lot of credit for that,” Haney said. “Our approach is very numbers driven, it’s deliberate, it’s relentless, and it’s based on actually talking to people – something that is rarer than it should be in campaigns and in politics.”

As if any more proof was needed to show San Francisco politics is a small world, after 2018 Zou next went to work for Haney’s eventual opponent in the Assembly race, David Campos, as executive director of the San Francisco Democratic County Central Committee.

“I had a great experience working for David, he was incredible boss and he has a great story and track record of serving the city,” Zou said.

Toward the end of 2019, Zou joined Haney’s office as a legislative aide. There, he helped translate much of what they heard from voters on the campaign trail into actual policy, Zou said.

In 2020, Zou entered politics as a candidate, running for a seat on the City College of San Francisco Board of Trustees. He lost, handily. Unlike his campaigns for Haney, Zou’s own campaign happened in the midst of pandemic restrictions.

“It was a whole different experience,” Zou said.

For now, with Haney up for election for a full term in November, the campaign continues, despite a lack of clear opposition. But when that wraps up, what’s Zou’s five-year plan?

“I don’t believe in five-year plans anymore,” Zou joked, noting that a year ago he never would have imagined he’d be running a special election campaign for Haney.

That being said, Zou wouldn’t rule out once again seeking office as a candidate himself.

If he does run for office, those who have worked for Zou think he has a good shot.

“He has a future in anything he wants to do,” Smith said.