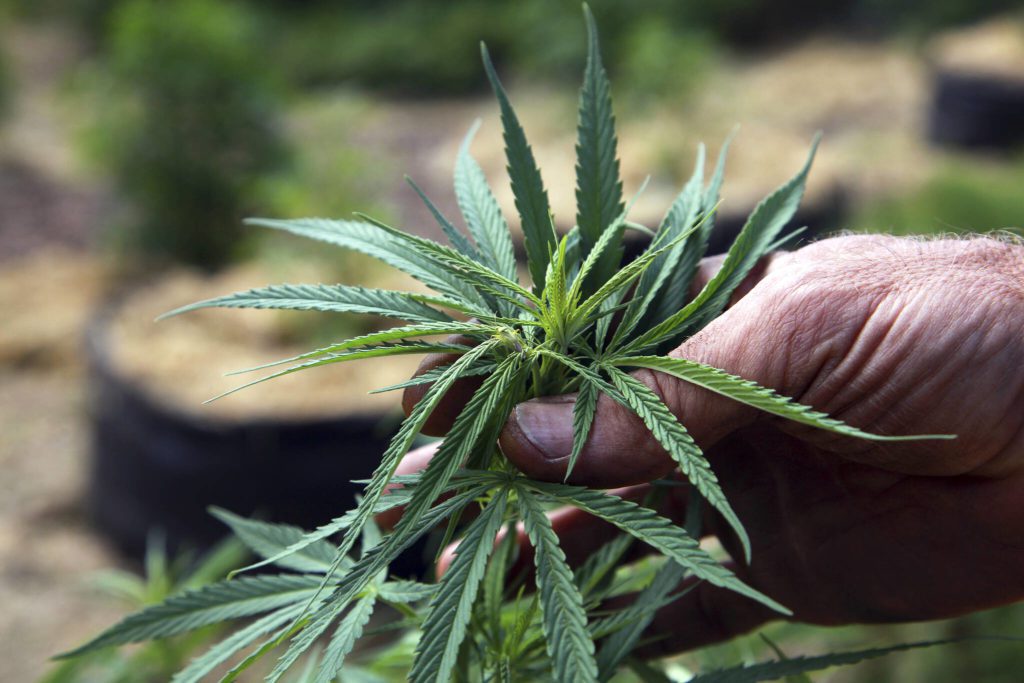 Just when I thought Chesa Boudin Derangement Syndrome couldn’t get any worse, it began spreading across the state. On Wednesday, the Humboldt County Board of Supervisors decided to take a hit at San Francisco’s much-scapegoated district attorney. Since he gets blamed for every crime in his city, why not start blaming him for crime in other places?

The Humboldt politicians manufactured a publicity stunt that sounded like something right out of The Onion. In a letter delivered to DA Boudin via the press, they blamed San Francisco for the presence of illegal drugs in their foggy forests 300 miles to the north.

“The County of Humboldt refuses to sit idle while this drug pours into our county from the Tenderloin,” read the letter, which claimed that fentanyl dealers from San Francisco are distributing the drug there. “If we cannot reach an acceptable solution, we may consider a legal remedy.”

The letter urged Boudin to support Mayor London Breed’s drug overdose emergency declaration in the Tenderloin. It seems word of the mayor’s decision to end the emergency without explanation and skip off to Europe for 10 days didn’t make it up to Arcata Bay.

I don’t know what they’re smoking up there in Humboldt but … well, actually, I do. Humboldt County has been a world-renowned drug capital for decades. Illegal reefer from the region has long been the gold standard among discerning potheads. How big is the illicit grass industry in Humboldt? So big that, in 1990, the Drug Enforcement Administration invaded Humboldt County, accompanied by National Guardsmen and United States Army soldiers fresh from the 1989 invasion of Panama.

Operation Green Sweep marked the first time that the U.S. government deployed active-duty troops against marijuana growers on American soil. And so it came to pass that military raids eradicated the scourge of cannabis from the land. Yeah, right. The invasion netted 1,200 marijuana plants and tons of growing equipment, but Humboldt growers fought back with violent protests that ended the dubious doobie war five days early.

During my college years in Indiana in the mid-1990s, obtaining a nugget of deep-green, orange-bearded and trichome-encrusted skunk from the so-called “Emerald Triangle” of Northern California was like finding the Holy Grail in a state reliant mostly on cheap gray brick weed. These legendary psychedelic strains enhanced many young brains and, if you buy into anti-drug propaganda, served as the gateway to harder drugs for generations of Americans.

So, the idea of Humboldt pointing the finger at others is pretty rich. That’s like the pot calling the bud green. Or the blunt calling the roach dope. Or the Cheech calling the Chong stoned. You get the point.

The “Devil’s Lettuce” is now legal in California, but authorities in Humboldt still struggle to stop illicit and environmentally-destructive marijuana grows. But no matter how many forbidden drug farms they uproot, more spring up. Imagine that. It’s almost as if the Drug War doesn’t work … but I digress.

Like many rural counties nationwide, Humboldt has also struggled to contain rising levels of opioid and methamphetamine addiction. A 2018 New York Times article made the Humboldt redwoods sound like lower Larkin Street.

“The dirty needles can be found scattered among the pine and brush, littering the forest floor around Eureka, a town long celebrated as a gateway to the scenic Redwood Empire,” wrote Jose A. Del Real. “They are the debris of a growing heroin scourge that is gripping the remote community in Northern California.”

The Times reported that heroin addiction had been sweeping rural northern counties.

“In Humboldt County, the opioid death rate is five times higher than the state average,” wrote Del Real. “The problem is exacerbated here in Eureka, the county seat, by a sizable homeless population that is growing amid an extreme lack of affordable housing and a changing, weakened economy that relies heavily on tourism.”

Sounds like San Francisco and Humboldt had much in common back in 2018 – two years before Boudin took office. No wonder the Eureka politicians want to play “puff, puff, pass the blame.” If they would pool their remaining brain cells and think this through, however, they’d see the gaping hole in their anti-Boudin narrative.

While it’s possible that dealers have transported fentanyl from San Francisco to Humboldt, the drug isn’t manufactured here. Most stories about fentanyl busts in The City indicate that the dealers travel here from Oakland to ply their deadly trade. Since most fentanyl gets to this country via Mexican cartels, the drug supply must pass through multiple federal, state, county and city jurisdictions before it gets to Alameda County.

There are plenty of law enforcement agencies fully authorized to interdict drug traffickers between here and Mexico, and plenty of prosecutors ready to indict anyone they arrest. Yet none of them seem able to stop the drugs from flowing to East Bay mules and dealers who transport it to the Tenderloin.

Why does no one blame Alameda County DA Nancy O’Malley, the U.S. Customs and Border Patrol or the DEA for this unchecked fentanyl distribution? Why isn’t anyone putting the chief prosecutor of conservative Tulare County on blast for its proliferation of cartel meth labs? Surely some of that potent crystal makes its way to Humboldt, which has a serious meth problem. The road from Tulare to Humboldt does not run through San Francisco.

Even if Boudin could magically achieve the fantasy of eradicating the drug trade here, the traffickers would simply head north on the 580 and then take Highway 101. Capitalism always finds a way, and according to Google Maps that’s actually the quickest route to Humboldt.

Oh, I know. Logic and reason don’t matter in this debate. This was a basic PR stunt designed earn free media coverage and bolster the recall campaign against Boudin. We’ll be seeing many more like it over the next few weeks.

In reality, of course, it’s impossible to keep drug cartels from providing supply where the demand for drugs exists. Just ask those hypocritical politicians up in Humboldt County.