Opinion: How is a woman’s choice to carry a pregnancy to term a state issue? 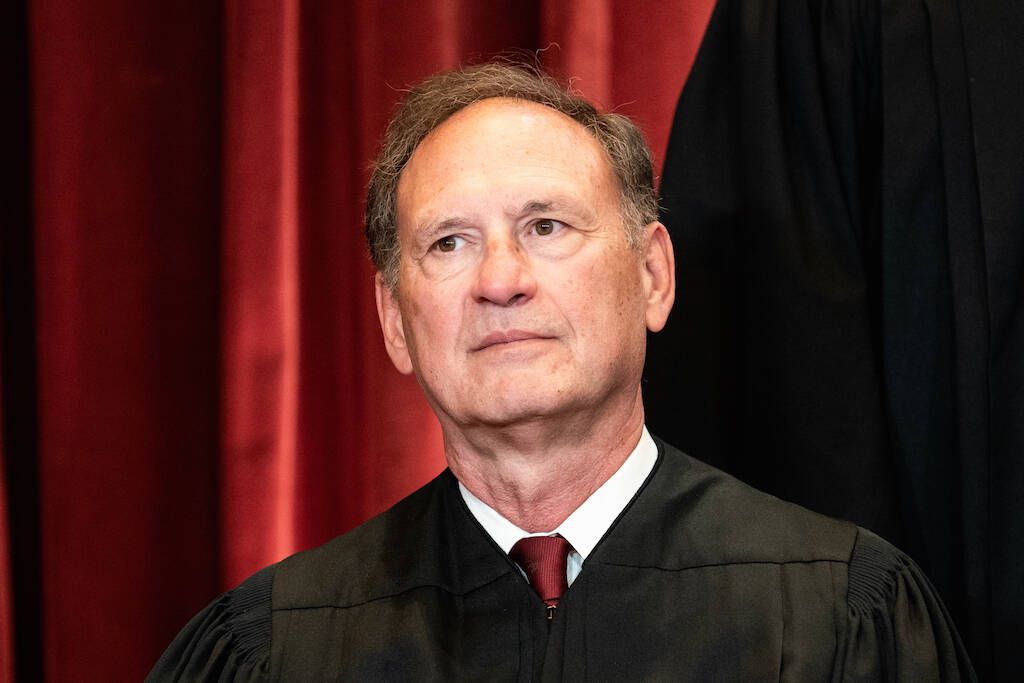 In his book, “On Bulls—t,’’ Princeton Professor Emeritus Harry Frankfurt describes behavior that nicely captures the essence of American politics.

“Bulls—t,’’ he explains, may or may not be truthful. Facts are irrelevant to its purveyor. While a liar knows the truth and says the opposite, a B.S.er doesn’t care one way or the other about the truth. They say whatever puts them in the most favorable light.

In the 98-page draft leaked to Politico this week, Alito purports to make no judgment about abortion. Instead, he says that when evaluating the competing interests between a mother and her fetus “the people of the various states may evaluate those interests differently. ‘’

It is a principal echoed by Republicans across the country, who proclaim, at least in this instance, that states are laboratories of democracy.

“We welcome the prospect of this issue being returned to the states where it belongs,’’ said Doug Burgum, North Dakota’s Republican Governor.

How is it that a woman’s right to choose whether to carry a pregnancy to term is a state issue, but California’s efforts to provide sanctuary to immigrants, legalize marijuana, curb auto emissions or ban concealed weapons are all challenged in court by Republicans.

I am not a lawyer, but I have a solid enough understanding of the Constitution to appreciate the legal arguments made in each case. Immigration is a federal responsibility. Marijuana and pollution laws fall under the Constitution’s commerce clause. Concealed weapons are protected by the Second Amendment.

But you don’t need to be a lawyer to understand the absurdity that drives these arguments.

For example, Article I, Section 8 of the Constitution gives Congress the power “to regulate commerce with foreign nations, and among the several states, and with Indian Tribes.’’

Based on those 15 words, the Supreme Court ruled that the federal government has the power to imprison marijuana smokers and cultivators — regardless of its legality under state law – because its use and sale might have an effect on interstate commerce.

But a majority of the Court apparently lacks such linguistic imagination when it comes to abortion. Alito — who has embraced the precedent above — insists Roe v. Wade be overturned because the Court was “egregiously wrong,’’ by inferring a right to privacy in the Fourteenth Amendment, which says that no state shall “deprive any person of life, liberty or property without due process of law.’’

To be fair, Alito’s argument is not that the federal government cannot legalize abortion, but that that it should be up to lawmakers, not judges. Theoretically, Congress could legalize abortion anytime, just as it could make it illegal. The House passed a law codifying such a right late last year, though there is no chance the legislation will receive enough Republican votes in the Senate to overcome a filibuster.

Alito justifies his reasoning by insisting abortion is different from other policy matters, as it pits the rights of a mother against “potential life,’’ has proven difficulty to apply universally, and is opposed in many states.

It is hard to see how the same logic wouldn’t apply to a case now before the Court seeking to overturn New York’s requirement — similar to California’s — that those who carry a concealed weapon obtain a permit. Yet Alito is almost certain to vote in favor of striking down the law, regardless of what New Yorkers or Californians want, finding the right to concealed weapons in the Second Amendment which reads: “A well regulated Militia, being necessary to the security of a free State, the right of the people to keep and bear Arms, shall not be infringed.”

Brilliant legal minds are capable of constructing strong legal arguments to justify most any position. But many are insincere when they pretend such doctrines guide their thinking, when in fact they are concocted to rationalize their conclusions.

The truth is that Alito, and those who cheer the end of Roe, are opposed to abortion, and have for many years. The legal principle they use to justify the decision — in the context of all the issues cited above – are legal doctrines twisted to fit a preconceived conclusion.

If candor were possible, Alito and those who support his opinion would simply say they do not believe abortion is morally acceptable for anyone. Or, as some would frame it, they don’t believe in a woman’s right to make such a decision.

To claim that there is no right to an abortion in the Constitution or that it is a matter of states’ rights, or that Roe was a mistake isn’t necessarily wrong. But to most abortion foes, including Alito who wrote a 98-page document to support his opinion, these matters are beside the point. The arguments are made to justify, not inform his belief.

Marc Sandalow is associate director of the University of California’s Washington Program. He has been writing about California politics from Washington for nearly 30 years.