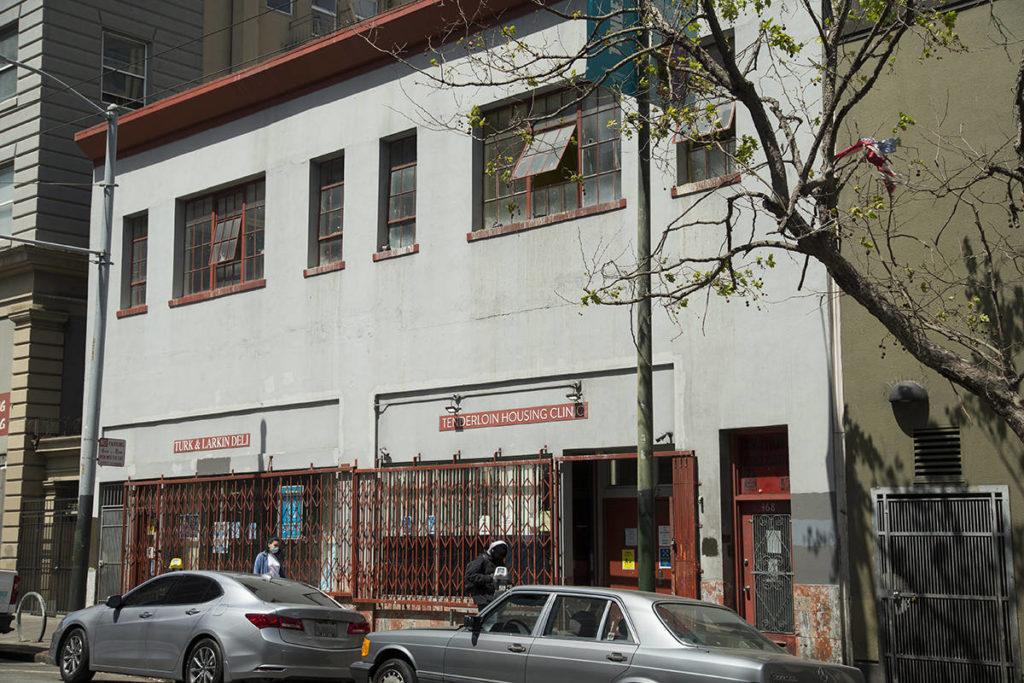 Two proposed projects, at 468 Turk St. and 450 O’Farrell St., would bring a total of just over 400 units that share kitchen and restroom facilities to the area. The Planning Commission will hear both projects on Thursday after multiple delays.

The Tenderloin Neighborhood Development Corp., an affordable housing provider, and other community groups have expressed concerns primarily about the size of the units and the lack of community engagement on the projects. They want the Planning Department to pause group housing projects to allow time to study their potential to increase the displacement of Tenderloin residents.

There are indeed more group housing projects being proposed and entitled throughout The City in recent years, and planning officials are studying it, Planning Department spokesperson Candace SooHoo said.

“We understand that market-rate housing is one way to address our housing crisis,” said Gabriella Ruiz, TNDC’s policy and planning manager. “But we can’t negate our folks who are living in overcrowded conditions, who are making minimum wage, struggling to get by. We can’t ignore the fact that these developments will have an impact on them.”

Turk St. LLC is seeking approval for a nine-story building with 101 units at Turk and Larkin streets. The developer will make 17 of those units affordable housing, allowing it to invoke California’s density bonus law and gain entitlements for higher building heights. The remaining units will be rented at prices targeting those making up to 110 percent of the area median income, or $98,600 for a household of one.

Units are an average of 220 gross square feet.

TNDC is also concerned with the community engagement process on the project; the subsidized housing provider did not hear about it until earlier this year, when the developer realized groups weren’t on a city list for outreach. The project was delayed to allow for more engagement, but plans were already set by that time and feedback did not alter the proposal.

“We feel that in the last two weeks the seven organizations we have met with have cured that unintentional omission,” said Brett Gladstone, an attorney for Turk St. LLC. “We certainly don’t feel that renting to people from 50% AMI to 110% AMI will lead to gentrification. We think that’s an unusual level of affordability for a brand-new building.”

Even if a pause on market-rate group housing projects were to occur, Gladstone said those in the pipeline should be grandfathered in. As for a community agreement, he said the developers have agreed to hire through The City’s First Source Hiring Program, prioritizing candidates from marginalized groups, and will provide a community liaison.

Ruiz is pushing for a good neighbor agreement, but with the hearing scheduled for this week, the affordable housing group will lose leverage to negotiate something satisfactory.

The other project at 450-474 O’Farrell St. and 532 Jones St. is already approved, but Forge Development Partners LLC and Fifth Church of Christ are seeking clearance to make drastic changes by demolishing the three buildings and adding units. Instead of offering 176 units, the project would yield a 13-story building containing up to 302 group housing units.

“Group housing allows us to build privately for people who make middle income,” said Richard Hannam, CEO of Forge.”It’s actually a very innovative and creative program in San Francisco that hasn’t been used by many people.”

The Housing Action Coalition backs the premise of designing for middle-income workers.

“We’re also very supportive of ‘affordable by design’ homes like those proposed for 450 O’Farrell because our city is in such dire need of housing that’s affordable to residents of all income levels,” said Corey Smith, HAC deputy director. “We appreciate that the project team and community members have established open lines of communication to hear and discuss each other’s concerns.”

The Tenderloin Housing Clinic supported the previous version with family-oriented units under a different developer, but said changes took them by surprise in October. The neighborhood has long sought larger units to accommodate low-income families living in dense quarters and diversify from the single-residency-occupancy buildings that now dominate.

“The City desperately, really, really needs housing,” said Pratibha Tekkey, THC director of community organizing. “That doesn’t mean that certain neighborhoods get railroaded in the same kind of housing, that’s the distinction we want to make. We’re thinking to ourselves, who wants to live in a 250-400 square-foot-unit who is a teacher, police officer, or firefighter?”

Tekkey hopes the developers will get the message that the community input process needs to be more robust and happen earlier, and that the Planning Commission will agree larger units are needed.

Both projects will be heard today starting at 1 p.m.