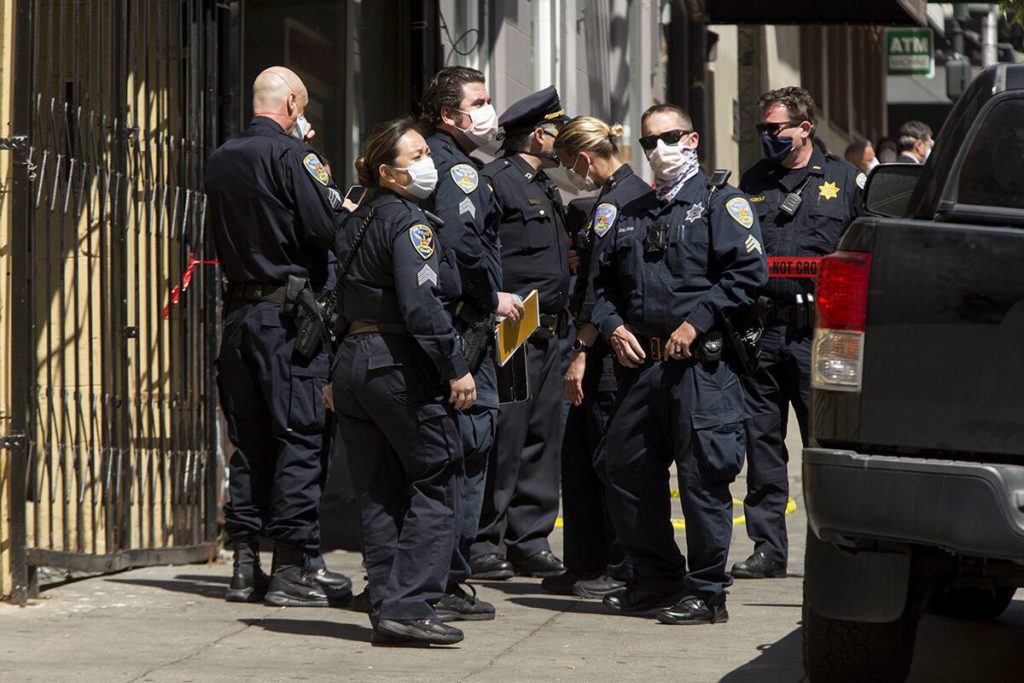 San Francisco Police Chief Bill Scott began reshuffling his department Wednesday, anticipating that as many as 267 unvaccinated officers could be placed on administrative leave if they don’t take the shot.

The moves, intended to shore up public safety, were detailed in a department-wide email obtained Wednesday by The Examiner. The chief said he would transfer 31 officers and 10 sergeants to patrol in case the unvaccinated officers, who represent 13% of the police force, don’t get inoculated. That unvaccinated number includes 180 officers who are on patrol.

While the vaccine mandate for city employees threatens to shrink his force, Scott said public safety won’t be jeopardized.

“The San Francisco Police Department will have the resources necessary to fulfill its duties to preserve the peace and protect the safety and property of those we are sworn to serve,” Scott wrote.

San Francisco imposed a vaccine mandate that requires all city employees to get inoculated by Nov. 1, with some exceptions for religious or medical reasons. The mandate goes into effect sooner for police and other employees who work in high-risk settings, and only have until Oct. 13 to become fully vaccinated. That means Wednesday marked the last day for officers to get their final dose, and become fully vaccinated in time for the deadline.

Officers who remain unvaccinated after the deadline are expected to be placed on paid administrative leave, and could face possible suspension or termination by the chief and Police Commission, according to the Department of Human Resources.

The potential staffing reductions come at a time when the ranks of the San Francisco Police Department are already thinning due to a wave of retirements. In March 2020, a city-commissioned study by an independent firm called Matrix found that the department was short patrol officers. But the police staffing question has always been complicated and has only been thrust further into dispute by calls to defund or abolish the police.

The department currently has 2,122 sworn officers and another 713 administrative employees. In addition to the 267 officers who are unvaccinated, Scott said there are 46 non-sworn employees who have not gotten their shots.

Tracy McCray, vice president of the San Francisco Police Officers Association, said some of the holdouts want to see more data on the vaccine. The union has proposed frequent testing as an alternative.

“The thought of eliminating police officers is a dream come true for those who want to defund our department,” McCray said. “If The City lost that many officers at one time, you would see an increase in crime without a doubt.”

Police Commission President Malia Cohen said she “wasn’t nervous about having any gaps in the core functions of SFPD.” She did worry that officers being faced with termination would inundate the commission with cases.

“What’s most important here is, SFPD is like a team,” Cohen said. “When officers are holding out on being vaccinated, they are actually hurting the entire team and that is something serious to grapple with.”

Another police commissioner, John Hamasaki, worried about unvaccinated officers continuing to interact with other members of the department and even the public. He asked the chief to come up with a solution in a recent email.

“I think it is important to reassure the public that we aren’t putting anyone in danger,” Hamasaki wrote.

Scott’s redeployment is expected to go into effect over the weekend.