A mother murdered by her son in San Francisco: Did Chesa Boudin do the right thing? 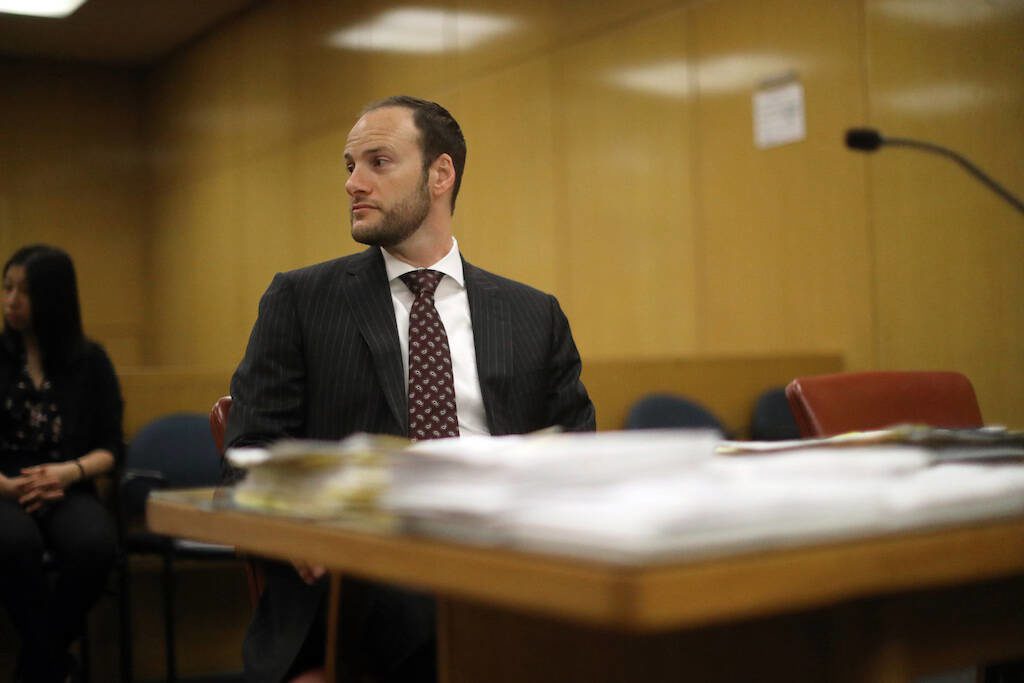 On April 12, 2020, San Francisco police responded to an emergency call about a person in mental distress on the 1300 block of Natoma Street. There, on the back balcony of a blue Victorian apartment building, officers found 29-year-old Daniel Antonio Gudino naked and spattered in blood.

He said his name was Michael and that his sister had put a spell on his mother. Inside the apartment, officers discovered the body of Gudino’s mother, 56-year-old Beatriz “Betty” Mero Gudino. Her killer had used a baseball bat and drill to mutilate her corpse before setting it on fire.

He said he’d thought his mother was a clone, not a human.

Last August, a jury found him guilty of second-degree murder. But the jury deadlocked 7-5 on whether he was legally sane — in favor of insanity. After some wrangling between the prosecution and the defense, District Attorney Chesa Boudin accepted an insanity plea.

Boudin’s decision means the state will incarcerate Daniel in a locked state hospital instead of a prison. The DA’s intervention drew criticism from Brooke Jenkins, the deputy DA assigned to the case. Jenkins told Heather Knight of the San Francisco Chronicle that Boudin’s handling of the case is one reason why she resigned to join the campaign to recall him. She believes the DA should have challenged the insanity plea.

Did Boudin botch this case, or did he do what any other DA might have done in similar circumstances?

Three experts who examined Daniel testified that the crime resulted from severe mental illness, according to court documents. Dr. John Shields testified that Daniel suffered from schizoaffective disorder as well as Capgras syndrome, which is the delusional belief that an impostor has replaced a loved one.

John Gudino, Daniel’s father and Betty’s ex-husband, sees her death as the tragic conclusion of their son’s descent into mental illness. The day before the killing, Gudino said he and Betty talked about the need to hospitalize Daniel, who had struggled with psychotic delusions, bipolar disorder and schizoaffective disorder for years. Their other son, Daniel’s brother, has also been diagnosed with mental illness.

Daniel’s psychotic delusions started spinning out of control in the weeks before Betty’s death.

“We did feel he should have been in the hospital at that time,” said Gudino. “As his mother and father, and knowing the symptoms and what was happening during that time, the paranoia, the delusions … many factors go into realizing his state.”

Gudino said Daniel had stopped taking his medication and was obsessively watching conspiracy theory videos on YouTube. Under normal circumstances, Gudino said, they would have hospitalized him. But with the nation in the middle of a COVID-19 stay-at-home order in the early days of the pandemic, they feared hospitalization might jeopardize his life.

“We both agreed: If it wasn’t for COVID, he’d be in the hospital already,” said Gudino, adding that his son had been put on “5150” emergency psychiatric holds in both 2018 and 2019. “He had all the symptoms to be hospitalized.”

The next morning, on Easter Sunday, Daniel took a shower. While wiping his face with a towel, he later said, he was overwhelmed by the delusion that someone had planted COVID on it. He went into his mother’s room and asked her to call 911.

The situation escalated into a murder so brutal the coroner could not determine an exact cause of death. In this way — and many others — Betty’s death mirrors other cases in which adults kill their parents in the crime known as parricide.

“Parricides are often committed with undue violence and may result in overkill,” according to a recent study published by a group of Italian doctors in the journal Forensic Science, Medicine and Pathology.

While some cases involve adolescents who murder their parents to escape or to stop abuse, “most adult parricidal offenders have severe and prolonged mental illness,” according to a 2012 study published in the Australian & New Zealand Journal of Psychiatry.

Parricide commonly involves mentally ill males aged 18-30 who live with their parents. The violence often occurs after the killers stop taking medication. In some cases, young men in a psychotic state kill while experiencing the delusion that an impostor has replaced their parent.

“So the idea of killing that individual makes sense to the offender because of that particular delusion,” said Dr. Kathleen Heide, a distinguished professor of criminology at the University of Southern Florida and author of “Understanding Parricide.” “The fact that the crime is brutal is often seen in cases of severely mentally ill parricide offenders.”

The phenomenon is rare, but in 2007 the Bay Area experienced what the East Bay Times called “a bizarre spate of parricides.” In three separate cases, young men with histories of mental illness brutally murdered one of their parents.

“It was so obvious that he was insane,” said Solomon. “After killing and mutilating the body and trying to burn the body, he was on the porch screaming about demons and throwing charcoal at the neighbors.”

Should Boudin have intervened sooner?

“In this case, DA Boudin gave the assigned DA wide discretion,” said Rachel Marshall, Boudin’s communications director. “He did intervene when it was clear that the jury had disagreed and had voted 7-5 in favor of insanity. There were three out of four experts who had found him insane … DA Boudin intervened to make the right decision.”

Jenkins vehemently disagrees. She said Daniel had threatened his mother before, and she believes Daniel murdered Betty because he was angry she wouldn’t call 911 to report that someone was trying to poison him.

“I absolutely believe that he was simply angry with her for many years of feeling that she was not the type of mother that he believed she should be,” Jenkins said. “For him, much of the anger was centered around what he considered a lack of response to his call for help.”

Jenkins, who said the Gudino case was her first homicide trial, said the sanity question would have been a close call either way. She believes Daniel suffered from delusions but also understood what he was doing.

“This case could have come down with the jury finding him insane and I would have been fine with that,” Jenkins said in an interview arranged by the recall campaign.

Yet she remains livid that Boudin undermined her work by making an agreement with his former colleagues in the Public Defender’s office and by refusing to speak with Daniel’s stepfather, who opposed the insanity plea.

“You simply can’t ignore the victims in a case,” she said.

John Gudino, who met Betty when they were both teenagers and stayed close to her after their divorce, believes Boudin made the right call.

“Betty fought for both of our sons for years through these mental health issues,” he said. “She would be in support of him, and for him to get the treatment that is needed.”