Endorsement: Gavin Newsom the clear (and only) choice for California governor 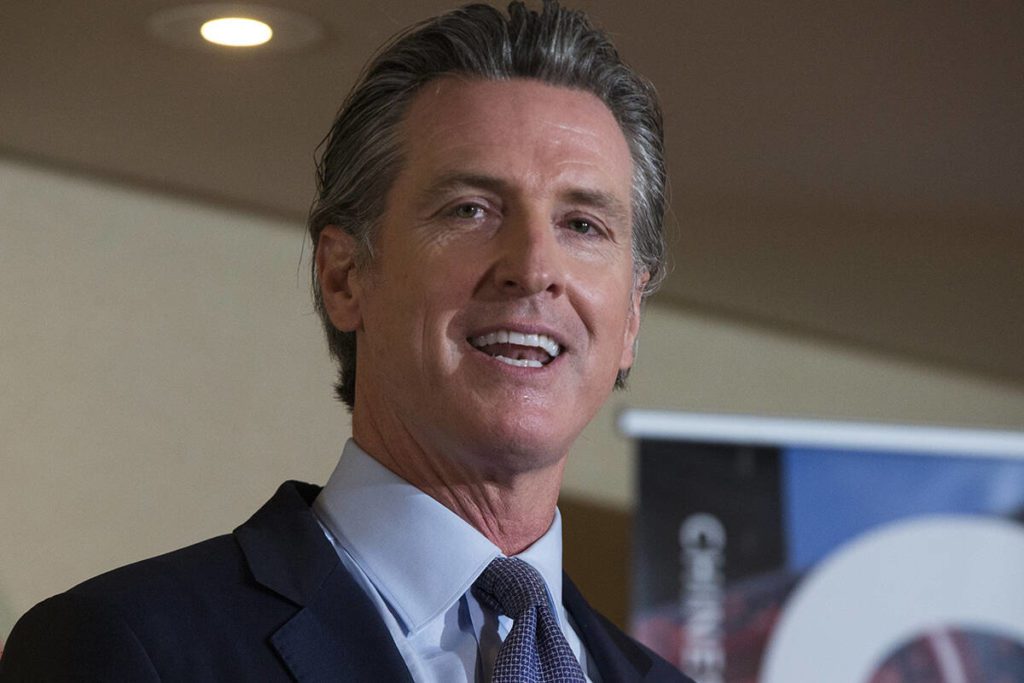 With Gov. Gavin Newsom running virtually unopposed in 2022, it would be silly to pretend his reelection is in question. He crushed last year’s recall election, handily defeating a circus parade of wannabes like Larry Elder, Caitlyn Jenner and a guy who roamed the state with a rented Kodiak bear.

This year’s “candidates” are even more obscure and unimpressive. Not one formidable person opted to run against Newsom by the state’s March 11 filing deadline. Instead, his opposition is a joke slate of third-rate publicity hounds and people who apparently get a kick out of seeing their names printed on ballots.

The most notable thing about Sen. Brian Dahle, the Republican standard-bearer, is that he’s a Donald Trump supporter who has refused to get the COVID vaccine. Other than that, he’s a termed-out legislator with nothing better to do than run a hopeless campaign.

Dahle’s laughable candidacy is testament to how far the California GOP has fallen. A party that once produced presidents can now muster nothing better than a pro-Trump anti-vaxxer with no chance. California Republicans have abdicated their opposition party role, embracing radical Trumpian stances that alienate most voters and risk ceding their side of the ballot to Democrats and/or opportunists in California’s open primary.

This brings us to Michael Shellenberger, a professional attention seeker running for governor (again) in an effort to get on the Fox channel and sell his error-riddled books (his 2018 campaign ended with a ninth place finish). In Shellenberger’s upside-down disinformation universe, climate change is really no cause for concern and Democrats get blamed for everything wrong with society.

Yet Shellenberger’s major accomplishment in electoral politics involved working as an image consultant to socialist Venezuelan strongman Hugo Chávez. Thanks to the policies of Chávez and his handpicked autocratic successor, Venezuela’s economy cratered, its crime rate soared and its democracy died. Shellenberger is not a serious person, but any journalist choosing to elevate his absurdity should ask how serving disastrous socialist regimes qualifies him for governor.

Like the other two dozen random candidates on the ballot, Dahle and Shellenberger have zero chance of victory. Newsom will win reelection on Nov. 8, 2022.

Voters strongly endorsed Newsom’s steady leadership in last year’s recall election. The only challenge for Newsom now is to make good on the ambitious promises he made when he ran under the slogan of “Courage for a Change” in 2018.

Unfortunately, Newsom’s high hopes were interrupted by the COVID pandemic, which plunged the world into a deadly emergency and made crisis management Newsom’s top concern. Unlike governors in Republican-controlled states, Newsom embraced science and erred on the side of caution, a decision that undoubtedly saved thousands of lives. He also used the crisis as a springboard for action on homelessness, launching ambitious and unprecedented efforts to house the state’s spiraling homeless population.

Upon taking office in 2019, Newsom inherited a state budget that had gone from multibillion-dollar deficits to massive surpluses under Gov. Jerry Brown. Unfortunately, he also inherited a state with social crises that had become so grave after decades of neglect that they make Brown’s celebrated budget bonanzas seem quite small. Homelessness, a rising problem Brown essentially ignored, has now become a top issue for voters who have seen California’s streets fill with tents even as its budget coffers overflow with funds.

Unlike his predecessors, Newsom has taken responsibility for solving homelessness. He’s backed up his promise with an unprecedented investment of $14 billion to create more housing and get people off of the street. This year, he proposed the creation of a new “CARE Court” program to help steer addicted and mentally ill people into housing and treatment – an approach that will presumably come with the resources to provide the required care.

Newsom’s work on homelessness alone would be enough to recommend his reelection, and the success of his governorship depends on the progress California makes on this issue. Yet it is far from the only issue he has tackled as governor.

Despite the pandemic’s disruption, Newsom has mostly delivered on the progressive wish list he vowed to support during his 2018 campaign. He has expanded anti-poverty programs and early childhood education. He has pledged to wean California off of fossil fuels and he moved to ban oil fracking. He supports racial justice, immigrant rights and equality for women and the LGBT community. Through it all, California’s economic growth has continued to outpace other states.

Some criticize Newsom for taking on too many thorny issues at once, but California is a big state with endless challenges. We need a leader unafraid to face them all, and to stand up for California’s values no matter how much political capital it costs.

Some press outlets may wring drama from this dead race by playing up poll gyrations and platforming fools, but most of us had our fill of such ridiculousness during the recall farce. Newsom’s second term essentially began when the recall imploded. There’s no point in pretending otherwise or dragging out the process.

The Examiner Editorial Board enthusiastically endorses Gavin Newsom for governor of California.