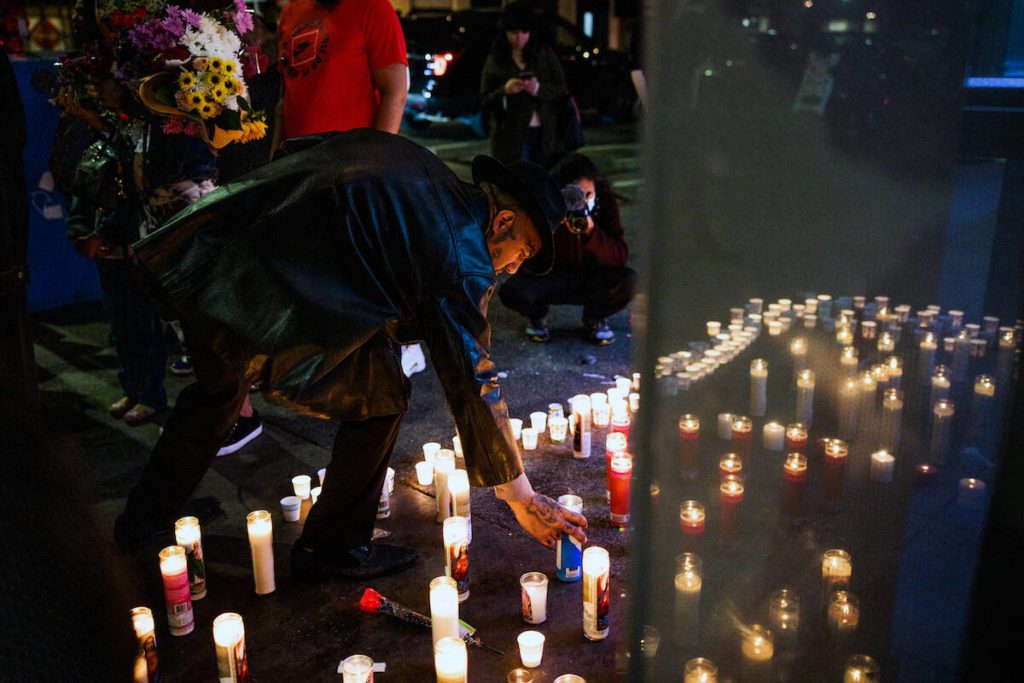 I was writing a column about skyrocketing violence in Sacramento under District Attorney Anne Marie Schubert when the news broke: Six people dead and 12 wounded in a gun massacre one block from the California State Capitol.

The tragedy stopped me in my tracks. Until last summer, I lived in Sacramento and served as editorial page editor of The Sacramento Bee. K Street, the gritty thoroughfare where the shooting occurred, is a place I know well.

My first thought was for the families and their suffering. With the shock so fresh, it seemed like the wrong time to write about Sacramento’s trending violence. It’s bad form to politicize tragedy, right?

Yet politicizing crimes and tragedies is exactly what politicians like DA Schubert do best. She’s a longtime Republican now running for California attorney general as an independent because Republicans can’t win statewide office. Her entire campaign is based on exploiting crime fears to score political points. If she can find a way to blame Democrats for Sunday’s massacre, she’ll try.

In September, I wrote about efforts by Schubert’s supporters to blame Democrats for the murder of a 61-year-old woman who was killed by a drifter on the quiet Sacramento block where I lived. An independent expenditure committee supporting Schubert immediately launched ads blaming Attorney General Rob Bonta. As it turns out, Sacramento’s pro-Trump Republican sheriff released the suspected killer, who should have stayed behind bars after an earlier arrest.

Unfortunately for Schubert, her track record can be depicted as one of murder and mayhem.

“But in Sacramento, where Dist. Atty. Anne Marie Schubert has repeatedly attacked Gascón over crime rates during her campaign for attorney general, violence actually surged more between 2019 and 2021 than it did in L.A.,” wrote James Queally of the Los Angeles Times last week. “Homicides went up 67%, according to city records, while aggravated assaults jumped 43% in that time frame.”

Given these terrible facts, Schubert should be worried about a recall election, not a promotion. Violent crime in her jurisdiction outpaced violent crime in Los Angeles on her watch. Despite her tough poses, this AG candidate has feet of clay.

But these inconvenient details didn’t stop Schubert from parachuting into The City earlier this year for a quick Twitter tour during which she decried “open drug dealing” and “human souls drugged out.” I responded by posting a photo of a jar containing used hypodermic needles collected during a recent street clean up in Sacramento.

I’d seen the picture on the NextDoor app, where I still monitor my old neighborhood and where, according to passionate citizen testimony, Sacramento has become a hellhole unfit for human habitation. If Schubert wants to criticize lawlessness, she needn’t leave Sactown.

Imagine a place where homeless encampments seemingly spring up on every corner and the streets glitter with smashed car window glass. A place where intruders regularly try to break into your home or steal packages from your porch. Where drug paraphernalia litters the streets, where random gunfire punctuates the night and where teen thugs assault little boys for no reason at all.

“We live in a city, literally littered with open air drug markets,” wrote one Sacramento resident on March 26. “I’m not trying to be unkind, but there are disorderly, often dangerous drug addicts wandering all around the city.”

This is Sacramento as seen through the worst lens – the anecdotes of the fearmongering, paranoid and toxic NextDoor site. It makes Sacramento sound just like the worst depictions of S.F., except public stats actually back up Sac’s violent reputation.

The stats also provide an incomplete picture of the city I called home for five years. Sacramento, like San Francisco, is a fine city if you can afford it. Yes, there’s crime and poverty. Someone stole my bike from my yard and I once had to call the police when a drunk neighbor choked his wife, but that’s life in America.

Sacramento is also an exciting city brimming with new bars and restaurants. Residents swarm in from the Bay Area, raising the rents and increasing the demand for hipster luxuries like natural wine and overpriced home goods. It’s a city with a small town feel where I felt perfectly safe taking long walks after dark.

Some crimes have spiked, but despite the social media hysteria we’re nowhere near the violent peaks of the mid-2000s. The past decade in California has been one of the safest in history – a fact Schubert might use to her advantage if she weren’t trying so hard to indict Democrats for public safety failings of which she herself appears most guilty.

We live in a country where it has become normal to wake up to news of yet another massacre. Democrats blame guns, Republicans blame “evil” (or Democrats) and nothing gets done in our deadlocked political system. In a society where anyone can get a gun and shoot dozens of people, it’s not surprising that criminals feel emboldened to smash car windows and snatch Amazon packages.

Yet despite the prevalence of homicidal violence (which is worse in Republican-led states than in Democratic-led states, according to a recent study) some people seem to believe we should feel safe from lesser crimes. When we don’t feel safe – statistics be damned – we need someone or something to blame.

Is it fair to blame the DA for everything? No, but that seems to be the name of the game in California today – at least when the DA is a Democrat. If this massacre had taken place in S.F., it would be another talking point against Boudin. Schubert would gladly play along.

When the DA is a conservative, however, we’re supposed to be satisfied with thoughts, prayers and tough talk. We’re supposed to understand the limitations of prosecutorial power and accept that gun violence is simply a price we pay for a free society. We must respect the victims by refraining from politics … until the next tragedy.

Forget that. Let’s apply the rules fairly. Even before Sunday’s shooting, Schubert had fallen down on the job. If she thinks Boudin should be recalled despite S.F.’s relatively low rates of murder and violent crime, what’s the rationale for promoting her to state attorney general despite spiraling violence in Sacramento?

There isn’t one. Schubert should take her own medicine and end her campaign for AG.