Opinion: In San Francisco, Democrat has become a meaningless label 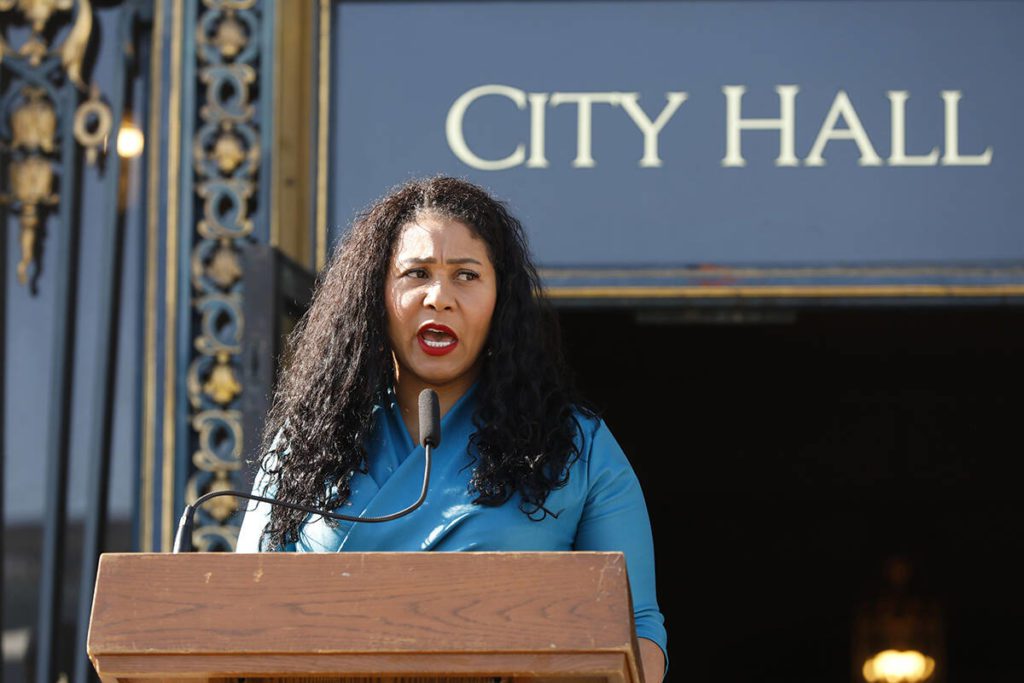 For four decades, San Francisco has been a one-party city. The dominance of the Democratic Party is complete.

In the recent attempt to recall Democratic Governor Gavin Newsom, 86% of the voters in The City opposed it. This century, Democratic candidates for President regularly receive more than 80% of the vote in San Francisco. Democratic dominance in national politics reached its height in San Francisco in 2016, when Hillary Clinton outpolled Donald Trump 84-9. Trump came roaring back in 2020, with support surging to 13% in The City, trailing Joe Biden by only 72%.

All of this may make San Franciscans feel good and see the demise of the GOP in San Francisco as evidence of The City’s strong progressive tradition. Yet the story is not quite that simple.

New York Congresswoman Alexandria Ocasio-Cortez famously observed, “In any other country, Joe Biden and I would not be in the same party.” The San Francisco equivalent is that in a true multi-party system Supervisor Aaron Peskin and Mayor London Breed would not be in the same party either. But San Francisco has a one-party system where almost all politicians and almost all policy views are forced under the overstuffed umbrella that is the Democratic Party.

One-party systems are functionally no-party systems, making it more difficult for voters to choose between candidates or hold their elected officials accountable when there is no incumbent. After all, how can you know which bums to throw out when they are all in the same party?

Instead, the absence of a functioning multi-party system means voters have to work harder to know which candidates and politicians have which positions, which interest groups best reflect their views and which endorsers to trust. But most voters don’t have the time to sort through all that.

Much of the blame for San Francisco’s one-party system can be laid at the feet of the GOP whose steady move rightward since the 1980s has made the party uncompetitive in many big cities with sizable nonwhite and LGBTQ populations. The ascendancy of Donald Trump and the corresponding transformation of the GOP into a hybrid of far right populism and authoritarian cult made the party even less palatable in liberal and diverse San Francisco.

The absence of a viable Republican Party does not mean that there is no conservative politics in San Francisco, just that conservatives find their way to the Democratic Party as both a matter of practical politics and frequently as a genuine revulsion at today’s GOP and its leadership. Thus, while San Francisco is a solidly Democratic city, it does not automatically follow that it is a progressive city.

But being against Donald Trump is a very low common denominator for political forces that have very different visions.

Politicians, media and activists often frame San Francisco politics as pitting the progressives against the moderates. This is a useful paradigm, but it is one for insiders rather than ordinary voters. Most voters, in San Francisco and elsewhere, understand that Republicans are conservative and Democrats are liberal. Without those labels, terms like progressives and moderate are of limited value to voters, because there is no easy way to tell who is in which camp.

The problem here is that in San Francisco, Democrat has become a meaningless label, and certainly does not indicate progressive politics. Rather, it is essentially the party you identify with if you want to get elected, as well as a label that provides cover for many conservatives.

This is not unique to San Francisco, although it may be more acute in The City.

Most American cities today are dominated by the Democratic Party with little or no Republican presence. Similarly, many suburban and rural areas are one-party Republican systems. Most Americans know that we have a two-party system, but from a practical perspective our system is more accurately understood as two parallel one-party systems with only a few places where both parties are competitive — and San Francisco is certainly not one of those places.

Unfortunately, there is no easy way out of this conundrum. The Republican Party will remain on the periphery of San Francisco politics unless it changes radically — and there is little indication of that happening. And the Democratic Party is strong enough in The City that no progressive alternative can viably compete. San Francisco will continue to deliver huge majorities to statewide and national Democratic candidates, while city politics will remain confusing to voters and driven by byzantine fights over who is the real progressive.

Lincoln Mitchell has written numerous books and articles about The City and the Giants. Visit lincolnmitchell.com or follow him on Twitter @LincolnMitchell