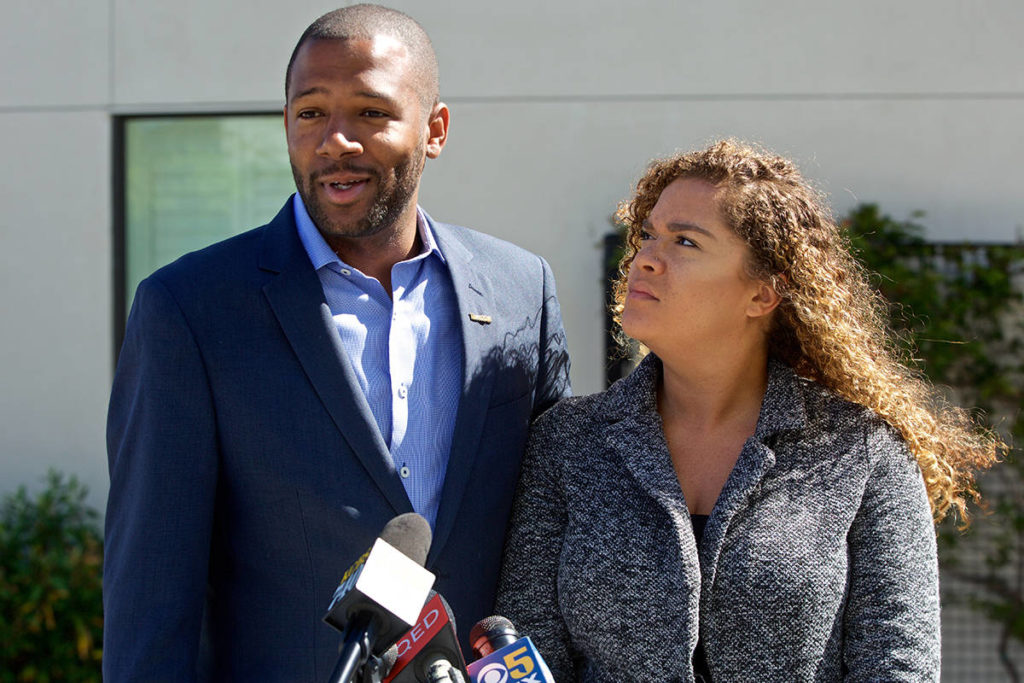 Developers of the Hunters Point Shipyard have agreed to pay $6.3 million in a settlement with homeowners facing impacts from the toxic cleanup scandal, attorneys said on Wednesday.

A judge in the U.S. District Court preliminarily approved the settlement for Lennar Corporation and FivePoint Holdings last week after a roughly year-long mediation process stemming from a suit filed in 2018. The lawsuit alleged diminished property values across 85 units since news broke that year about remediation firm Tetra Tech EC’s fraudulent cleanup scandal, in which two employees were ultimately charged and pleaded guilty to federal crimes.

“It’s a big development for the homeowners,” said Anna Marie Murphy, an attorney with Cotchett Pitre & McCarthy, representing the plaintiffs. “This is the very first part of those cases that have settled. It’s a good result for an early stage of what could be very protracted litigation.”

The homeowners are still proceeding with their case against Tetra Tech and its wholly owned subsidiary, Tetra Tech EC. Representatives for Lennar, FivePoint and Tetra Tech did not respond to a request for comment in time for publication.

Plaintiffs argued that Lennar officials learned of and concealed evidence of the fraud and said that they are unable to sell their homes for appropriate prices since the misconduct became known, court filings show. The developer built and sold 347 units at a 500-acre development of the former U.S. Navy shipyard known as Parcel A.

That parcel has not been directly implicated by the federal government in the cleanup scandal, but it is adjacent to other areas that have. The parcel was not remediated by Tetra Tech EC, and the Navy has said that surveys of Parcel A completed in 2018 to 2019 “confirmed there are no radiological health hazards on the site.”

But community members are still seeking more testing on the parcel. And documents show one Hunters Point worker told the government in 2017 that he knew of one radioactive soil sample taken at the site in 2009 that went unreported.

Homeowners will be sent notices in the mail in mid-April and their portion of the settlement for attorney fees and other costs will follow in June. Final court approval is scheduled for October.

Plaintiffs will receive more than $12,000 on average for the agreement reached in the fall.

“We’ve seen through this process the property values plummet, we’ve seen delayed development, we’ve seen promises unkept,” said Theo Ellington, a homeowner in the suit. “This is the beginning of rectifying some of that. All in all, this sets the tone that the residents, community advocates and homeowners here won’t let up. It’s disheartening that the fight continues.”

Cleanup continues on another section of the shipyard, known as Parcel G, which is expected to be transferred to The City in 2023, the Chronicle reported. The development of the entire shipyard is expected to eventually net 3,500 homes, but was put on pause due to the cleanup scandal.

Construction has begun again on 1,428 units for the first of five development phases.

“I am glad that Lennar and FivePoint have agreed to provide monetary compensation to members of community. Tetra Tech’s lies and falsification of sampling has led to broken trust in our neighborhoods and this is the least they can do,” said Board of Supervisors President Shamann Walton, who represents Hunters Point and District 10, in a text. “Our office stays committed to additional testing on Parcel A and will work to ensure that shipyard residents are safe first and receive the thriving community they were promised.”

Editor’s note: This story has been updated to clarify the names and roles of the companies involved, and to add findings related to the safety of Parcel A.