Opinion: The sobering reality behind the fight for stricter gun laws 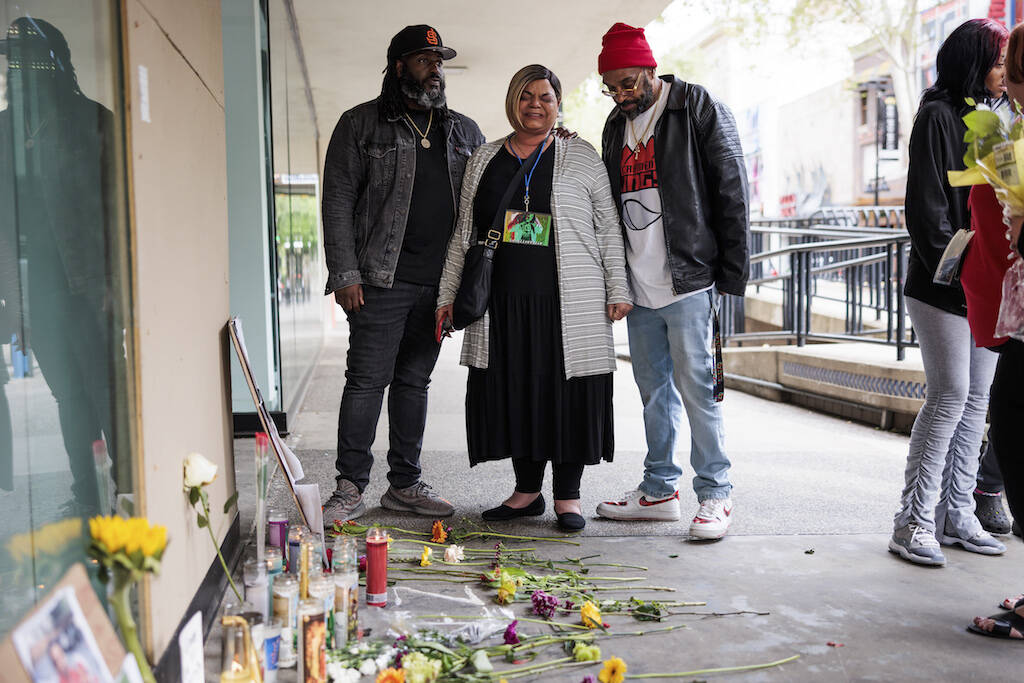 Among the most asinine things said after a mass shooting is that “now is not the time to politicize the issue.’’

Now is exactly the time to politicize the issue.

It is when the blood is fresh and the loss of life unbearable — whether on a Sacramento street or in a Sandy Hook kindergarten classroom — that the nation must confront its deadly obsession with firearms. It took less than 5,000 COVID deaths for the U.S. to shut down the nation’s schools and most of its economy. Guns kill six times that many Americans every year.

President Biden said “we must act,’’ a sentiment echoed by Speaker Pelosi, Senator Feinstein and Gov. Newsom. Waiting for a pause in the violence in a nation that averages 40 murders-by-gun a day is akin to never talking about it. Which is precisely what gun supporters want.

Yet those who rush to build momentum for stricter gun laws need to be clear-eyed about two sobering realities.

First, no measure will end gun violence. Not with 400 million weapons already in the public’s hands. Banning assault weapons might curb some of the most high-profile killings. Expanding background checks to include guns purchased at gun shows or making it tougher for those with a history of mental illness or violence to obtain guns might at least help slow access to those with deadly intent. Removing the gun industry’s liability exemption might make some manufacturers think twice about producing tools designed to kill.

But each may make only a dent in the nation’s horrific murder rate. Assault weapon killings grab headlines, but FBI statistics show roughly as many people are killed by fists or feet. Americans purchased nearly 20 million firearms last year. And among those used in murders, roughly nine in 10 are handguns. More exhaustive background checks may keep weapons away from some, though it will likely drive more sales underground.

That doesn’t mean these proposals aren’t worthwhile. Abandoning a measure because it doesn’t solve the entire problem would be as foolish as giving up on the COVID vaccine because it is only 93% effective. If gun control laws were just 10% effective, thousands of lives could be spared each year.

Gun supporters regularly point to California, the state with the nation’s strictest gun laws, as evidence that legislation won’t end the violence. Yet it is hard to draw that conclusion when those entering the state are stopped at agricultural checkpoints to make sure they aren’t carrying invasive pests, yet no one questions whether they are carrying a cache of deadly firearms.

And that brings up the second big barrier to enacting effective laws. In a nation of porous borders, it will take federal legislation to make a sizable dent in gun violence. And there is virtually no chance of passing gun measures through a Congress, which is structurally stacked in favor of rural, gun-loving states.

It makes no sense to many that the National Rifle Association — even with its vast resources — is able to stand in the way of legislation overwhelmingly favored by the public.

The explanation is that rural states, where gun ownership is high, have outsized voting power in the Senate, and can kill virtually any law that inhibits their ownership rights. The five states with the highest rates of gun ownership, starting with Montana, have a combined population of 6 million people — roughly the size of the Bay Area — and send 10 senators to Washington.

It is a quirk of American democracy. The majority of Americans favor tightening gun access to those with mental illness, requiring background checks at gun shows, instituting a national gun registry and banning assault weapons. Yet senators from the 21 states with the highest rates of gun ownership – with a combined population of roughly 19 million people or six% of the nation — can filibuster any piece of gun legislation no matter how the other 94% feel.

December will mark the 20-year anniversary of the rampage in Sandy Hook, in which a demented 20-year-old brought an assault rifle, two semi-automatic pistols and a shotgun into an elementary school and killed 26 people, most of them six- and seven-year-olds.

Tell that to the families of those killed in Sacramento or any of the 150,000 Americans shot dead since. It’s a point that should be repeated every time gun violence is in the news.

The best way to stop a bad guy with a gun is to not let him have it in the first place.

Marc Sandalow is associate director of the University of California Washington Program. He has written about Bay Area politics from Washington for nearly 30 years.